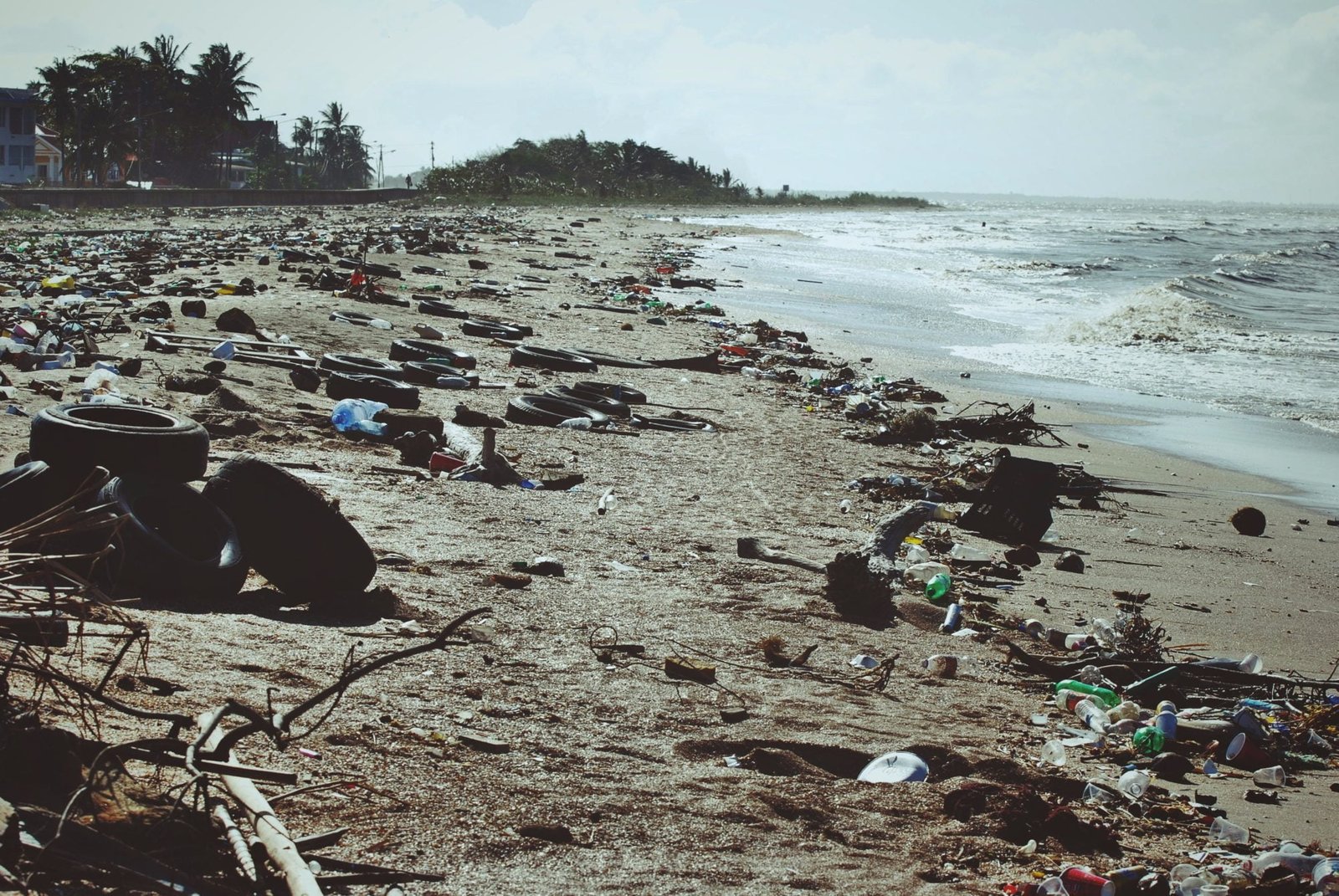 Home Education Science What is Pollution and Types of Environmental Pollution?
SScience

What is Pollution and Types of Environmental Pollution?

What is Pollution and Types of Environmental Pollution?

Pollution is the introduction of contaminants into the natural environment that causes adverse change. Pollution can take the form of chemical substances or energy, such as noise, heat or light. Pollutants, the components of pollution, can be either foreign substances/energies or naturally occurring contaminants. Pollution is often classed as point source or nonpoint source pollution.

The meaning of Pollution: “The presence in or introduction into the environment of a substance which has harmful or poisonous effects.”

History of Pollution: Air pollution has always accompanied civilizations. Pollution started from prehistoric times when man created the first fires. According to a 1983 article in the journal Science, “soot” found on ceilings of prehistoric caves provides ample evidence of the high levels of pollution that was associated with inadequate ventilation of open fires.” Metal forging appears to be a key turning point in the creation of significant air pollution levels outside the home. Core samples of glaciers in Greenland indicate increases in pollution associated with Greek, Roman and Chinese metal production, but at that time the pollution was comparatively small and could be handled by nature.

What is Environmental Pollution? Pollution, also called environmental pollution, the addition of any substance (solid, liquid, or gas) or any form of energy (such as heat, sound, or radioactivity) to the environment at a rate faster than it can be dispersed, diluted, decomposed, recycled, or stored in some harmless form. The major kinds of pollution are (classified by environment) air pollution, water pollution, and land pollution. Modern society is also concerned about specific types of pollutants, such as noise pollution, light pollution, and even plastic pollution.

What is Modern Management Accounting? Discuss

Although environmental pollution can be caused by natural events such as forest fires and active volcanoes, use of the word pollution generally implies that the contaminants have an anthropogenic source—that is, a source created by human activities. Pollution has accompanied humankind ever since groups of people first congregated and remained for a long time in any one place. Indeed, ancient human settlements are frequently recognized by their pollutants—shell mounds and rubble heaps, for instance. Pollution was not a serious problem as long as there was enough space available for each individual or group. However, with the establishment of permanent settlements by great numbers of people, pollution became a problem, and it has remained one ever since.

Cities of ancient times were often noxious places, fouled by human wastes and debris. Beginning about 1000ce, the use of coal for fuel caused considerable air pollution, and the conversion of coal to coke for iron smelting beginning in the 17th century exacerbated the problem. In Europe, from the Middle Ages well into the early modern era, unsanitary urban conditions favored the outbreak of population-decimating epidemics of disease, from plague to cholera and typhoid fever. Through the 19th century, water and air pollution and the accumulation of solid wastes were largely problems of congested urban areas. But, with the rapid spread of industrialization and the growth of the human population to unprecedented levels, pollution became a universal problem.

By the middle of the 20th century, an awareness of the need to protect air, water, and land environments from pollution had developed among the general public. In particular, the publication in 1962 of Rachel Carson’s book Silent Spring focused attention on environmental damage caused by improper use of pesticides such as DDT and other persistent chemicals that accumulate in the food chain and disrupt the natural balance of ecosystems on a wide scale.

The major types of pollution are listed below along with the particular contaminant relevant to each of them:

Air pollution: the release of chemicals and particulates into the atmosphere. Common gaseous pollutants include carbon monoxide, sulfur dioxide, chlorofluorocarbons (CFCs) and nitrogen oxides produced by industry and motor vehicles. Photochemical ozone and smog are created as nitrogen oxides and hydrocarbons react to sunlight. Particulate matter or fine dust is characterized by their micrometer size PM10 to PM2.5.

Soil contamination occurs when chemicals are released by spill or underground leakage. Among the most significant soil contaminants are hydrocarbons, heavy metals, MTBE, herbicides, pesticides and chlorinated hydrocarbons.

Radioactive contamination, resulting from 20th-century activities in atomic physics, such as nuclear power generation and nuclear weapons research, manufacture and deployment. (See alpha emitters and actinides in the environment.)

Thermal pollution is a temperature change in natural water bodies caused by human influence, such as the use of water as coolant in a power plant.

Visual pollution, which can refer to the presence of overhead power lines, motorway billboards, scarred landforms (as from strip mining), open storage of trash, municipal solid waste or space debris.

Do Survival is the Mother of Innovation? Explanation

Water pollution, by the discharge of wastewater from commercial and industrial waste (intentionally or through spills) into surface waters; discharges of untreated domestic sewage, and chemical contaminants, such as chlorine, from treated sewage; release of waste and contaminants into surface runoff flowing to surface waters (including urban runoff and agricultural runoff, which may contain chemical fertilizers and pesticides); waste disposal and leaching into groundwater; eutrophication and littering.

Plastic pollution: involves the accumulation of plastic products in the environment that adversely affects wildlife, wildlife habitat, or humans.

SScience
Data Science has become a progressive innovation that everybody appears to discuss. Hailed as the “hottest occupation of…
SScience
What is the Troposphere? It is the lowest portion of Earth’s atmosphere and is also where nearly all…