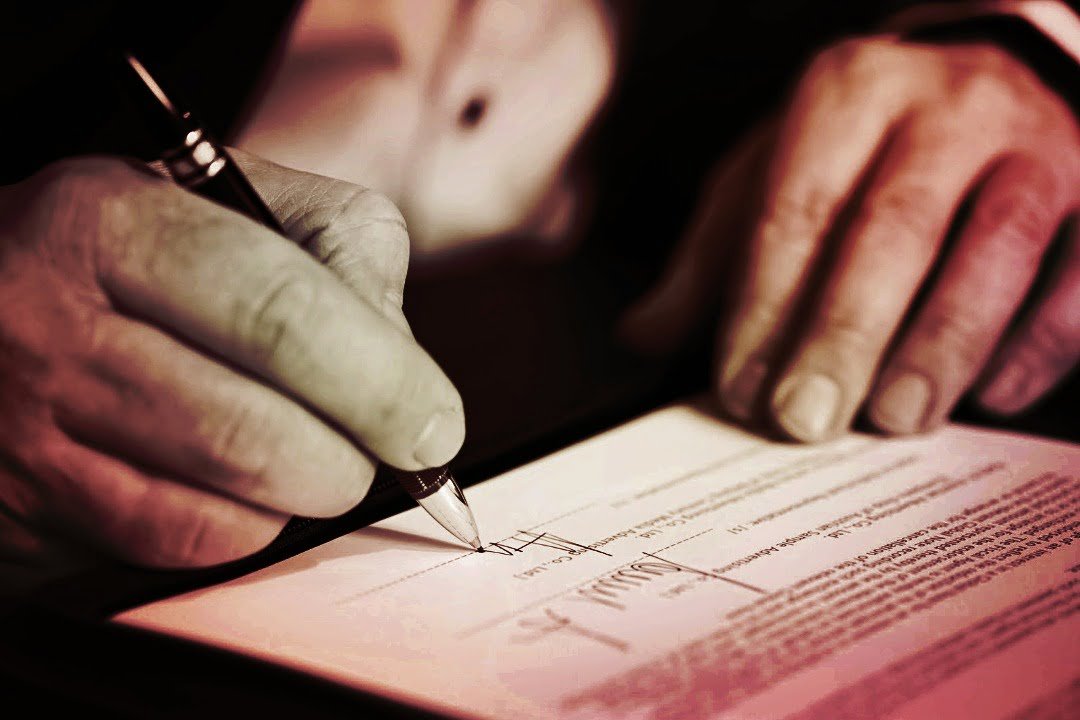 Other documents like treasury bills, dividend warrants, share warrants, bearer debentures, port trust or improvement trust debentures, railway bonds payable to bearer etc., are also recognized as negotiable instruments either by mercantile custom or under other enactments like the Companies Act, and therefore, Negotiable Instruments Act is applicable to them.

According to Section 13 of the Negotiable Instruments Act,

“A negotiable instrument means a promissory note, bill of exchange or cheque payable either to order or to bearer.”

The Act, thus, mentions three kinds of negotiable instruments, namely notes, bills and cherubs and declares that to be negotiable they must be made payable in any of the following forms:

A) Payable to order:

A note, bill or cheque is payable to order which is expressed to be “payable to a particular person or his order”.

But it should not contain any words prohibiting the transfer, e.g., “Pay to A only” or “Pay to A and none else” is not treated as “payable to order” and therefore such a document shall not be treated as the negotiable instrument because its negotiability has been restricted.

There is, however, an exception in favor of a cherub. A cheque crossed “Account Payee only” can still be negotiated further; of course, the banker is to take extra care in that case.

B) Payable to bearer:

“A negotiable instrument is one which is, by a legally recognized custom of trade or by law, transferable by delivery or by endorsement and delivery in such circumstances that (a) the holder of it for the time being may sue on it in his own name and (b) the property in it passes, free from equities, to a bonfire transferee for value, notwithstanding any defect in the title of the transferor.”

An examination of the above definition reveals the following essential characteristics of negotiable instruments which make them different from an ordinary chattel:

The transferee can sue in his own name without giving notice to the debtor:

A bill, note or a cheque represents a debt, i.e., an “actionable claim” and implies the right of the creditor to recover something from his debtor. The creditor can either recover this amount himself or can transfer his right to another person. In case he transfers his right, the transferee of a negotiable instrument is entitled to sue on the instrument in his own name in case of dishonor, without giving notice to the debtor of the fact that he has become the holder.

The better title to a bonfire transferee for value:

A bonfire transferee off a negotiable instrument for value (technically called a holder in due course) gets the instrument “free from all defects.” He is not affected by any defect of title of the transferor or any prior party. Thus, the general rule of the law of transfer applicable in the case of ordinary chattels that “nobody can transfer a better title than that of his own” does not apply to negotiable instruments.

The following instruments have been recognized as negotiable instruments by statute or by usage or custom:

Section 15 defines endorsement as follows: “When the maker or holder of a negotiable instrument signs the same, otherwise than as such maker, for the purpose of negotiation, on the back or face thereof or on a slip of paper annexed thereto, or so signs for the same purpose a stamped paper intended to be completed as negotiable instrument, he is said to endorse the same, and is called the endorser.”

Endorsements may be of the following kinds:

In the case of a conditional endorsement, the liability of the endorser would arise only upon the happening of the event specified. But they endorse can sue other prior parties, e.g., the maker, acceptor etc. if the instrument is not duly met at maturity, even though the specified event did not happen.

According to section 13 of the Negotiable Instruments Act, 1881, a negotiable instrument means,

“Promissory note, bill of exchange, or cheque, payable either to order or to bearer.”

Major features of negotiable instruments are:

The following features below are:

Negotiability confers an absolute and good title on the transferee. It means that a person who receives a negotiable instrument has a clear and indisputable title to the instrument.

However, the title of the receiver will be absolute, only if he has got the instrument in good faith and for consideration.

Also, the receiver should have no knowledge of the previous holder having any defect in his title. Such a person is known as the holder in due course.

Must be in writing:

A negotiable instrument must be in writing. This includes handwriting, typing, computer print out and engraving, etc.

In every negotiable instrument, there must be an unconditional order or promise for payment.

The instrument must involve the payment of a certain sum of money only and nothing else.

For example, one cannot make a promissory note on assets, securities, or goods.

The time of payment must be certain:

It means that the instrument must be payable at a time which is certain to arrive. If the time is mentioned as “when convenient” it is not a negotiable instrument.

However, if the time of payment is linked to the death of a person, it is nevertheless a negotiable instrument as death is certain, though the time thereof is not.

The payee must be a certain person:

It means that the person in whose favor the instrument is made must be named or described with reasonable certainty.

The term “person” includes individual, body corporate, trade unions, even secretary, director or chairman of an institution. The payee can also be more than one person.

Delivery of the instrument is essential. Any negotiable instrument like a cheque or a promissory note is not complete until it is delivered to its payee.

For example, you may issue a cheque in your brother”s name but it is not a negotiable instrument until it is given to your brother.

Stamping of Bills of Exchange and Promissory Notes is mandatory. This is required as per the Indian Stamp Act, 1899. The value of stamp depends upon the value of the pro-note or bill and the time of their payment.

The transferee of a negotiable instrument is entitled to file a suit in his own name for enforcing any right or claim on the basis of the instrument.

It is not necessary to give notice of transfer of a negotiable instrument to the party liable to pay.

Certain presumptions apply to all negotiable instruments, for example, consideration is presumed to have passed between the transferor and the transferee.

In India, a special procedure is provided for suits on promissory notes and bills of exchange.

The number of transfer:

These instruments can be transferred indefinitely until they are at maturity.

These instruments are in writing and signed by the parties, they are used as evidence of the fact of indebtedness because they have special rules of evidence.

These instruments relate to payment of certain money in legal tender, they are considered as substitutes for money and are accepted in exchange of goods because cash can be obtained at any moment by paying a small commission. Read and share the given article (Negotiable Instruments: Definition, Characteristics, and Features) in Hindi.

What are the Principles of the Contract of Insurance? Define

CCommercial Law
Meaning of Negotiable Instrument: A negotiable instrument is a specialized type of “contract” for the payment of money…

CCommercial Law
What is the Law of Equity? Maxims, Equitable Remedies, and its Essay; The law of equity began in…