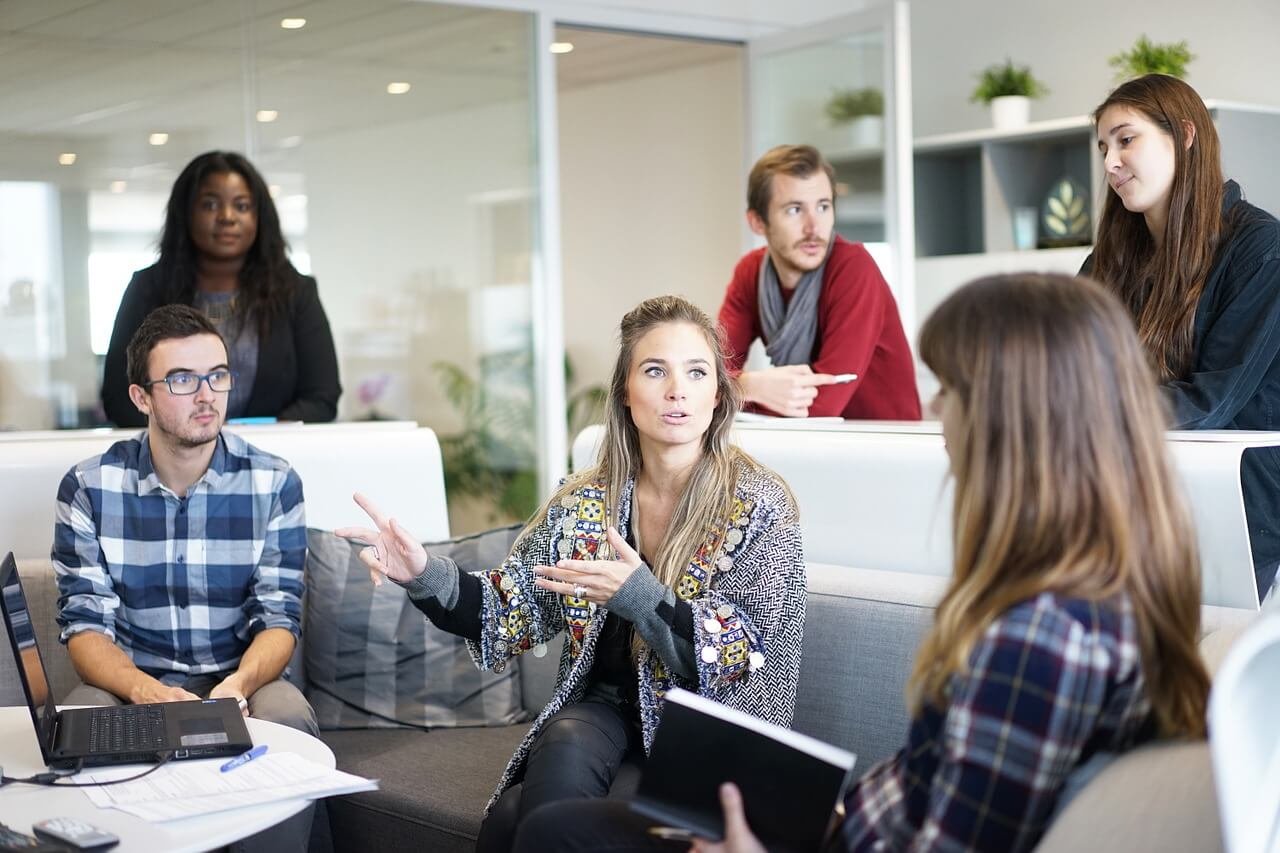 Communication Essay: They refer to all behavior, both verbal and non-verbal, which occur in a social context. This article explains about Communication with their topics – Meaning, Definition, Principles, and Elements. Another word for communication could be “Interaction”. The exchange of information or passing of information, ideas, or thoughts from one person to the other or from one end to the other is communication. According to McFarland communication is, “A process of meaningful interaction among human beings. More specifically, it is the process by which meanings are perceived and understandings are reached among human beings.” So, what is the question and topic are going to discuss.

What does Means of Communication? Definition, Principles, and Elements.

We are living in a world which is networked with them. With the advent of fast technology, the world has become a global village. The information sharing among various groups in society at national and international levels has become very smooth, effective, and efficient. With the click of the small button on the computer, you can easily get any information according to your needs and choice.

You cannot just think of a world or situation where there is no exchange of ideas, feelings, emotions, reactions, propositions, facts, and figures. From time immemorial, they have been the most important activities of human lives. The integration of the world economy has been making it possible with a strong and efficient channel of communication.

The nature of communication has gone a significant change during the last dealers. Now the economic power lies in the hands of the countries having a very sound information technology network. It is important from understanding it in terms of a process, system, interactional base, and structuring. There are various objectives of communication in business organizations.

Meaning and Definition of Communication:

There are various definitions and meaning interpreted by different scholars. T.S. Matthews says that Communication is something so difficult that we can never put it in simple words. But we do need a definition to understand the concept. In his book Communication in Business, Peter Little defines communication as the process by which information is transmitted between individuals and/ or organizations so that an understandable response results. W.H. Newman and C.F.

“Communication is an exchange of facts, ideas, opinions, or emotions by two or more persons.”

Obviously, “information” is the keyword in the first definition. But this definition does not indicate the objects about which information is to transmit. This is precisely what provides in the second definition. They transmit information not only about tangible facts and determinable ideas and opinions but also about emotions.

What is Market-Based Management?

When a communicator passes on or transmits some information, he may also, either intentionally or unconsciously, be communicating his attitude or the frame of his mind. And sometimes the latter may be more relevant to the reality that is communicating.

The following definition offered by William Scott in his book “Organisation Theory” should appear comprehensive and especially satisfying to the students of “business communication” since it touches all aspects of the communication process:

“Administrative communication is a process which involves the transmission and accurate replication of ideas ensured by feedback to elicit actions which will accomplish organizational goals.”

Important points give by their definition:

It is quite a comprehensive definition and covers almost all aspects of communication. But two comments can make on it:

The following Principles of communication below are;

It should be kept in mind that the words do not speak themselves but the speaker gives them the meaning. A clear message will evoke the same response from the other party. It is also essential that the receiver is conversant with the language, inherent assumptions, and the mechanics of communication.

They should be brief i.e. just necessary and sufficient. Repetition and over-explanation are likely to destroy the actual meaning and importance of the message. Moreover, the reader may feel disturbed by receiving a long message.

The message should give using simple and familiar words. Vague and technical words should avoid. Simple words are easy to understand and help the receiver to respond quickly.

It is meant to serve a specific purpose. This principle states that communication should be done at a proper time so that it helps in implementing plans. Any delay in communication may not serve any purpose rather decisions become of historical importance only. If they make in time, they become effective. If it makes untimely then it may become useless.

They should consider the level of people, principles & objectives of an organization to create a network or chain. Such a network will provide a better field of internal and external communications.

Strategic use of Informal Organization:

To provide a message to the receiver is not a complete communication. The principle of feedback is very important to make communication effective. There should be feedback information from the recipient to know whether he has understood the message in the same sense in which the sender has meant it. The response from a receiver is essential. Therefore feedback requires communication to be effective.

Effective listening is important in communication, otherwise, they will be ineffective and useless.

The sender should be careful in selecting proper words and forming sentences, words and structured sentences are the keys to making effective communications.

The different elements of communication are as under:

He is the person who sends his ideas to another person. The person who intends to convey the message to pass information and ideas to others knows as the sender or communicator. For example, if a manager wants to inform his subordinates about the introduction of a new product, he is the sender.

The sender also knows as the encoder decides on the message to be sent, the best/most effective way that it can be sent. All of this is done bearing the receiver in mind. In a word, it is his/her job to conceptualize. The sender may want to ask him/herself questions like: What words will I use? Do I need signs or pictures?

The idea, feeling, suggestion, guidelines, orders, or any content which intends to communicate is the message. This is the subject matter of the communications. This may be an opinion, attitude, feelings, views, orders, or suggestions. For example, the message is the introduction of a new product.

It is the process of converting the idea, thinking or any other component of the message into symbols, words, actions, diagrams, etc. Since the subject matter of communicating is theoretical and intangible, its further passing requires the use of certain symbols such as words, actions or pictures, etc. Conversion of subject matter into these symbols is the process of encoding. For example, the message connect in words and actions.

It is the medium, passage, or route through which an encoded message passes by the sender to the receiver. There can be various forms of media-face-to-face communication, letters, radio, television, e-mail, etc. The medium is the immediate form that a message takes. For example, a message may communicate in the form of a letter, in the form of an email, or face to face in the form of a speech.

It means translating the encoded message into language understandable by the receiver. The person who receives the message or symbol from the communicator tries to convert the same in such a way so that he may extract its meaning to his complete understanding.

Feedback is the process of ensuring that the receiver has received the message and understood in the same sense as the sender meant it. It is the response by the receiver. It marks the completion of the communication process. This is important as it determines whether or not the decoder grasped the intended meaning and whether the communication was successful.

It is a hindrance to the process of communication. Noise can take place at any step in the entire process. It reduces the accuracy of communication, e.g. 1) Disturbance in the telephone lines, 2) An inattentive receiver, and 3) Improper Decoding of Message, etc.

This is any factor that inhibits the conveyance of a message. That is, anything that gets in the way of the message being accurately received, interpreted, and responded to. Noise may be internal or external. A student worrying about an incomplete assignment may not be attentive in class (internal noise) or the sounds of heavy rain on a galvanized roof may inhibit the reading of a storybook to second graders (external noise).