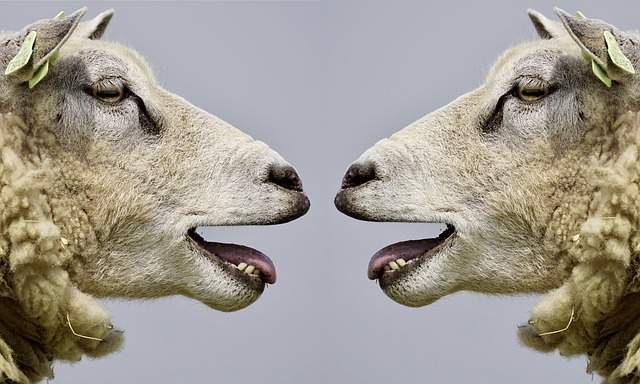 Introduction; Communication is important from the point of view of understanding it in terms of a process, system, interactional base, and structuring. There are various objectives of communication in business organizations. We are living in a world which is totally networked with communication. With the advent of fast technology, the world has become a global village.

The information sharing among various groups in society at national and international levels has become very smooth, effective and efficient. With the click of the small button on a computer, you can easily get any information according to your needs and choice. You cannot just think of a world or situation where there is no exchange of ideas, feelings, emotions, reactions, propositions, facts and figures.

From time immemorial, they have been the most important activities of human lives. The integration of the world economy has been made possible with a strong and efficient channel of communication. The nature of communication has gone a significant change during the last dealers. Now the economic power lies in the hands of the countries having very sound information technology network.

Meaning and Definition of Communication:

There are various definitions and meaning interpreted by different scholars. T.S. Matthews says that Communication is something so difficult that we can never put it in simple words. But we do need a definition to understand the concept. In his book Communication in Business, Peter Little defines communication as the process by which information is transmitted between individuals and/ or organizations so that an understandable response results. W.H. Newman and C.F. Summer Jr. define communication as, “Communication is an exchange of facts, ideas, opinions, or emotions by two or more persons”.

“Administrative communication is a process which involves the transmission and accurate replication of ideas ensured by feedback for the purpose of eliciting actions which will accomplish organizational goals.”

Obviously, “information” is the keyword in the first definition. But this definition does not indicate the objects about which information is to transmit. This is precisely what is provided in the second definition. They transmit information not only about tangible facts and determinable ideas and opinions but also about emotions. When a communicator passes on or transmits some information, he may also, either intentionally or unconsciously, be communicating his attitude or the frame of his mind. And sometimes the latter may be more relevant to the reality that is communicating.

The following definition offered by William Scott in his book “Organisation Theory” should appear comprehensive and especially satisfying to the students of “business communication” since it touches all aspects of the communication process:

According to McFarland communication is,

Newman and summer defined as,

“an exchange of facts, ideas, opinions or emotions by two or more persons.”

It is a quite comprehensive definition and covers almost all aspects of communication. But two comments can make on it:

This flow of information is vital for managerial effectiveness and decision making in general and for human resource manager in particular as he has to be in contact with the managers of various departments, employees and workers and trade union leaders. Communication thus helps understand people better removing misunderstanding and creating clarity of thoughts and expression. It also educates people.

They may written or oral, formal, informal, and upward, downward, horizontal, diagonal, interpersonal, intrapersonal, interdepartmental, intra-organisational. Communication brings people together, closer to each other. Communications an important management function closely associated with all other managerial functions.

It bridges the gap between individuals and groups through the flow of information and understanding between them. Information is the most vital aspect of communication. It is the information which is transmitted, studied, analyzed and interpreted and stored. The manager, therefore, has to spare time to collect, analyze and store the information for decision-making and routine day to day business.

In order to be effective and meaningful, the managerial function of communication essay must be guided by the following principles:

It must be such, as transmits the understanding of their message to the recipient as per the intentions of the sender. A practical application of this principle requires that the message must clearly express whether made orally or in writing. Further, the message must be complete – leaving no scope for any doubts likely to confuse the recipient and compel him towards a misinterpretation of the message.

They must make in such a manner, that it invites the attention of the recipient to it. For a practical application of this principle, it is imperative that not only must the message expressed in a pleasant and sound manner; but also the purpose of the sender in making communication, must be absolutely clarified.

The message to communicated must be brief; as usually the recipient, especially an executive, would not have much time to devote to a single piece of communication. However, the brevity of the message must not be sought at the cost of clarity or completeness of the message. The sender must strike a balance among these three factors -brevity, clarity, and completeness.

They must be timely i.e. it must make at the high time when needed to communicate to the recipient. An advanced communication carries with it the danger of “forgetting”, on the part of the recipient; while a delayed communication loses its purpose and charm, and becomes meaningless when the right time for action on it has expired.

The Appropriateness or Rationality:

It must be appropriate or rational, in the context of the realization of organizational objectives. They must be neither impracticable to act upon; nor irrational, making no contribution to common objectives.

The Constructive and Strategic Use of Informal Groups: