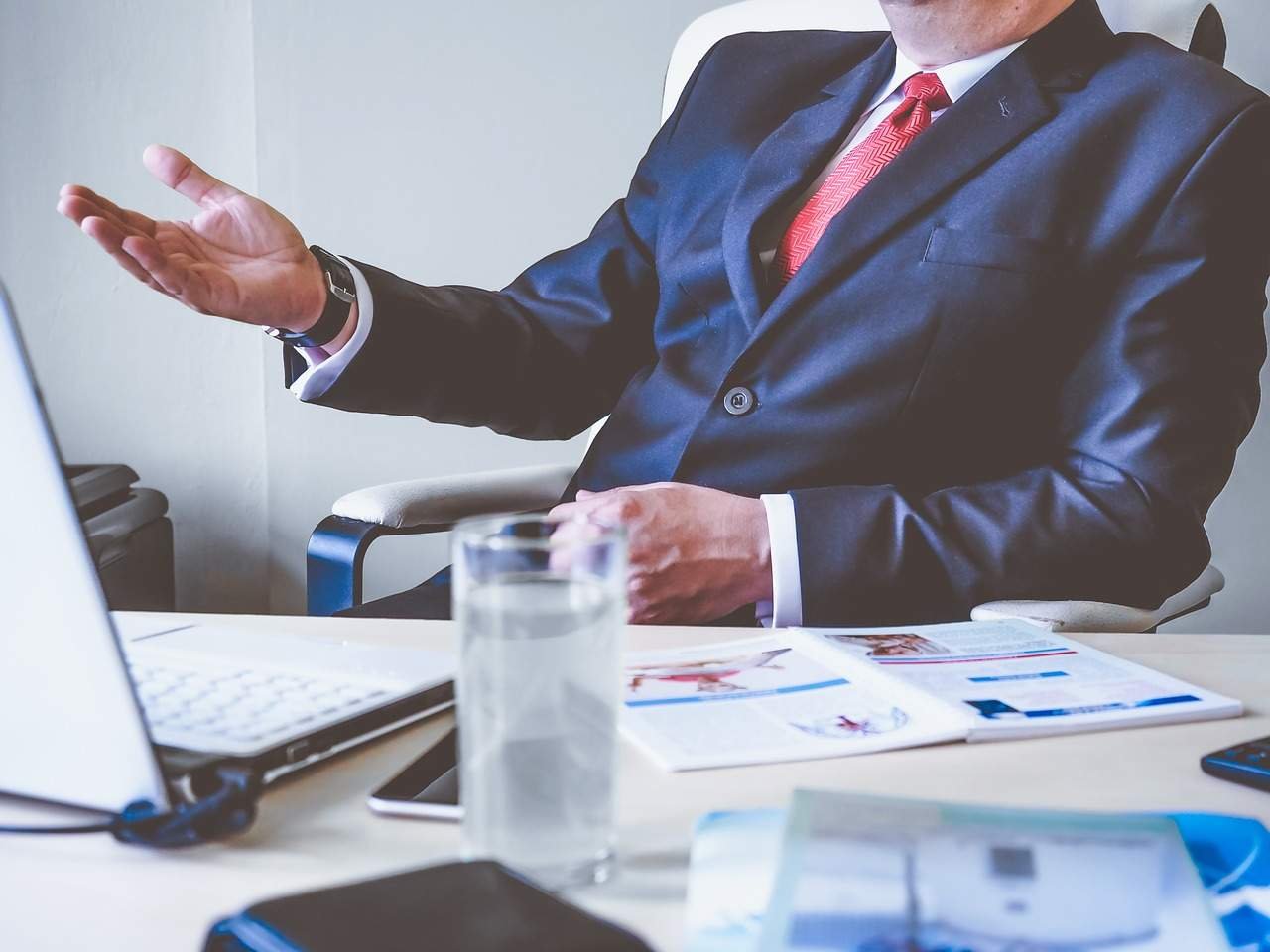 The key to Managerial Economics is the microeconomic theory of the firm. It lessens the gap between economics in theory and economics in practice. Managerial Economics is a science dealing with the effective use of scarce resources. It guides the managers in taking decisions relating to the firm’s customers, competitors, suppliers as well as relating to the internal functioning of a firm. It makes use of statistical and analytical tools to assess economic theories in solving practical business problems.

They help in the enhancement of analytical skills, assists in rational configuration as well as a solution to problems. While microeconomics is the study of decisions made regarding the allocation of resources and prices of goods and services, macroeconomics is the field of economics that studies the behavior of the economy as a whole. Managerial Economics applies microeconomic tools to make business decisions. It deals with a firm.

The use of Managerial Economics not limits to profit-making firms and organizations. But it can also use to help in the decision-making process of non-profit organizations (hospitals, educational institutions, etc). It enables optimum utilization of scarce resources in such organizations as well as helps in achieving the goals in the most efficient manner. Managerial Economics is of great help in price analysis, production analysis, capital budgeting, risk analysis, and determination of demand. Managerial economics uses both economic theories as well as Econometrics for rational managerial decision making.

As the use of statistical tools for assessing economic theories by empirically measuring the relationship between economic variables. It uses factual data for the solution of economic problems. Managerial Economics associates with the economic theory which constitutes “Theory of Firm”. The theory of the firm states that the primary aim of the firm is to maximize wealth. Decision making in managerial economics generally involves the establishment of a firm’s objectives, identification of problems involving in the achievement of those objectives, development of various alternative solutions, selection of best alternative, and finally implementation of the decision.

Managerial Economics is a Science:

Managerial Economics is an essential scholastic field. It can compare to science in the sense that it fulfills the criteria of being a science in the following sense:

The types of Product in Marketing Management!

Managerial Economics for the administration of the organization:

Managerial economics helps the management in decision making. These decisions are based on the economic rationale and are valid in the existing economic environment.

The resources are scarce with alternative uses. Managers need to use these limited resources optimally. Each resource has several uses. It is the manager who decides with his knowledge of economics that which one is the preeminent use of the resource.

Managerial Economics has components of microeconomics:

Managerial Economics has components of macroeconomics:

None of the organizations works in isolation. They affecting by the external environment of the economy in which it operates such as government policies, general price level, income and employment levels in the economy, stage of the business cycle in which economy is operating, exchange rate, the balance of payment, general expenditure, saving and investment patterns of the consumers, market conditions, etc. These aspects are related to macroeconomics.

Managerial Economics deals with human-beings (i.e. human resources, consumers, producers, etc.). Nature and attitude differ from person to person. Thus to cope up with dynamism and vitality managerial economics also changes itself over some time.

The Scope of Managerial Economics:

The fact of scarcity of resources gives rise to three fundamental questions:

To answer these questions, a firm makes use of managerial economics principles.

Relates to what goods and services should produce and in what amount/quantities. The managers use demand theory for deciding this. The demand theory examines consumer behavior with respect to the kind of purchases they would like to make currently and in future; the factors influencing purchase and consumption of a specific good or service; the impact of change in these factors on the demand of that specific good or service; and the goods or services which consumers might not purchase and consume in future. To decide the number of goods and services to produce, the managers use methods of demand forecasting.

Relates to how to produce goods and services. The firm has now to choose among different alternative techniques of production. It has to decide on the purchase of raw materials, capital pieces of equipment, manpower, etc. The managers can use various managerial economics tools such as production and cost analysis, project appraisal methods, etc for making these crucial decisions.

It is regarding who should consume and claim the goods and services producing by the firm. The firm, for instance, must decide which is its niche market-domestic or foreign? It must segment the market. It must conduct a thorough analysis of the market structure and thus take price and output decisions depending upon the type of market.

Managerial economics helps in decision-making as it involves logical thinking. Moreover, by studying simple models, managers can deal with more complex and practical situations. Also, a general approach implements. Managerial Economics take a wider picture of the firm, i.e., it deals with questions such as what is a firm, what are the firm’s objectives, and what forces push the firm towards profit and away from profit.

In short, managerial economics emphasizes the firm, the decisions relating to individual firms, and the environment in which the firm operates. It deals with key issues such as what conditions favor entry and exit of firms in a market, why are people paid well in some jobs, and not so well in other jobs, etc. It is a great rational and analytical tool. Managerial Economics is not only applicable to profit-making business organizations but also non- profit organizations such as hospitals, schools, government agencies, etc.

Managerial Economics principles assist in rational reasoning and define thinking. They develop the logical ability and strength of a manager.

Some important principles of managerial economics are:

These principles state that a decision says to be rational and sound if, given the firm’s objective of profit maximization, it leads to an increase in profit, which is in either of two scenarios:

For example – adding a new business, buying new inputs, processing products, etc. Change in output due to change in process, product or investment considers as an incremental change. The incremental principle states that a decision is profitable if revenue increases more than costs; if costs reduce more than revenues; if the increase in some revenues is more than the decrease in others; and if the decrease in some costs is greater than the increase in others.

Where MU represents marginal utility and P is the price of the good.

Similarly, a producer who wants to maximize profit (or reach equilibrium) will use the technique of production which satisfies the following condition:

Thus, a manager can make the rational decision by allocating/hiring resources in a manner which equalizes the ratio of marginal returns and marginal costs of various use of resources in specific use.

By opportunity cost of a decision is meant the sacrifice of alternatives require by that decision. If there are no sacrifices, there is no cost. According to Opportunity cost principle, a firm can hire a factor of production if and only if that factor earns a reward in that occupation/job equal or greater than it’s an opportunity cost.

According to these principles, a manager/decision-maker should give due emphasis, both to the short-term and long-term impact of his decisions, giving apt significance to the different periods before reaching any decision. Short-run refers to a period in which some factors are fixed while others are variable. The production can increase by increasing the number of variable factors.

According to these principles, if a decision affects costs and revenues in the long-run, all those costs and revenues must discount to present values before the valid comparison of alternatives is possible. This is essential because a rupee’s worth of money at a future date is not worth a rupee today. Money has a time value. Discounting can define as a process uses to transform future dollars into an equivalent number of present dollars. For instance, $1 invested today at 10% interest is equivalent to $1.10 next year.

Where FV is the future value (time at some futures time), PV is the present value (value at to, r is the discount (interest) rate, and t is the time between the future value and present value. Maybe you’d better know about Managerial Economics and their topics Nature, Scope, and Principles.