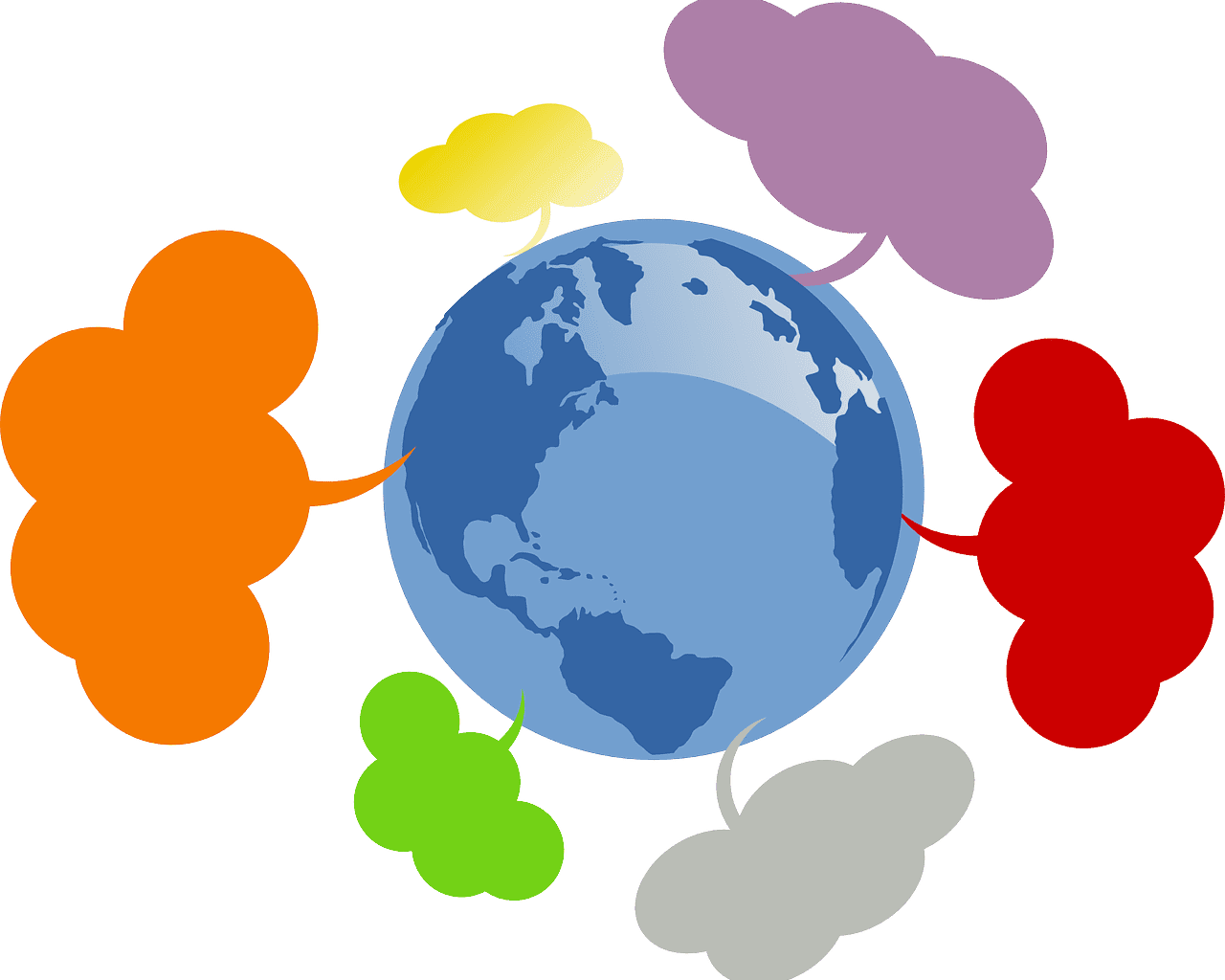 Star Network Topology Essay, Benefits, Advantages, Drawbacks, Disadvantages, and their Usage; SYNOPSIS – This study focused on a star network topology. A star network is a local area network in which all devices directly link to a central point called a hub. Star topology looks like a star but not exactly a star. The findings from the study revealed that in star topology every computer connects to a central node called a hub or a switch.

Here is the article to explain, Advantages, Disadvantages, and Usage of Star Network Topology!

Star networks are one of the most common computer network topologies that used in homes and offices. In a Star Network Topology, it is possible to have all the important data backups on the hub in a private folder, and this way if the computer fails you can still use your data using the next computer in the network and accessing the backup files on the hub. It has been realized that this type of network offers more privacy than any other network.

Star is one of the most and oldest common topologies in the local area network. The design of star topology comes from a telecommunication system. In a telephone system, all telephone calls are managed by the central switching station. Just like in star topology each workstation of the network connects to a central node, which is known as a hub. Hub is a device where the whole linking mediums come together. It is responsible for running all activities of the network. It also acts as a repeater for the data flow.

Generally, when building a network using two or more computers, you need a hub. It is possible to connect two computers directly without the need for a hub but when adding a third computer to the network, we need a hub to allow proper data communication within the network. In a Star Network, the whole network is reliant on the hub. Devices such as file servers, workstations, and peripherals are all linked to a hub.

Due to the centralization in a star topology, it is easy to monitor and handle the network making it more advantageous. Since the whole network is reliant on the hub, if the whole network is not working then there could be a problem with the hub. The hub makes it easy to troubleshoot by offering a single point for error connection at the same time the reliance is also very high on that single point.

Star topology also has some drawbacks. If the hub encounters a problem then the whole network falls short. In a Star Network Topology, it is possible to have all the important data backups on the hub in a private folder, and this way if the computer fails you can still use your data using the next computer in the network and accessing the backup files on the hub.

In this section, the researcher has clarified and explained in detail some of the advantages, disadvantages, and usage of star topology. These three concepts are the main core of this project.

The following benefits or advantages of the star network topology below are.

Each device isolate by the link that connects it to the hub. By so doing it makes the isolation of the individual devices simple. This isolation nature also prevents any noncentralized failure from affecting the network. In a star network, a cable failure will isolate the workstation that it links to the central computer, but only that workstation will isolate. All the other workstations will continue to function normally, except that they will not be able to communicate with the isolated workstation.

The topology is easy to understand, establish, and navigate. The simple topology obviates the need for complex routing or message passing protocols. As noted earlier, the isolation and centralization simplify fault detection, as each link or device can probe individually. Due to its centralized nature, the topology offers the simplicity of operation.

If any cable is not working then the whole network will not affect:

In a star topology, each network device has a home run of cabling back to a network hub, giving each device a separate connection to the network. If there is a problem with a cable, it will generally not affect the rest of the network. The most common cable media in use for star topologies un-shields twisted-pair copper cabling. If small numbers of devices utilize in this topology the data rate will be high. It is best for short distances.

You can easily add new computers or devices to the network without interrupting other nodes:

The star network topology works well when computers are at scattered points. It is easy to add or remove computers. New devices or nodes can easily add to the Star Network by just extending a cable from the hub. If the hub adds a device for example a printer or a fax machine, all the other computers on the network can access the new device by simply accessing the hub.

The star topologies ease the chance of a network failure by linking all of the computers to a central node. All computers may therefore communicate with all others by transmitting to and receiving from the central node only. Benefits from centralization: As the central hub is the bottleneck, increasing the capacity of the central hub or adding additional devices to the star, can help scale the network very easily. The central nature also allows the check-up of traffic through the network. This helps evaluate all the traffic in the network and establish apprehensive behavior.

In a star network, the whole network is reliant on the hub so if the entire network is not working then there could be a problem with the hub. This feature makes it easy to troubleshoot by offering a single point for error connection ad at the same time the dependency is also very high on that single point

Star network prevents unnecessary passing of the data packet through nodes. At most 3 devices and 2 links involve in any communication between any two devices which are part of this topology. This topology encourages a huge overhead on the central hub, however, if the central hub has plenty of capacity, then a very high network used by one device in the network does not affect the other devices in the network. Data Packets send quickly as they do not have to travel through any unnecessary. The big advantage of the star network is that it is fast. This is because each computer terminal attaches directly to the central computer.

Installation is simple, inexpensive, and fast because of the flexible cable and the modular connector.

The following drawbacks or disadvantages of the star network topology below are.

If the hub or concentrator fails, the nodes attached disable:

The performance and scalability of the network also depend on the capabilities of the hub.

Network size is limited by the number of connections that can be made to the hub, and performance for the whole network is limited by its throughput. While in theory traffic between the hub and a node isolated from other nodes on the network, other nodes may see a performance drop if traffic to another node occupies a significant portion of the central node’s processing capability or throughput. Furthermore, the wiring up of the system can be very complex.

The primary disadvantage of the star topology is the hub is a single point of failure:

If the hub were to fall short the whole network would fail as a result of the hub being connected to every computer on the network. There will be a communication breakdown between the computers when the hub fails.

When the network is being extended then there will be the need for more cables and this result in intricate installation.

More Expensive than other topologies:

It is expensive due to the cost of the hub. Star topology uses a lot of cables thus making it the most costly network to set up as you also have to trunk to keep the cables out of harm’s way. Every computer requires a separate cable to form the network. . A common cable that exists used in Star Network is the UTP or the unshielded twisted pair cable. Another common cable that exists used in star networks is the RJ45 or the Ethernet cables

Star topology is a networking setup used with 10BASE-T cabling (also called UTP or twisted-pair) and a hub. Each item on the network connects to the hub-like points of a star. The protocols used with star configurations are usually Ethernet or local-talk. Token Ring uses a similar topology, called the star-wired ring.

Star Topology is the most common type of network topology used in homes and offices. In the Star Topology, there is a central connection point called the hub which is a computer hub or sometimes just a switch. In a Star Network, the best advantage is when there is a failure in the cable then only one computer might get affected and not the entire network.

Star topology exists used to ease the probabilities of network failure by connecting all of the systems to a central node. This central hub rebroadcasts all transmissions received from any peripheral node to all peripheral nodes on the network, sometimes including the originating node. All peripheral nodes may thus communicate with all others by transmitting to, and receiving from, the central node only.

Star network exists used to transmit data across the central hub between the network nodes. When a packet comes to the hub it transfers that packet to all nodes connected through a hub but only one node at a time successfully transmits it.

In local area networks where the star topology exists used, each machine is connected to a central hub. In contrast to the bus topology, the star topology allows each machine on the network to have a point-to-point connection to the central hub and there is no single point of failure. All of the traffic which transverses the network passes through the central hub. The hub acts as a signal booster or repeater which in turn allows the signal to travel greater distances.

When your network must increase stability and speed; the star topology should consider. When you use a hub, you get centralized administration and security control, low configuration costs, and easy troubleshooting. When one node or workstation goes down, the rest of your network will still be functional.

The hub is central to a star topology and the network cannot function without it. It connects to each separate node directly through a thin flexible cable (10BASE-T cable).

To expand a star topology network, you’ll need to add another hub and go to a “star of stars” topology. In a Star Network Topology, it is possible to have all the important data backups on the hub in a private folder, and this way if the computer fails you can still use your data using the next computer in the network and accessing the backup files on the hub.

TTechnology
Hire an iOS developer in Freelance or Upwork in 2021 for Apple App; Both iOS and Android applications…

TTechnology
Benefits of Using React JS with Assistance and Hire JSON Developer for your company development. Making your business…