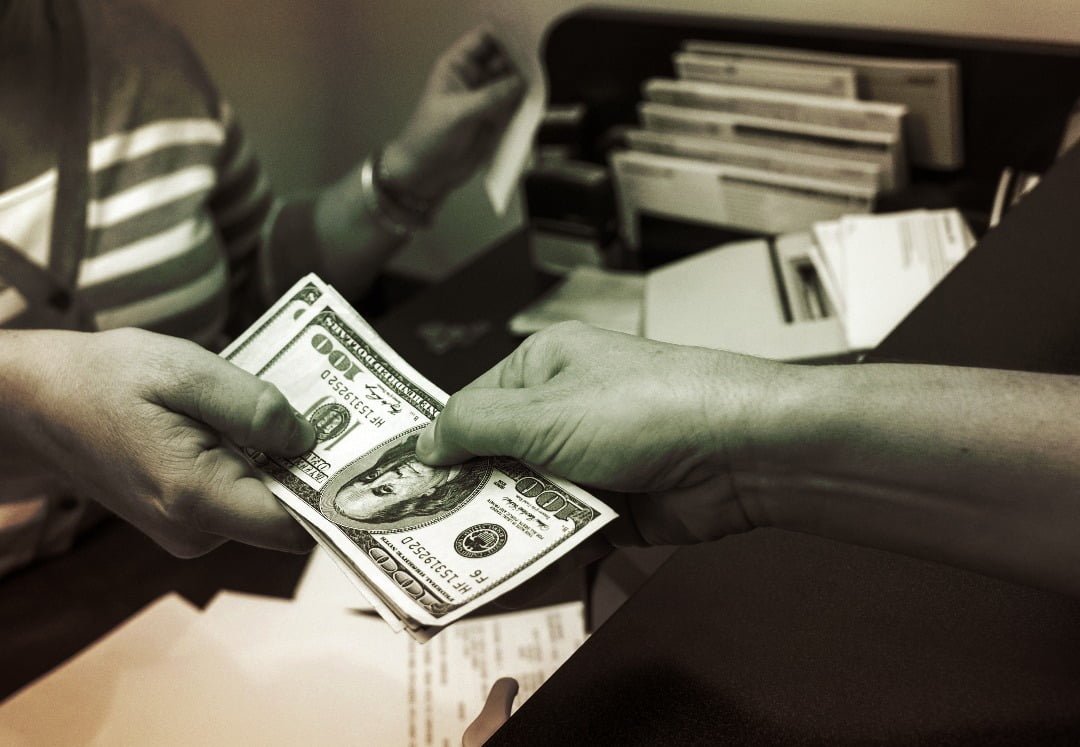 Commercial Banks: Banks have developed around 200 years ago. The nature of banks has changed as time has changed. This article explains Banks and their topics – Meaning, Functions, and Significances. The term bank relates to financial transactions. It is a financial establishment that uses, money deposited by customers for investment, pays it out when required, makes loans at interest exchanges currency, etc. however to understand the concept in detail we need to see some of its definitions. Many economists have tried to give different meanings to the term bank.

A commercial bank is a financial institution that performs the functions of accepting deposits from the general public and giving loans for investment to earn a profit. Banks, as their name suggests, ax profit-seeking institutions, i.e., they do banking business to earn a profit.

They generally finance trade and commerce with short-term loans. They charge a high rate of interest from the borrowers but pay much less rate of Interest to their depositors with the result that the difference between the two rates of interest becomes the main source of profit of the banks. Most of the Indian joint stock Banks are Commercial Banks such as Punjab National Bank, Allahabad Bank, Canara Bank, Andhra Bank, Bank of Baroda, etc.

While defining the term banks it takes into account what type of task performs by the banks. Some of the famous definitions are given below:

According to Prof. Sayers,

“A bank is an institution whose debts are widely accepted in settlement of other people’s debts to each other.”

In this definition, Sayers has emphasized the transactions from debts raised by a financial institution.

According to the Indian Banking Company Act 1949,

“A banking company means any company which transacts the business of banking. Banking means accepting for the purpose of lending or investment of deposits of money from the public, payable on demand or otherwise and withdrawable by cheque, draft or otherwise.”

They are an organization that normally performs certain financial transactions. It performs the twin task of accepting deposits from members of the public and making advances to needy and worthy people from society. When banks accept deposits its liabilities increase and it becomes a debtor, but when it makes advances its assets increase and it becomes a creditor. Banking transactions are socially and legally approved. It is responsible for maintaining the deposits of its account holders.

The main functions of commercial banks are accepting deposits from the public and advancing them loans. However, besides these functions, there are many other functions that these banks perform.

Paul Samuelson has defined the functions of the Commercial bank in the following words:

“The Primary economic function of a commercial bank is to receive demand deposits and honor cheques drawn upon them. A second important function is to lend money to local merchants farmers and industrialists.”

The major functions performed by the commercial banks are:

The demand deposits include the current account deposits and savings bank account deposits. These two types of deposits earn a very low rate of interest as they can withdraw at any time. In the case of savings deposits, the depositor did not allow withdrawing more than a fixed number of times or amount over some time.

The time or term deposits include the fixed deposit and recurring deposits. In the former, a sum deposits for a fixed period determined at the time of deposit and never allows to withdrawal before the expiry of the period of deposit. Any such foreclosures will invite a penalty apart from forfeiting the interest.

Recurring deposits are the type of deposits in which a depositor agrees to deposit a fixed sum of amount every month for several months as determined in advance, and at the end of which the depositor will be repaid his deposit amount along with interest. Every bank will be interested in mobilizing as much deposit as possible as it would improve its liquidity with which the bank can meet its liabilities and expand its business.

They accept deposits and use them for the expansion of their business. The banks never keep the deposits mobilized idle. After keeping some cash reserve, they invest the funds and earn. They also lend loans and advances to the common men after satisfying themselves about the creditworthiness of the borrowers. They grant different types of loans like ordinary loans in which the banks lend money against collateral security.

Cash credit is another type of loan in which the entire amount sanctioned credits into the borrower’s account and he permits to withdraw only a specified sum at a time. Overdraft is yet another facility under which the customer allows to withdraw an amount subject to the ceiling fixed, from his account and he pays interest on the amount of overdrawn.

One of the main functions of commercial banks is to invest their funds so as learn interest and returns apart from productively utilizing their funds. In India as per the statutes, banks must invest a part of their total investments in government securities and other approved securities to impart liquidity.

Banks apart from enabling them to earn out of their investments, nowadays have set up mutual funds through which they mobilize funds from the people who invest them in very attractive projects which is a help rendered to the investors who otherwise will not have the benefit of participating in the project. Banks administer these mutual funds through specialists and experts whose services are not available to the common men.

Purchase and Sale of Foreign Exchange:

The banks account for by far the largest proportion of all trading of both a commercial and speculative nature and operate within what knows as the interbank market. This is essentially a market composed solely of commercial and investments that buy and sell currencies from each other.

Strict trading relationships exist between the member banks and lines of credit are established between these banks before they are permitted to trade. They are a fundamental part of the foreign exchange market as they not only trade on their behalf and for their customers but also provide the channel through which all other participants must trade.

They are in essence the principal sellers within the Forex market. One important thing to remember is that commercial and investment banks do not only trade on behalf of their customers but also trade on their behalf through proprietary desks, whose sole purpose is to make a profit for the bank. It should always remember that commercial banks have exceptional knowledge of the marketplace and the ability to monitor the activities of other participants such as the central banks, investment funds, and hedge funds.

This is a major function of commercial banks. International trade depends to a large extent on the financial and other support given by the banks. Apart from encouraging bills transactions, the banks also issue the letter of credit facilitating the importers to conduct their trade smoothly.

The banks also process all the documents through consultancy services and reduce the botheration of the traders. They also lend based on commercial bills, warehouse receipts, etc., which help the traders to expand their business.

It is worth noting the credit created by the commercial banks. In the process of their lending operations, they create credit. The process involves the following mechanism; whenever the banks lend loans, they do not pay cash to the be borrowers; instead, they credit the accounts of the borrowers and allow them to withdraw from their accounts.

This means every loan given will create a deposit for the banks. Since every deposit is equal to money, banks are said to be creating money in the form of credit. As a result, the volume of funds required by the trade. The government and the country are met by the banks without any necessity to use actual cash.

Other functions of commercial banks include providing safety vault facilities for the customers, issuing traveler’s cheques acting as referees of their customers in times of need, compiling statistics and other valuable information, underwriting the issue of shares and debentures, honoring the bills drawn on them by their customers, providing consultancy services on financial and investment matters to customers, etc.

Related Posts  The Relationship between Central and Commercial Banks!

In the process of performing all the above-mentioned services. The banks play a key role in economic development and nation-building. They help the country in achieving its socio-economic objectives. With the nationalization of banks, the priority sector and the needy people provide sufficient funds which helm them in establishing themselves. In this way, the banks provide a firm and durable foundation for the economic development of every country.

The following chart depicts the main types of commercial banks in India.

The banks which did not include in the Second Schedule of RBI are known as non-scheduled banks. A non-scheduled bank has a paid-up capital and reserves of less than Rs 5 lakh. Such banks are small banks and their field of operation also limited.

A passing reference to some other types of commercial banks will be informative.

Agricultural Banks finance agriculture and provide long-term loans for buying tractors and installing tube wells. Saving Banks mobilize small savings of the people in the savings account, e.g., Post office savings bank. Cooperative Banks organizing by the people for their collective benefits. They advance loans to their members at a fair rate of interest.

The Significances of Commercial Banks:

Banks play such an important role in the economic development of a country that a modern industrial economy cannot exist without them. They constitute a Nerve center of production, trade, and industry of a country.

In the words of Wick-sell,

“Bank is the heart and central point of the modern exchange economy.”

The following points highlight the significance of commercial banks:

BBanking Content
American Express Interchange Rates Fee: How Do Their Rates and Fees Differ from Other cards? Amex’s OptBlue program…
BBanking Content
Merchant Banks is a combination of Banking and consultancy services, Banks Essay, Definition, Nature, Functions, and Characteristics. It provides…
BBanking Content
The commercial bank is the financial institution performs diverse types of functions. It satisfies the financial needs of…