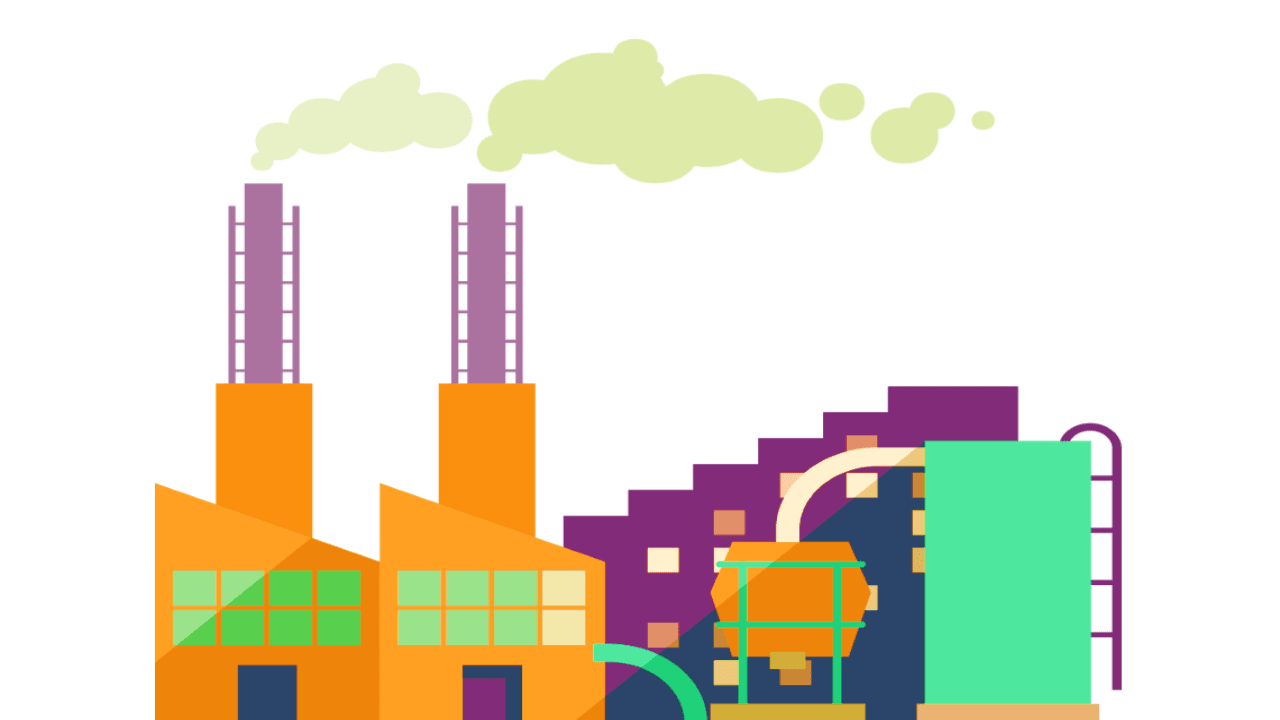 What is Air Pollution? It is an atmospheric condition in which certain substances (including the normal constituents in excess) are present in concentrations, which can cause undesirable effects on living beings and the environment. These substances include gases, particulate matter, radioactive substances, etc. The question is Briefly describe the sources, effects, and control of air pollution. Air pollution is a change in the physical, chemical, and biological characteristics of air that causes adverse effects on humans and other organisms. The ultimate result is a change in the natural environment and/or ecosystem.

What are the natural and man-made pollutants that cause air pollution? The discussion of the sources, effects, and control of air pollution.

The following natural sources of air pollution below are:

The most important indoor air pollution or pollutant is radon gas. Radon gas and its radioactive daughters are responsible for a large number of lung cancer deaths each year. Also, The Radon can emit from building materials like bricks, concrete, tiles, etc., which are deriving from soil containing radium. Radon is also present in groundwater and natural gas and emits indoors while using them.

Many houses in the under-developed and developing countries including India use fuels like coal, dung-cakes, wood, and kerosene in their kitchens. Complete combustion of a fuel produces carbon dioxide, which may not be toxic. However, incomplete combustion produces toxic gas carbon monoxide. Coal contains varying amounts of sulfur, which on burning produces sulfur dioxide.

Fossil fuel burning produces black soot. These pollutants i.e. CO, sulfur dioxide, soot, and many others like formaldehyde, benzo- (a) pyrene (BAP) are toxic and harmful to health. BAP is also found in cigarette smoke and consider to cause cancer. Also, A housewife using wood as fuel for cooking inhales BAP equivalent to 20 packets of cigarettes a day.

Air pollution has adverse effects on living organisms and materials.

The human respiratory system has several mechanisms for protection from air pollution. The hairs and sticky mucus in the lining of the nose can trap bigger particles. Smaller particles can reach the tracheobronchial system and there get trapped in mucus. Also, They are sent back to the throat by beating hair-like cilia from where they can remove by spitting or swallowing. Years of exposure to air pollutants (including cigarette smoke) adversely affect these natural defenses and can result in lung cancer, asthma, chronic bronchitis, and emphysema (damage to air sacs leading to loss of lung elasticity and acute shortness of breath).

Suspended particulate can cause damage to lung tissues and diseases like asthma, bronchitis, and cancer especially when they bring with them cancer-causing or toxic pollutants attached on their surface. Sulfur dioxide (S02) causes constriction of respiratory passage and can cause bronchitis like conditions. In the presence of suspended particulate, S02 can form acid sulfate particles, which can go deep into the lungs and affect them severely.

Oxides of nitrogen especially NO2 can irritate the lungs and cause conditions like chronic bronchitis and emphysema. Also, Carbon monoxide (CO) reaches the lungs and combines with hemoglobin of the blood to form carboxyhemoglobin. CO has an affinity for hemoglobin 210 times more than oxygen. Hemoglobin is, therefore, unable to transport oxygen to various parts of the body. This causes suffocation. Long exposure to CO may cause dizziness, unconsciousness, and even death. Many other air pollutants like benzene (from unleaded petrol), formaldehyde, and particulate like polychlorinated biphenyls (PCBs) toxic metals, and dioxins (from burning of polythene) can cause mutations, reproductive problems, or even cancer.

Air pollutants affect plants by entering through stomata (leaf pores through which gases diffuse), destroy chlorophyll, and affect photosynthesis. Pollutants also erode the waxy coating of the leaves called a cuticle. Also, Cuticle prevents excessive water loss -and damage from diseases, pests, drought, and frost. Damage to leaf structure causes necrosis (dead areas of the leaf), chlorosis (loss or reduction of chlorophyll causing yellowing of leaf) or epinasty (downward Curling of leaf), and abscission (dropping of leaves). Particulates deposited on leaves can form encrustations and plug the stomata. The damage can result in the death of the plant.

Air pollutants mixing up with rain can cause high acidity (lower pH) in freshwater lakes. This affects-aquatic life especially fishes. Some of the freshwater lakes have experienced total fish death.

Because of their corrosiveness, particulate can cause damage to exposed surfaces. Also, The presence of SO2 and moisture can accelerate the corrosion of metallic surfaces. SO2 can affect fabric, leather, paint, paper, marble, and limestone. Ozone in the atmosphere can cause the cracking of rubber. Oxides of nitrogen can also cause fading of cotton and rayon fibers.

Air pollution can minimize by the following simple methods:

The following items are commonly used as pollution control devices by industry or transportation devices. They can either destroy contaminants or remove them from an exhaust stream before it emits into the atmosphere.

Mechanical collectors (dust cyclones, multi-cyclones)- Cyclonic separation is a method of removing particulates from an air, gas, or water stream, without the use of filters, through vortex separation. Also, Rotational effects and gravity are used to separate mixtures of solids and fluids. A high speed rotating (air) flow establish within a cylindrical or conical container called a cyclone.

In a conical system, as the rotating flow moves towards the narrow end of the cyclone the rotational radius of the stream reduces, separating smaller and smaller particles. The cyclone geometry, together with the flow rate, defines the cut point of the cyclone. This is the size of the particle that will remove from the stream with 50% efficiency. Particles larger than the cut point will remove with greater efficiency and smaller particles with lower efficiency.

An electrostatic precipitator (ESP), or electrostatic air cleaner is a particulate collection device that removes particles from a flowing gas (such as air) using the force of an induced electrostatic charge.

Electrostatic precipitators are highly efficient filtration devices that minimally impede the flow of gases through the device, and can easily remove fine particulate matter such as dust and smoke from the air stream.

In contrast to wet scrubbers which apply energy directly to the flowing fluid medium, an ESP applies energy only to the particulate matter being collecting and therefore is very efficient in its consumption of energy (in the form of electricity).

The term wet scrubber describes a variety of devices that remove pollutants from a furnace flue gas or other gas streams. In a wet scrubber, the polluted gas stream is brought into contact with the scrubbing liquid, by spraying it with the liquid, by forcing it through a pool of liquid, or by some other contact method, to remove the pollutants. Also, The design of wet scrubbers or any air pollution control device depends on the industrial process conditions and the nature of the air pollutants involved.

Any droplets that are in the scrubber inlet gas must separate from the outlet gas stream using another device referred to as a mist eliminator or entrainment separator (these terms are interchangeable).