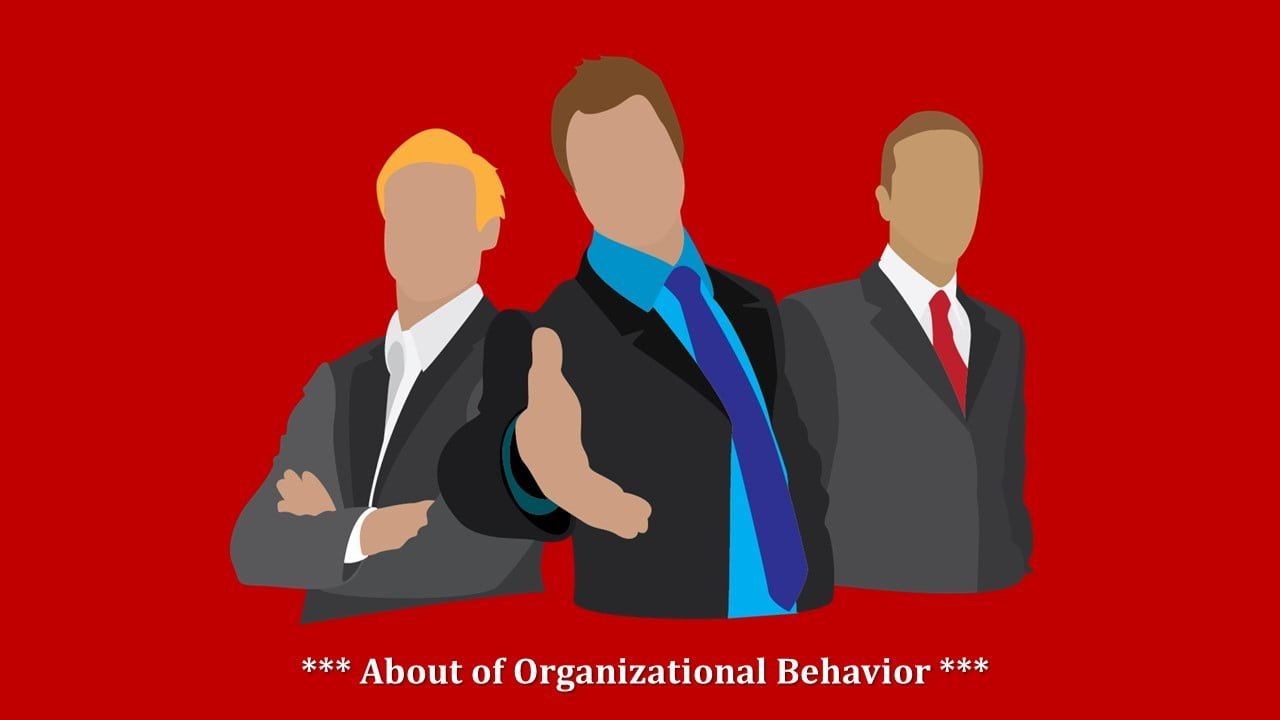 What do you know about Organizational Behavior?

About of Organizational Behavior; Organizational behavior is a delicate and complex process. The knowledge and information explosion, global competition, total quality, and diversity are some of the bitter realities that the managers are facing today. There are many solutions being offered to deal with these complex challenges. Yet the simple but most profound solution may be found in the words of Sam Walton, the richest person in the world and the founder of Wal-Mart. Sam was once asked the key to successful organizations and management. Sam quickly replied, “People are the key”.

What do you know about Organizational Behavior?

The term paradigm comes from the Greek word “Paradigma”, which means ”model, pattern or example”. First introduced over thirty years ago, by the philosophy and science historian Thomas Khun, the term “paradigm” is now used as, a broad model, a framework, a way of thinking, and a scheme for understanding reality. The impact of information technology, total quality, and diversity mentioned earlier has led to a paradigm shift.

The organizational behavior has a goal to help the managers make a transition to the new paradigm. Some of the new paradigm characteristics include coverage of second-generation information technology and total quality management such as empowerment, re-engineering and benchmarking, and learning organization for managing the diversity of work. The new paradigm sets the stage for the study, understanding, and application of the time-tested micro-variables, dynamics, and macro-variables. One must know why management needs a new perspective to meet the environmental challenges and to shift to a new paradigm.

A NEW PERSPECTIVE FOR MANAGEMENT:

Most managers think that their employees are lazy, and are interested only in money and that if you could make them happy in terms of money, they would be productive. If such assumptions are accepted, the human problems that the management is facing are relatively easy to solve.

But human behavior at work is much more complicated and diverse. The new perspective assumes that employees are extremely complex and that there is a need for theoretical understanding given by empirical research before applications can be made for managing people effectively.

The following are below;

Scientific management approach was developed by F.W. Taylor at the beginning of the 20th century. This theory supported the use of certain steps in scientifically studying each element of a job, selecting and training the best workers for the job arid making sure that the workers follow the prescribed method of doing the job. It provided a scientific rationale for job specialization and mass production. His assumption was that employees are motivated largely by money. To increase the output, Taylor advised managers to pay monetary incentives to efficient workers.

Yet, his theory was criticized by many employers and workers. Workers objected to the pressure of work as being harder and faster. Critics worried that the methods took the humanity out of labor, reducing workers to machines responding to management incentives. Therefore, Taylor’s view is now considered inadequate and narrow due to the points given by the critics.

While scientific management was focusing on the interaction between workers and the task, me researchers were studying how to structure the organization more effectively. Instead of trying to make each worker more efficient, classical organization theory sought the most effective overall organizational structure for workers and managers.

Henry Ford, Henry Fayol and Frederick W. Taylor, the early management pioneers, recognized the behavioral side of management. However, they did not emphasize the human dimensions. Although there were varied and complex reasons for the emerging importance of the behavioral approach to management, it is generally recognized that the Hawthorne studies mark the historical roots for the field of organizational behavior.

Even, as Taylor and Weber brought attention with their rational, logical approaches to more efficient productivity, their views were criticized on the ground that both approaches ignored worker’s humanity.

The real beginning of applied research in the area of organizational behavior started with Hawthorne Experiments. In 1924, a group of professors began an inquiry into the human aspects of work and working conditions at the Hawthorne plant of Western Electric Company, Chicago. The findings of these studies were given a new name ‘human relations’ the studies brought out a number of findings relevant to understanding human behavior at work. The Human element in the workplace was considerably more important. The workers are influenced by social factors and the behavior of the individual worker is determined by the group.

Related Posts  What is Market-Based Management?

Hawthorne studies have been criticized for their research methods and conclusions are drawn. But their impact on the emerging field of organizational behavior was dramatic. They helped usher in a more human-centered approach to work.

There are mainly four approaches to organizational behavior. They are:

The human resources approach is concerned with the growth and development of people towards higher levels of competency, creativity, and fulfillment because people are the central resource in any organization. This approach helps employees become better in terms of work and responsibility and then it tries to create a climate in which they can contribute to the best of their improved abilities. This approach is also known as ‘supportive approach’ because the manager’s primary role changes from the control of employees to provide active support for their growth and performance.

A contingency approach to organizational behavior implies that different situations require different behavioral practices for effectiveness instead of following a traditional approach for all situations. Each situation must be analyzed carefully to determine the significant variables that exist in order to establish more effective practices. The strength of this approach is that it encourages an analysis of each situation prior to action. Thus, it helps to use all the current knowledge about people in the organization in the most appropriate manner.

A system is an interrelated part of an organization or a society that interacts with everyone related to that organization or society and functions as a whole. Within the organization ‘people’ employ ‘technology’ in performing the ‘task’ that they are responsible for, while the ‘structure’ of the organization serves as a basis for coordinating all their different activities.

Organizations are dependent upon their surrounding environment in two main ways:

First, the organization requires ‘inputs’ from the environment in the form of raw material, people, money, ideas and so on. The organization itself can be thought of as performing certain ‘transformation’ processes, on its inputs in order to create outputs in the form of products or services.

A Separate Field of Study; Organizational behavior can be treated as a distinct field of study. It is yet to become a science. Now efforts are being made to synthesize principles, concepts, and processes in this field of study.

The basic objective of organizational behavior is to make the application of various researches to solve organizational problems, particularly related to the human behavioral aspect.

Organizational behavior focuses on the attention of people from a humanistic point of view. It is based on the belief that the needs and motivation of people are of high’ concern. Further, there is optimism about the innate potential of man to be independent, creative, predictive and capable of contributing positively to the objectives of the organization.

An individual’s behavior can be analyzed keeping in view his psychological framework, interpersonal-orientation, group influence, and social and cultural factors; Thus, individual’s nature is quite complex and organizational behavior by applying systems approach tries to find solutions for this complexity.

Common Mistakes to Avoid for Beginners

How to Speak Fluently English in Week