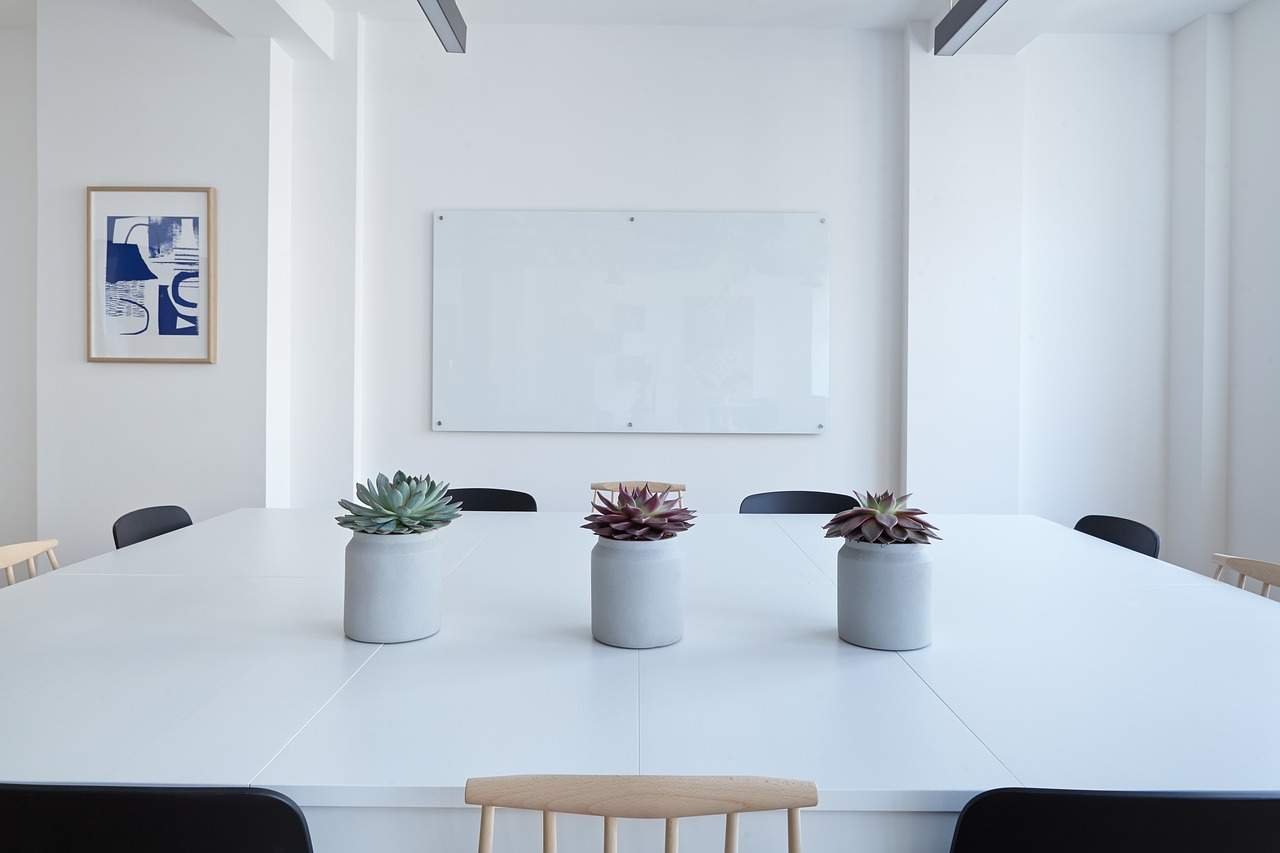 The phrase global digital divide has become a global phenomenon and has taken the world by storm, with It an Essay and Examples. What exactly does this term mean and what does it entail? This phenomenon became current during the mid-1990s and define as the segregation between those; who have access to advanced forms of technology and those who do not have access to advanced forms of technology specifically between the developing and non-developing world.

Here is the article to explain, The definition of Global Digital Divide with an Essay and Examples!

Moreover, this paper will utilize the success story of Mauritius as a comparison of how once government institutions; and powers are actively involved within communities by providing subsidized internet access; the division caused by the global digital divide examples minimizes.

Furthermore, this specific case study of Mauritius provides hope and ambition to other African states specifically in the context of South Africa; that if a community-supported with powerful institutions and federal resources combating the global digital divide examples is possible. Likewise, this paper will focus on both the quantitative and primarily the qualitative research measures that differ between how Mauritius successfully combated the global digital divide along with the obstacles; which hindered South Africa’s potential success of combating the digital divide; the challenges which prevented the success of South Africa.

Additionally, Mauritius is a small island nation within the Sub-Saharan region of Africa. Mauritius has a population of about 1.2 million and an estimated 70% of the nation’s population aged between 15-64; as well as an estimated 88% are literate. Despite English being the official language; it spoke by less than 1% of the population, while the majority (80%) speak Creole.

Interestingly enough, Mauritius existed previously colonized by both the Dutch and French; although either french or dutch are prominent languages in Mauritius. Mauritius adopted towards establishing an English-speaking nation after the colonial period; which has significantly helped them in the world trading market and ultimately increased the nation’s literacy rate to 88%. As well as “These efforts have​ been acknowledged in the e-government readiness ranking by United Nations”​.

Furthermore, the government of Mauritius proposed a five-year National ICT Strategic Plan in 2007. This plan aspires to convert Mauritius into a favored hot spot for ICT skills, expertise, and employment in the region. Additionally, once Mauritius converts into an ICT hub; this will allow Mauritius to have the necessary skills they need to access the Internet without any challenges.

How to Explain the Different types of Data Mining Model?

Furthermore, the targeted installment of kiosks throughout Mauritius primarily in geographically located areas; such as rural neighborhoods has been positively linked with ICT use. Findings include that perceived usefulness and subjective norm are both factors that lead to the positive use of ICT.

Perceived usefulness can define as “a degree to which an​ individual believes that using a particular technology would enhance performance”.

To guarantee the relevance of internet kiosks, a diverse range of sources; such as internet browsing, word processing, health care, and e-mail is more efficient compared to third-party sources; which typically come at a cost. Thus, these advances are more likely to encourage the use of publicly subsidized Kiso’s.

Additionally, the subjective norm positively links to ICT use. Subjective norm can define as “an individual’s perception of the extent to​ which important social referents would desire the performance of a behavior”, this factor is relevant in Mauritius. For example, if a relative or friend suggest the use of public internet kiosks is helpful and encourages one to make use of it; the individual is more likely to believe his or her friend or relative and in return has the motivation and intention to use the public internet kiosk.

Moreover, this essay will focus on a case study of South Africa; and the challenges that this nation faces with combating the global digital divide. In the article Addressing the digital divide. Online information review (2001).​

Cullen highlights that a major issue is the lack of physical access to ICT’s. The constraint with physical access to ICT use in South Africa is that the majority of ICT centers; and hubs are located in major cities as opposed to geographically isolated areas such as rural neighborhoods. Similarly, constantly commuting to these locations is not feasible along with another obstacle; which is the challenges that disabled people encounter.

Therefore, not only are an absence of ICT use in rural areas but the commute cost is to the ICT centers is not feasible along with the significant challenges that these commutes can be for disabled people. Also, according to statistics on world connectivity; findings show that during the year 2000 South Africa’s number was 440,000 compared to Mauritius’s number of 1.8 million.

Likewise, in the article Reevaluating the global digital divide: Socio-demographic and conflict barriers to the internet revolution. Sociological Inquiry (2010).​

Robinson and Crenshaw, highlight a vital constraint towards Internet connectivity which is oftentimes dismissed. This constraint is the impact and influence that political leaders have on the nation. Nations which have liberal and democratic leaders are more likely to have citizens that are proactive and engaging in internet activity. Similarly, these leaders are also more likely to incorporate activities and programs; which motivate ICT use similarly to Mauritius Strategic Plan. Moreover, the turmoil of the post-apartheid conflict in South Africa is still significantly relevant in today’s society.

Although this conflict occurred over 20 years ago, South Africa’s trajectory was stagnant for a few years; and it hasn’t been until recent presidential figures that democratic values became acceptable. Thus, this greatly impacts political institutions to confidently and successfully incorporate and introduce ICT; use simply because South Africa’s primary concern was moving past an apartheid government; basic values such as marrying someone of the opposite race; and freedom of speech were primary concerns rather than Internet connectivity.

Additionally, in the article Information access for development: A case study at a rural community center in South Africa (2006).

Jacobs and Hersleman argue the barriers which restrict ICT use in South Africa. These barriers include, “lack of awareness of the benefits of ICTs” ​ ​and”lack of ICT skills and​ support”. As mentioned above, South Africa is progressing rather slowly post-apartheid. This plays a significant role in the barriers of ICT use because; although they may have established ICT hubs in populated cities Capetown, Durban, and Soweto; there is one problem that contributes to both the lack of awareness of benefits and lack of ICT skills and support.

Furthermore, in the article Time machines and virtual portals: The spatialities of the digital divide. Progress in development studies ​ ​(2011).

Graham highlights that cultural barriers play a significant role in contributing to the lack of Internet connectivity, information, and access.

Also, not only is English not commonly spoken outside of these main cities, the degree of English use on computers or Kiosks and other forms of ICT are not at a beginner level.

Ultimately, this creates a significant barrier to access to the Internet.

The languages spoken depend on which region or part of South Africa an individual is in. Unlike Mauritius, English is not the most common and main language spoken in South Africa; therefore an alternative can be to provide translators at community centers or providing installing alternative language options on computer or kiosk settings.

Moreover, in the article The impact of connectivity in Africa: Grand Visions and the mirage of inclusive digital development. The Electronic Journal of Information Systems in Developing​ Countries ​(2017).

The Angel of the Odd

Overall, the highlighted challenge that South Africa faces to combat or mitigate the global digital divide is the lack of physical access; ICT’s do not place in geographically isolated areas such as rural neighborhoods; thus making the commute costly and challenging for those with disabilities.

English spoke throughout South Africa, however, it is not the dominant language, and providing ICT’s with intricate levels of English is a barrier that prevents successful ICT use. Comparingly, Mauritius was successful in mitigating the global digital divide examples because English is their main language and they placed publicly subsidized kiosks in rural areas as well as provided the necessary skills needed to navigate kiosks.

Moreover, as mentioned above there is a variety of contributing factors that have been constraints in South Africa’s success in combating the global digital divide. The supporting articles of the challenges that South Africa faces in this essay provide significant support for both quantitative and primarily quantitative research.

Throughout, the articles surrounding South Africa, there has not been a great deal of statistical data as opposed to Mauritius. Additionally, South Africa’s recent history with geopolitical affairs and conflict plays a significant role in their trajectory towards combating the global digital divide.

Mauritius had both fewer geopolitical and post-colonization obstacles compared to South Africa. As well, suggestions for South Africa are to place ICT’s in geographically isolated regions with different language options as well as advertising where ICTs can find along with having staff or volunteers at the ICT locations that are knowledgeable on how to successfully navigate ICT’s trajectory towards combating the global digital divide.

1800s Women how were Treated or Role in Society?