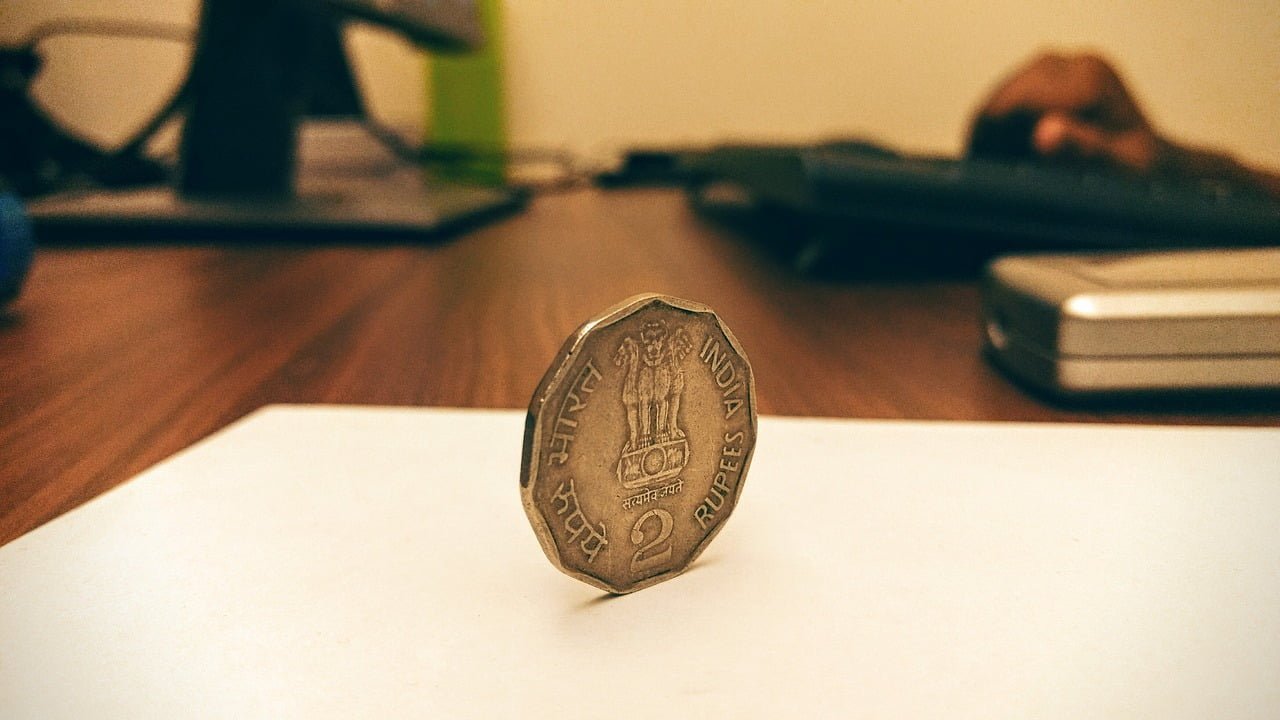 How to Analysis of Capitalism in India?

What is Capitalism? In the capitalist economic system, all farms, factories and other means of production are the property of private individuals and firms. In the words of Loucks, “Capitalism is a system of economic organization featured by private ownership and use for private profit of man-made and nature-made capital”. So, what is the question we are going to discuss; How to Analysis of Capitalism in India?

Definition; According to Wright, “Capitalism is a system in which, on average, much of the greater portion of economic life and particularly of net new investment is carried on by private (i.e. non-government) units under conditions of active and substantially free competition and avowedly at the least, under the incentive of hope for profit”.

The Features of Capitalism:

The principal features of capitalism are discussed below; key points.

The following are the economic bases of capitalism, now explain each below:

Under capitalism, the price mechanism operates automatically without any direction and control by the central authorities. It is the profit motive which determines production. Profit being the difference between outlay and receipt, the size of profit depends upon prices. The larger the difference between prices and costs, the higher is the profit. Again, the higher the prices, the greater are the efforts of the producers to produce the varied quantities and types of products. It is the consumers’ choices which determine what to produce, how much to produce, and how to produce. Thus capitalism is a system of mutual exchanges where the price-profit mechanism plays a crucial role.

Role of the State:

During the 19th century, the role of the state was confined to the maintenance of law and order, protection from external aggression, and provision for educational and public health facilities. This policy of laissez-faire—of non-intervention in economic affairs by the state—has been abandoned in capitalist economies of the West after the Second World War. Now the state has important tasks to fulfill. They are monetary and fiscal measures to maintain aggregate demand; anti-monopoly measures and nationalized monopoly corporations; and measures for the satisfaction of communal wants such as public health, public parks, roads, bridges, museums, zoos, education, flood control, etc.

Related Posts  Why is the Study of Economics Important?

Under capitalism, there is no governmental control over the forces of production, distribution, and exchange. It is controlled by the forces operating in the market. There is no price control or regulated distribution by the government. The economy operates freely under the law of demand and supply. The capitalist economy is a liberalized or market economy.

Under capitalism, ‘the consumer is the king.’ It means freedom of choice by consumers. The consumers are free to buy any number of goods they want. Producers try to produce a variety of goods to meet the tastes and preferences of consumers. This also implies freedom of production whereby producers are at liberty to produce a vast variety of commodities in order to satisfy the consumer who acts like a ‘king’ in making a choice out of them with his given money income. These twin freedoms of consumption and production are essential for the smooth functioning of the capitalist system.

Freedom of enterprise means that there is the free choice of occupation for an entrepreneur, a capitalist, and a laborer. But this freedom is subject to their ability and training, legal restrictions, and existing market conditions. Subject to these limitations, an entrepreneur is free to set up any industry, a capitalist can invest his capital in any industry or trade he likes, and a person is free to choose any occupation he prefers. It is on account of the presence of this important feature of freedom of enterprise that a capitalist economy is also called a free enterprise economy.

It is another important feature of capitalism. Capitalism arose as a result of the industrial revolution which made large-scale production possible. The installation of gigantic plants and division of labor increased production. More production means wider use of capital and led to more profits.

Competition is one of the most important features of a capitalist economy. It implies the existence of a large number of buyers and sellers in the market who are motivated by self-interest but cannot influence market decisions by their individual actions. It is competition among buyers and sellers that determine the production, consumption, and distribution of goods and services. There being sufficient price flexibility under capitalism, prices adjust themselves to changes in demand, in production techniques, and in the supply of factors of production. Changes in prices, in turn, bring adjustments in production, factor demand, and individual incomes.

How to the Growth of Capitalism in India?

In primitive societies the usual system of exchanging goods vas barter system. At that time the idea of profit did not exist, ‘people accumulated goods not for making a profit during the days of scarcity but to gain prestige. The system of trading often consisted if giving and mutual rendering of services. Economic factors such as wages, investment; interest and profit were practically unknown preliterate societies. During the early Middle Ages, trade and commerce were little more advanced than they had been among the primitive peoples.

While at first conducted largely on a barter basis, trading came gradually more and more to involve money as a medium of exchange. This gave a fillip to the development of trade and commerce which gave importance to money, gold, silver, and tokens thereof. Money is not property, it is a symbol of property; it has a profound influence on the uses to which productive properties are put. According to Simmel, the establishment of the institution of money in the economic system of modern western society has had far-reaching effects upon almost every phase of life.

It resulted in greater freedom for both the employer and employee and for both the seller and buyer of goods and services since it makes for the depersonalized relationship between the two parties in a transaction. Simmel maintains that the institution of money has radically changed our whole philosophy of life. It has made us pecuniary in our attitudes so that everything is evaluated in terms of money, and as social contacts have become depersonalized, human relations have become superficial and cold.

Related Posts  How to Set the Right Goals?

In the early part of the modern period, the economic activities were generally regulated by the governing powers. It was an economic reflection of the growing unification of European peoples under strong monarchical Governments. The interest of the secular rulers lay in internal unification and this necessarily meant economic as well as political integration. The mercantilist ideology dominated the period. The economic activities of the people were politically regulated to increase the profits of the king and to fill his treasury with wealth.

The nation was looked upon by the mercantilist as an economic organization engaged in the making of profit. The ownership and use of productive properties were minutely regulated by mercantilist’s law. Then came the Industrial Revolution which changed the techniques of production. The policy of mercantilism also had failed to bring about the welfare of the people. To secure maximum production of usual goods the new do “trine of ‘Laissez-faire’ was propounded.

The doctrine preached non- interference in economic matters. According to this doctrine, if individuals pursue their own interest, unhampered by restriction; they will achieve the greatest happiness of the greatest number. Its advocates, Adam Smith, J.S. Mill, Spencer, and Sumner contended that Government should remove all legal restrictions on trade, on production, on the exchange of wealth and on the accumulation of property.

Upon these principles and in response to the changing techniques of production brought about by the Industrial Revolution, a new system of property ownership and ‘production’, capitalism developed. The Industrial Revolution replaced factories in place of households. In factories, the work was divided up into little pieces, each worker doing a little piece. Production increased. Large plants in -course of time were set.

Corporations owning large plants came into being. All these developments of mass production, the division of labor, specialization, and exchange were accompanied by capitalism. In this new system of production and exchange, the ownership of productive properties was both individualized and divested of all social responsibility.

The Property became private and was freed from all obligations to the state, church, family and other institutions. The owners of the factory were free to do as they pleased. Profit was the main motive for them. They were under no obligation to produce goods if they believed that they could not make the profit. The mode of production was profit-oriented and the Governments in adherence to the doctrine of Laissez-faire supported the owners in this right.

How to understand Capitalism as a Process?

With the growth of the capitalist system there was:

In the words of Raymond Aron,

“For one thing the Marxist conception of capitalist society and of society, in general, is sociological but this sociology is related to philosophy, and a number of interpretative difficulties arise from the relation of philosophy to sociology.”

Hence Marx’s predictions about the downfall of capitalism have not come true everywhere. His idea of constant pauperization of Labour is wrong so far as Western societies are concerned. Neither is there any proof of Proletaization. The claim of the destruction of capitalism is inevitable is far from being scientific.

Related Posts  What are Fundamentals of Economics?

What do the Social Consequences of Capitalism?

Capitalism or economic development has brought in some good consequences which are as follows:

But in spite of the above good consequences capitalism has proved a curse instead of a blessing.

Its bad effects are the following:

It has led to the moral degeneration of man. Obviously, capitalism has failed to bring about the moral development of man. It is injurious both to society and the individual. In short, it has proved a curse to humanity instead of a blessing. Karl Marx was its bitter critic.

5 Advantages and disadvantages of Capitalism