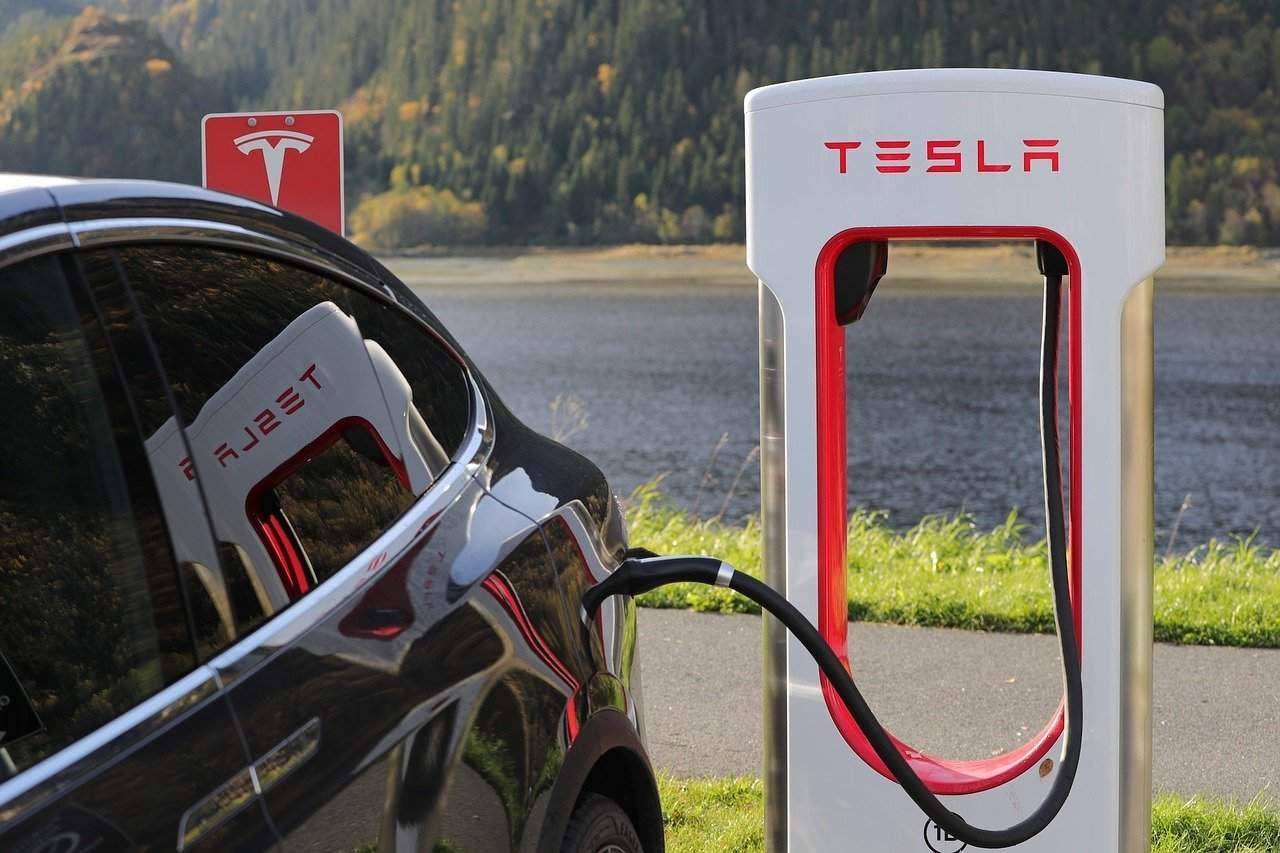 Case Study of Tesla Supply Chain Management Evaluation Analysis with Essay; Throughout the years, supply chain management has grown to be a significant element of any business to increase; and maintain its competitiveness and customer satisfaction. For companies today, it is critical to commit to the efficiency of the supply chain operation; as well as to develop and implement strategies for improving efficiency and quality. An efficient and optimized supply chain management plan can make a world of a difference in any business, especially in the automobile industry.

This is especially true for Tesla Inc., an American automotive company based in California; which lacks the necessary relationship with its narrow supplier base. As a result, Tesla would greatly benefit from a more efficient supply chain management to meet production demands and yield expected profits.

In today’s market, automobiles represent the largest manufacturing industry in the United States; with manufacturers and suppliers in the automobile industry generating billions of dollars each year. According to Auto Alliance, “auto manufacturing drives $953 billion in the economy each year through the designing, building, and selling of vehicles. Beyond manufacturing, the industry is also dependent on other companies supplying parts, components and materials, retail services, and vehicle maintenance.

At the top of the U.S. automaker rankings based on sales for 2018, is General Motors with 2,150,320 followed by Toyota’s 1,920,026, Ford Motor Company, FCA, Nissan Motor Co., Honda, Hyundai Kia Auto Group, Subaru Co., Volkswagen, BMW, and Daimler. Although Tesla, also formerly known as Tesla Motors, Inc., ranks amongst the top for innovation and environmental considerations, the company ranks 13thth in automaker rankings and 21st in sales. Despite the challenges in production, Tesla’s $56 billion market capitalization is greater; than many of the well-established automakers in the industry; and, thus, Tesla’s ambition for innovation has resulted in a steady stream of aggressive investors.

Tesla existed incorporated as a business that focused on designing, developing, manufacturing, and selling fully electric vehicles. As a production plan and goal for the company, Tesla’s CEO, Elon Musk, envisions the company building 500,000 cars per year by 2018, and one million cars per year by 2020. To accomplish production goals, the Company continues to expand its product and production strategies; through its corporate structure and global operations that enable production needs.

What is Financial Analysis? Meaning, Objectives, and Types

The industry revenues for Tesla were $4.5 billion in Q1, compared to $7.2 in the fourth quarter. Meanwhile, for the first quarter of 2019, Tesla reported a loss of $702 million, or $4.10 a share, after lower than expected delivery volumes, costs, and pricing adjustments to its vehicles. Although Tesla has many major competitors in the automobile industry, product preorders reflect a substantial demand for Tesla products. It should note, however, that the risk to consider is that the demand is for the brand and not cars.

Tesla’s customer base exists focused on millennials who give significance to environmentally friendly initiatives, are tech-savvy, and desire inexpensive luxury cars. Tesla’s story of “saving the planet” with vehicle innovation has created a respectable customer experience, patience to inventors, and profits to the Company. Nevertheless, Tesla faces the challenges and pressure of mass production; while trying to stay ahead of their major competitors, such as Chevrolet Volt EV and Hyundai Ioniq EV.

With hundreds of suppliers across the U.S., Europe, and Asia, Tesla faces challenges in its supply chain. Specifically, challenges related to vehicle’s battery design, and manufacturing automation. A bottleneck Tesla has is the sourcing of raw materials, especially cobalt, the essential metal used in the battery cells derived from the Democratic Republic of Congo. Not only does the sourcing of cobalt create risks of spikes in pricing; but it also creates gaps in supply and production.

A Matter of Prejudice

Tesla’s intense usage of automated robotics and integrated supply chain is the major source of value creation for Tesla. The vertically integrated automation system allows Tesla to incorporate the smaller and generally outsourced subsystems into; their manufacturing process to allow for quicker turnaround and shorter product improvement cycles. More importantly, it allows for manufacturing flexibility, process control, and increased tesla supply chain coordination and management. Meanwhile, Tesla’s outbound logistics include warehousing and distribution of their vehicles after manufacturing and assembly operations.

While Tesla appears to be a very successful and innovative company a SWOT analysis can provide a deeper insight as to what strengths, weaknesses, opportunities, and threats the company face that can ultimately lead to greater success or even the company’s demise.

Tesla exists considered a very successful company. This success can exist attributed to the numerous strengths or advantages Tesla possesses. These include the niche or specific section of the market that Tesla has selected to target. This stood accomplished by being the first to sell automated cars. They were able to not only succeed in the sales of greener cars; but, were able to accomplish their greater vision of revolutionizing the driving experience.

Additionally, Tesla has not only focused on electric cars but, has established a recognizable brand name. Tesla has also been able to develop and use cutting-edge technology that has allowed them to create their innovative products. Furthermore, the company also has existed granted government funding. They can obtain billions of dollars for energy management projects under the US Department of energy.

The company also however suffers from many weaknesses. One of these weaknesses is that Tesla has acquired major debt. Despite government funding, Tesla has spent a great portion of its funding towards research and development. Additionally, the company has expanded greatly over the past few years causing even greater debt. Their limited profits and huge debt could lead to difficulty in repaying loans resulting in a more net loss in the future. Furthermore, the company only has one manufacturing plant that has a capacity of 500,000. Making the company limited to this figure and unable to target higher volumes. Additionally, many customers are apprehensive about purchasing these highly expensive futuristic products.

Opportunities for the company are that there is a preference for new technology. New technologies such as green vehicles could help show consumers that newer and greener technology is a good investment. Moreover, Tesla has started to expand to parts of western and northern Europe. Along with parts of Asia including China. There exist also government incentives associated with purchasing electric cars. Tesla also purchased the rights from the company Solar city. This will increase the company’s capabilities in energy storage.

Moreover, analysts say that by 2040 54% of all cars sold on the planet will be electric. France’s minister claims that there will be a ban on all fossil fuel usage by 2040. Volvo has also claimed that it will stop the sale of all gas-only vehicles by 2019. A future of mainly electric cars serves as a huge opportunity for Tesla. This is a result of Tesla already being a widely recognizable brand and leader in this type of technology.

Threats that exist associated with Tesla include an increase in the price of raw materials. This can negatively affect the company because materials such as graphite, steel, aluminum, and lithium are subject to global supply and demand. The costs of raw materials increasing cause pressure to increase the prices of Tesla products to make up for the loss in profits associated with the raw material prices increase. Additionally, government regulations can delay production and sales. Tesla may have also been too good at convincing his competition that electronification was the future. GM was able to release its Chevy Bolt months before Tesla’s Model 3.

Tesla owns it all. To meet order demands, however, Tesla needs to optimize the tesla supply chain network (SCN), management by identifying three top criteria that focus on supply and product manufacturing flow where the value stream of the product includes the raw materials, components, and sub-assemblies, never stop in the production process. These criteria include speed and agile processes for suppliers that can provide faster tooling lead times, raw materials, and parts, as well as having the technological collaboration with the digital supply chain the company promotes to push out updates to existing customers. Furthermore, supply chain coordination strategies, product flows, information flows, and risks mitigation is also critical factors Tesla must consider when selecting suppliers. Supplier relationship management is critical to producing products on time and on budget while reducing the impacts on manufacturing flow management.

CCase Studies
Transportation is one of the largest industries in the world, and its sector range is very wide which…
CCase Studies
ilearnlot - Learn, Two Case Study on Debt Collection Management! What is Debt Recovery? Debt recovery and debt collection are similar terms with one small, but very important distinction. The difference is who is trying to retrieve a debt. Debt collection is a creditor’s attempt to recover consumer credit and loans ...
CCase Studies
L’Oréal Global Branding Strategy; The L’Oréal group has been the market leader of cosmetics and the beauty industry.…