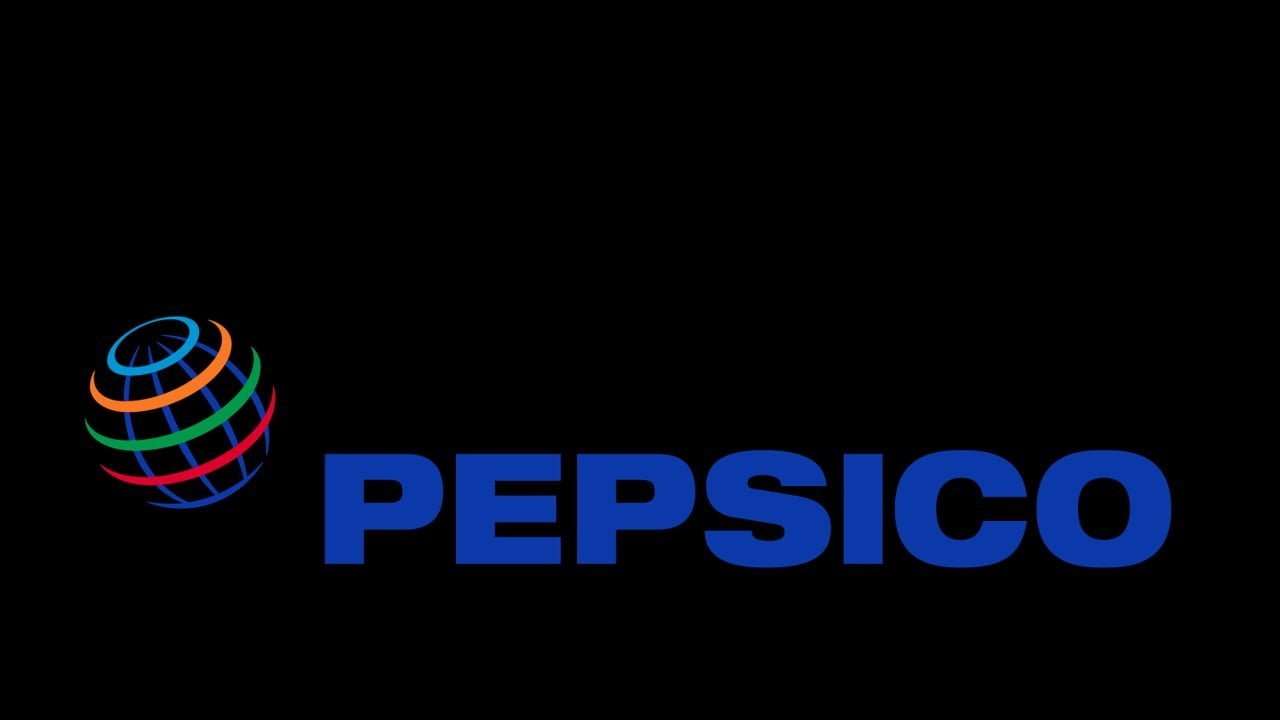 PepsiCo Case Study; Pepsi was created by the chemist named Caleb Brad-ham. Keep Reading Case Study of International Marketing Strategy in PepsiCo. He was inspiring to experiment with various products and ingredients to create a suitable summer drink that became highly sought after way back in the summer of 1898. It was this summer inspiration that later evolved into what we now know as Pepsi Cola. You’ll like to L’Oréal International Marketing Strategy explains their Case Study.

The Product inspired to experiment with various products and ingredients to create a suitable summer drink. Case Study of International Marketing Strategy in PepsiCo.

The company was launched officially in the year 1902. The beginning of Pepsi Cola was in the back room of his pharmacy, but recognizing its potential, Caleb soon started bottling the product so that people all over can enjoy it. As the years passed, Caleb started franchising the bottling of the drink to different people in different locations. Soon Pepsi Cola was being sold in 24 states across the United States.

When World War I broke out, the company went bankrupt and Caleb had to sell the trademark to a stockbroker from North Carolina. But he too could not revive the business. It was the candy manufacturer, Charles G. Guth, who bought it from the previous owner and revive it into the global brand it is today. Its marketing plan started even when the company was in the hands of Caleb and grew with the company. It was during World War II that the company adopt the red white and blue emblem to depict patriotic America.

The color code still exists today through the emblem has evolved many times. It was after 65 years after the sale of its first cola that PepsiCo started its diversification into other foods and beverages. Now the company not only sells Pepsi, its main brand, but also other items like Quaker Oats, Aquafina, Tropicana, Mountain Dew and Lays. It also had an alliance with companies like Starbuck’s and Lipton to come out with special coffee and tea.

PepsiCo Marketing, and Promotional Strategy in the Market.

The current marketing strategy adopts by PepsiCo Inc. is definitely one that caters to its global standing. Since Pepsi came out at a time when Coke or Coca-Cola already have a head start in the market, it’s market strategy and the business plan began with differentiation – an attempt to establish its product as one that is unique in taste and quality. This approach was successful to a great extent and Pepsi was able to establish itself in the US markets.

Later the plan shifted to comparative marketing and later to diversification. Pepsi’s promotional campaigns had a lot to do with its success. Pepsi’s market environment always presented it with a challenge in the form of Coke which had already created a niche for itself. In the 1940s to create a niche among the African American, Pepsi created a scholarship program that awarded 17 African American high school seniors full-time scholarships. During the same time, the ad campaigns of Pepsi featured top people from the African American community and they called it “Leader in their field” campaign. This campaign was quite a breakthrough and really made an impact.

It opened up a whole new market segment for the company. In the 1960s, Pepsi’s campaign was aimed at teenagers and young adults – beach bursting of youngsters having fun and drinking Pepsi was quite a common theme and popular too. It showed that Pepsi was the drink for partying and hanging out with friends, something the American youth could easily identify with. The “Pepsi Generation” theme became highly popular and the drink started creating a niche for itself among the young of the country.

At first, it calls “think young” campaign. This later evolved into “come alive” in the year 1965. This is when the term “Pepsi generation” was first introduced to the people. In the 1970s Pepsi came out something called the “Pepsi Challenge”. This campaign was aimed at proving Pepsi as a better-tasting drink than its rival Coke and involve blind tasting of the two products to choose the better one.

Even though this helped improve the market share of PepsiCo, Coke still led the market. Pop icons like Michael Jackson and Lionel Ritchie and youth sensation like Michael J Fox became part of the Pepsi campaigns in the 1980s whereby Pepsi began to beat Coke and come out the winner. They had a huge fan following and when they saw endorsing the brand, the impact was instantaneous. Pepsi also exploited famous movies of the time like Star Wars to improve their brand image and create interest among the people.

However, Pepsi chose to replace the “Pepsi Generation” campaign with “Gotta Have It” at the beginning of the 1990s. This turned out to be an erroneous move and Coke again started to gain market share.

One of the major blunders that Pepsi did in its marketing runs is the literal translations of some of its slogans into other languages. For example, PepsiCo’s slogan “Come Alive with the Pepsi Generation” when translated into Taiwanese meant “Pepsi will bring your ancestors back from the dead” and caused great damage to its image. It was a perfect example of the wrong market message.

Similarly, the goodwill of the company suffered a heavy blow when its bottle cap campaign (number inside the cap and a few winning numbers win fabulous prizes) in Chile ended in the wreckage of the company. This was caused by wrong fax being sent and the wrong number announce on TV. Almost a similar incident repeat in the Philippines as well a few months later when, due to a computer glitch, instead of one winner several winners were announcing for the bottle cap sweepstakes. Instead of learning from a blunder in one country, it was repeating in another, causing further harm to its brand image. A more recent marketing blunder happened in the United States of America itself.

In 2010, Pepsi decided not to spend big bucks for sponsoring the Super Bowl. The Super Bowl is a sporting event in the States that is watching by almost all Americans and hence its wide reach is indisputable. Instead, it decided to do social marketing through its Internet-based “Refresh” campaign. Though the effort was commendable it was a major blunder. Instead of using the Super Bowl to further give the limelight to the Refresh campaign, it completely missed the opportunity paving way for others to make use of the spot.

When Pepsi and the Cola Wars.

The cola wars began somewhere in the mid-1950s. The main players in the war were Pepsi and Coca-Cola. The two companies had been in rivalry ever since Pepsi came out with its first cola. But the rivalry reached its zenith in the 1980s and 1990s. The main point was neither company had a cost advantage. Hence promotion was the main way of competing. In the 80s Pepsi started coming out with campaigns that undermined Coke.

For example, a Pepsi and came out which showed a group of retirement home people dancing to rock ‘n roll when they get the wrong delivery of a Pepsi crate instead of Coca-Cola. It also used celebrity advertising vigorously. This gave Pepsi a lead in the market, though short-lived.

In the 1990s Coca-Cola was beating Pepsi by huge margins again. The war was quite cutthroat with Coca-Cola doing everything possible to outrun Pepsi. This included stealing Pepsi’s bottlers, hoarding of Pepsi bottles and creating ads that hinted at ridiculing the Pepsi brand. In many countries, Coca-Cola was forcing retailers and bottlers to boycott the Pepsi brand. Upon learning about this Pepsi filed several anti-competitive cases out if which they won around 70. Yet, at one stage of the war, Pepsi’s market value fell to less than half of Coca Cola’s market value.

Coca-Cola was and is still leading in when it comes to the market share of its cola brand. The only way Pepsi could fight back was through diversification. It started spreading its wings to include sports beverages. Varied versions of the Pepsi drink and non-carbonated beverages in its portfolio. It started considering itself as a “complete” beverage company. The diversification further happened to include snacks and food items like potato chips and oats. Diversification really helped Pepsi to improve. PepsiCo is falling stands in the market not only in the local markets of America and Europe but also in its international markets where Coke is leading the show.

When Pepsi Goes International and Its Global Marketing Plans.

In the 1940’s itself, PepsiCo started branching out into the international arena. At first, it was into Latin America, the Middle East, and the Philippines. Here too Coke had the early bird advantage. Yet the product soon gained popularity. With the Arab countries boycotting Coke, Pepsi enjoyed a monopoly for many years in the Middle East.

In the 1950s Pepsi went to Europe and this included Russia, with whom there existed a Cold War by the USA. Though there were initial difficulties, getting into Russia was a major breakthrough which the company exploits. The company posted pictures of the then leaders of the United States and Russia sipping the drink.

Its arch-rival, Coca-Cola, was able to enter the Russian markets only after more than 25 years after Pepsi’s entry. In many of the countries that Pepsi venture into comparative advertising was prohibiting and in many countries, it was not an accepted concept. For example, Pepsi tried its “Pepsi challenge” promotional gimmick in Japan. However, the country and its people were not aware of comparative advertising and as such the campaign did more harm than good.

Hence in Japan, they have to break their tradition of running with the global campaign and come up with a campaign that the Japanese would identify with and was more Japanese. The “Pepsiman” was a superhero-like a figure. That was devised by a Japanese person for the Japanese market. The commercial was an instant hit and help improve Pepsi’s share in the Japanese market by as much as 14%. From Japan Pepsi learned a valuable lesson – the same ads will not have the same effect everywhere.

When it comes to cross-national advertising, there is always the inherent risk of alienating the people. With the Indian markets, Pepsi had the first-mover advantage over Coke. PepsiCo had coined its own special slogan for the Indian market too that became quite popular with the crowd. Yet Coke re-entry into India was a great threat to the company. Coke signing on youth icon and Indian star Hrithik Roshan to do their campaign was an even bigger threat.

However, Pepsi reverted to the old ploy of slowing down the competition. They featured the king of Indian movies, Shah Rukh Khan and a Hrithik look alike. This comparative ads were effective and brought Pepsi back into the spotlight. In the USA and European markets, Pepsi still uses promotional campaigns that aim to break the color barriers with stars like Britney Spears, Beyonce and Haley Berry appearing in its ads.

The brand and PepsiCo products are highly popular in these areas. In the international arena, Pepsi has been able to create a niche through its vigorous advertisement and event sponsorship. In fact, more than 45% of the total revenue of the company comes from its market outside the USA. However, the company has experienced many setbacks due to its many blunders have cost it valuable market share.

What do you think of Data Warehousing?