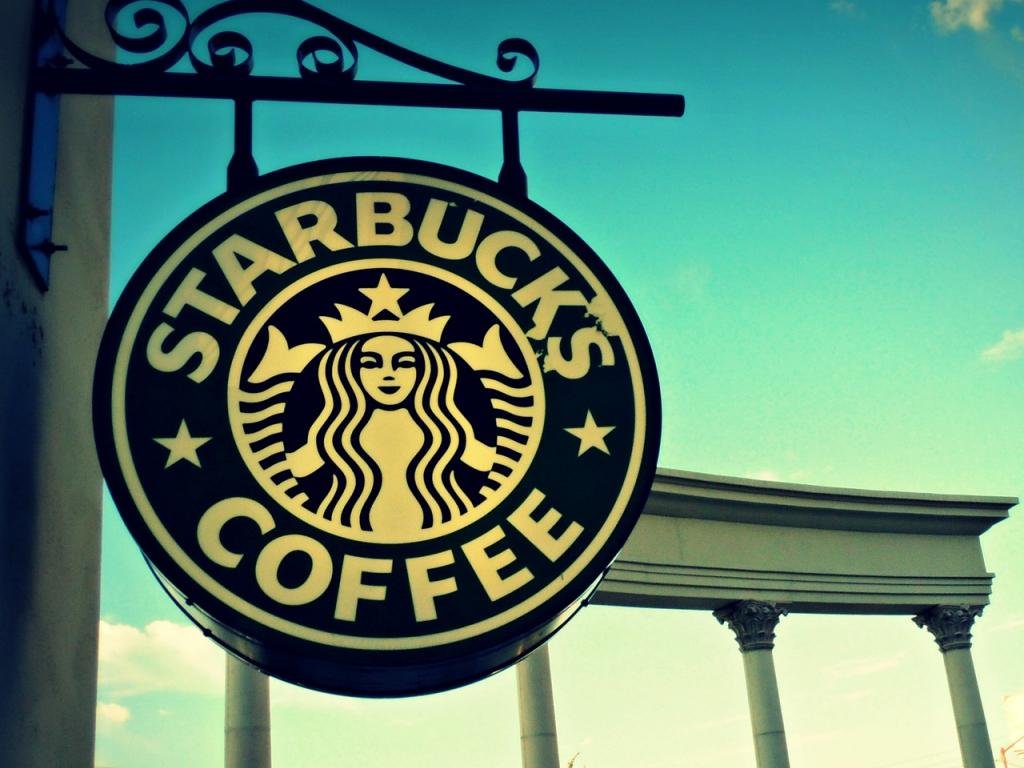 Case Study of Starbucks Entry to China with Marketing Strategy!

The Starbucks Entry to China; Starbucks is one of the largest coffee chains in the World. A Case Study of Starbucks Entry to China, so, the company has a unique style and atmosphere in its coffee houses. We chose China because it is the world’s most populous country with over 1.3 billion people live there and the second-largest country by land area. After 1978, the country’s economy underwent dramatic changes which involved such relief as permission for entrepreneurs to start up. Their own business and opening the country for foreign investment. Starbucks managers decided to take advantage of such an opportunity to expand their business into the new region. To evaluate the Chinese market the company used several steps of analysis. Also learn, What is the Growth Strategy for Case Study Starbucks? Case Study of Starbucks Entry to China with Marketing Strategy!

Case Study on Starbucks Entry to China with Marketing Strategy!

The following case study explain below are;

To introduce the Starbucks brand the company begun to distribute coffee for free to guests in several Beijing’s hotels in 1994. This initiative indicated that there was a strong demand for their products, particularly among foreigners in China. Local people, who strived to imitate the Western lifestyle. Also showed interest in coffee drinking. Also, the young generation was enchantment by brands and products from the West. These factors led Starbuck’s managers to learn and understand more about the business climate in that Asia country.

Next step for Starbucks:

Starbucks was to determine the financial and economic conditions of China. The company’s managers were aware that the Chinese Gross Domestic Product (GDP) continuously grew approximately 9 % on average and a GDP per capita was US$3.800. All these factors led to the rising income of the middle class. That was an undoubted advantage for entering the Chinese market for Starbucks.

At the third level of screening, Starbucks faced political restrictions. China is a highly bureaucratic country with difficult processes of getting permissions and sanctions to start and run the business. To avoid these challenges the company built and maintain. The firm relationship with Chinese local partners as well as government officials. Also, Starbucks Soong Ching-Ling Foundation received $5 million donations from Starbucks to support education in the country’s poorest regions.

The fourth level of screening involved socio-cultural forces. It showed the biggest challenges for Starbucks, because of the old tradition of tea drinking in China. In the beginning, managers didn’t know how to accustomed Chinese to drink and appreciate coffee. To acquaint employees and Chinese executives with coffee drinking experience Starbucks provided different training programs for them in which they learned more about coffee and Starbucks’ culture. The same way the company taught customers about different flavors and types of coffee. Another aspect was Chinese shopping behavior which was different from the US market. People in China spent the main slice of their monthly budget on food. This also led to success for the company.

The fifth level of China screening was focused on competitive forces. As we mentioned before China is a tea country and the share of coffee was low. Little or no competition for Starbucks was considered as an advantage. Chinese people were familiar only with one international brand which was Nestlé’s Nescafe. However, Nescafe is not a coffee house like Starbucks. As regards local competitions, it was a well-known Chinese brand Li Shen and Japanese brand Zhen Gou Coffee.

“Starbucks Entry to China” Although Starbucks encountered several challenges in the process of entering the Chinese market, with their case study. They had successfully expanded its business in over 20 large or medium-sized cities of China and opened about 560 storefronts in these cities by 2012. The astonishing achievement owes to its careful marketing assessment and various marketing strategies in different periods. These strategies mainly refer to 2 different modes of entering foreign markets: licensing agreement and joint venture.

In 1998, Starbucks adopted the mode of licensing agreement to license its Chinese partner (Beijing Mei Da), a wholesale distribution company to supply coffee beans to some selected hotels and restaurants. Starbucks realized that local partners can have the best understanding of local cultures customers and some related laws. and they have already established a good relationship with the local government. So it was easy to obtain the permissions and sanctions required to start and operate the business in a bureaucratic country like China. Moreover, Starbucks could also maintain a high standard on the control of production, and achieve an ideal revenue in the Chinese market. So licensing agreement was an optimal option for Starbucks to enter into a booming China’s market in the mid-1990s.

A joint venture of Company!

“We want our customers to recognize that we’re not coming to China just to make money, we are coming to China to build an enduring company that they can trust and they can view as one of their own”. – Howard Schultz.

“Starbucks Entry to China” Starbucks modified its menu and tried to localize its brand name by selling some food items. According to the choice of the Chinese people and selling a different kind of tea. They also changed their marketing and pricing strategies based on the needs of the Chinese market.

When Starbucks started in China, one of the biggest challenges it faced was to make the consumers accustomed to drinking and appreciating coffee. According to analysts, compared to other countries in which Starbucks operated this task was more difficult in China because of the age-old tradition of tea drinking in the country, where coffee was seen as nothing less than a kind of Western invasion.

Starbucks, like any other multinational company, had to go through the dilemma of choosing whether to follow Chinese traditional tea or take a big risk of following Starbucks’ culture of promoting premium coffee. The company chose to opt for its own culture and sell the idea of the ‘Coffee drinking experience’. Starbucks started by projecting the stores as a place for social gathering. The stores were also larger in area than the ones in the US, as the idea was to make the customers feel at home, relax and spend more time there.

Similarly, the company took initiatives to teach the customers about the different types of coffees and how to distinguish between flavors. The customers were given some samples to smell as well as sip and then describe their experience. At times if the customers did not enjoy the sample, the store employees asked them to come back again later for another ‘tasting’ session or they offered them some other drink that they enjoyed. They also spoke to the customers about the positive effects of drinking coffee. For example, they spoke about how drinking coffee helped to change their mood and how it was good to have coffee in the morning.

Normally Starbucks follows a high standard technique to maintain its stores worldwide. But in the case of China, it adopted some strategies influenced by local culture and market conditions to gain Chinese people’s trust and confidence. Small changes were made in the texture, menu, and store layout just to match with Chinese culture and food preferences. Within a few months of opening the coffee stores.

Related Posts  Are You Want to be a Caveman?

The company started observing that coffee culture is different for Chinese people than in the US. Where people are very busy in their daily lives and they just grab their coffee and leave. But in China coffee stores were more like a place for social gathering. Where they can sit and talk for hours with their friends and families. Therefore, according to the market needs they had to square bigger stores. In the US the normal size of Starbucks store is about 1,200 to 1,500 square feet whereas in China. They started opening stores bigger than 2,000 square feet.

It was observed that the Chinese also like to have some food along with their drink. In response to that Starbucks started offering some popular Chinese foods like curry puffs, moon cakes, and traditional cookies. Starbucks incorporates another localize strategy in every country they go, by modifying the name of Starbucks to suit the local language.

Like in China they Change the name to ‘Xing Bake’ where ‘Xing’ represents ‘Star’ and ‘Bake’ was pronounce as ‘bucks’. Starbucks accepted the reality that maximum people in China like tea more than coffee though the young generation is more likely to go for coffee. So they decided the different menu for different stores in China. In Shanghai and westernized, the stores a standard menu where they served coffee. And in Beijing stores, they introduced different tea-based drinks like coffee-flavored milk tea, green tea-flavored frappuccino, etc. to attract more people.

To promote themselves in China the company chose a different way. It mostly depended on the people to spread goodwill through word of mouth than commercial advertisements and media products. Their knowledge, organized way of business left a good impression on customers’ mind. The customers were willing to pay a higher price for the brand name. As a result young, urban Chinese, who solely start to associate visiting Starbucks or being seen with a Starbucks cup, as a symbol of social status.

The tire to build their reputation in terms of, product quality, customer service, employee relationship, etc. To enhance the name of “Starbucks” they had different strategies. From professional to students they had different ways to attract them. They started selling the latest DVD’s, free access to the Internet. And, also use to provide different wireless services so people can feel it like their 3rd home.

Starbucks uses the highest quality coffee beans from ideal coffee-producing climates. They helped Chinese farmers, made good relationships with their workers. They also made a good reputation in the supply market. As a result of good reputation, good quality, and high price. They were able to attract people and also maintain their luxury appeal. The company price its coffees at around US$ 6 for a cup. Which was considering analysts as too costly? Even though it was too costly by Chinese standards but they decide to continue with it because in China. A high price was directly associating with quality.

CCase Studies
Benefits of Computerized Physician Order Entry (CPOE) with Case Study; CPOE is the process by which physicians can…