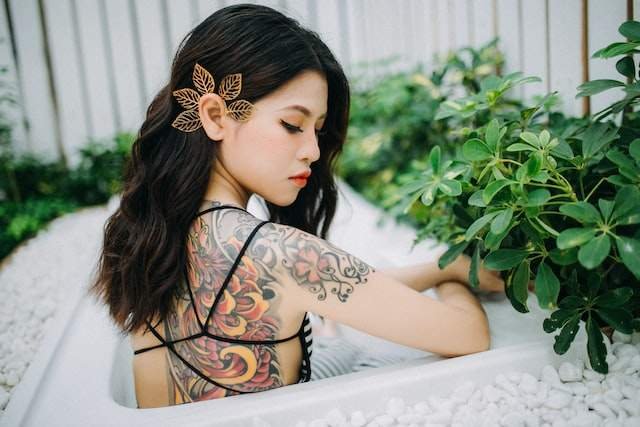 Doubt for Laser Tattoo Removal Healing Process return your clean and flawless skin. The price of laser tattoo washing fluctuates in different hospitals, different regions, and different equipment used. Laser tattoo washing has the exact effect and will not leave obvious scars. For larger and darker patterns, it can also remove without damaging other skin. It cannot stand completely washed once, and it needs to wash about 4-5 times in total. Each time the price decreases, the total price is not expensive.

Here are the articles to explain, the Doubt for Laser Tattoo Removal Healing Process.

Contents:
1. Here are the articles to explain, the Doubt for Laser Tattoo Removal Healing Process.
1.1. How does the laser get rid of tattoos?
1.2. Does laser tattoo removal need to wash many times?
1.3. Will laser tattoo removal leave scars?
1.4. Why is the effect of laser tattoo removal not obvious after one therapy?
1.5. Laser Removal Tattoo healing process doubt with Q&A
1.5.1. The methods and disadvantages of removing tattoos in the past?
1.5.2. The most ideal way to remove tattoos at present?
1.5.3. Skin reaction after laser irradiation?
1.5.4. Can traumatic tattoos also be treated with lasers?

How does the laser get rid of tattoos?

Laser tattoo removal uses lasers to illuminate the skin at the tattoo site, and lasers of different wavelengths use to selectively absorb dye and pigments. The pigment particles crush into very tiny detritus, which excrete through the scabbing of the skin, or blood circulation excrete.

Daily care after laser tattoo removal and scabbing. After laser tattoo removal, there will be a burning sensation, slight edema, and a little bleeding in the tattoo area. This is a normal phenomenon. The scab will form in about 7-10 days. Be careful not to forcibly clear the scab. Do not soak or rub it. You can apply some antibacterial ointment to avoid infection. The scab will fall off on its own in about half a month. Strict sun protection after the scab falls off, recommends using a physical sunscreen with repairing ingredients.

Does laser tattoo removal need to wash many times?

Ordinary tattoos, because most of the tattoo pigments used are ordinary inks, not only are the particles thick. But also there are many impurities, so the therapy is more complicated than eyebrow tattooing and eyeliner. It usually takes 3-5 times to completely remove it. The interval between the two treatments is 2-3 months, and some patients may need longer treatment. The therapy of color tattoos is also more complicated than ordinary. We will use a combination of multiple lasers according to the situation of different patients. There are individual differences in the body’s response to laser treatment, coupled with the differences in the color, area, and depth of skin lesions of each patient. So there are large individual differences in the number of treatments specific to each person.

Since this laser hardly damages the skin, it generally leaves no spots after treatment and can restore the natural color of the skin. However, people with some scar physique may have scar reactions, and patients should actively communicate with their doctors before surgery. Individual patients may have pigmentation due to improper postoperative care. Under normal circumstances, doctors will take preventive measures to avoid pigmentation. Moreover, even if individual patients have pigmentation, it will disappear on its own within a few months. You can also choose methods such as L-vitamin C introduction, skin care products containing moisturizing and repairing ingredients, and enhanced sun protection to help shorten the time of pigmentation.

Why is the effect of laser tattoo removal not obvious after one therapy?

Due to the slow judgment of color by human vision, you may only feel the effect of treatment when the color of the lesion subsides by about 50%. Generally speaking, if the original cyan color becomes brown after one treatment. It means that the pigment has subsided by 50%.

Tattooing is the piercing of pigment into the dermis of the skin to obtain a certain pattern or permanent makeup effect. Common tattoos are Wen eyebrow, Wen eyeliner, Wen lip line, and some text and patterns on the upper limbs and torso. In recent years, due to changes in social culture, fashion changes, and personal cultivation or job search, the number of people requesting tattoo removal has been increasing, and laser tattoo removal has become one of the hot beauty projects.

The methods and disadvantages of removing tattoos in the past?

In the early stages of tattoo removal, chemical exfoliation, freezing, skin grinding, and other methods stand often used. But the effect is not good, and scars stand often left, which even affects beauty more than tattoos. Later, people tried to use tones close to the color of the skin to cover the pigment, but the effect was not satisfactory. The covered area appeared dirty and lacked the texture of the skin. Then for a long period, a multifunctional ion therapy instrument stood used to remove the pigment. The effect existed improved compared with the above methods. It can dilute the text color, but the disadvantage is that there can stand light brown pigment left, and the cauterization is too deep. Scars will stand left. Surgeons often use the method of cutting off pigment-free skin. But even if the suture is best and most careful, linear scars will stand left.

The most ideal way to remove tattoos at present?

The emergence of Q-switched pulsed lasers in the 1990s provided a very ideal method for tattoo treatment. High-energy Q-switched pulsed lasers can cause instant destruction of diseased tissues without having time to transmit heat to the surrounding tissues. That is, the damage to the surrounding normal skin tissues is minimal. It can achieve the magical effect of “shuddering in the fire”. Thus solving the previous beauty treatment equipment “regardless of the enemy”. All burned out, and it was inevitable that it would leave scars due to injury to the dermis. The fatal shortcoming. The perfect unity of effectiveness and safety has existed achieved.

After laser irradiation, the tattoo area immediately appears off-white, indicating that the thermal expansion pulverizes the pigment particles. Which can last for ten to ten minutes. After the operation, the wound is scabbed and falls off on its own after 1 to 2 weeks. Generally, tattoos can be removed 1 to 5 times, and the interval between the two treatments is 3 months.

Can traumatic tattoos also be treated with lasers?

Permanent pigment spots formed by fine foreign body particles buried in the dermis after trauma are called traumatic tattoos or accidental powder pellet hyperplasia. The thick pigment particles on the surface of the skin during the treatment of traumatic tattoos can be ground and treated first (ultra-pulsed CO2 laser can be used for grinding), and then treated with a Q-switch laser. The combination of ultra-pulsed CO2 laser and Q-switch laser therapy to treat traumatic tattoo therapy can significantly shorten the course of treatment, the efficacy is satisfactory, and the side effects are small.