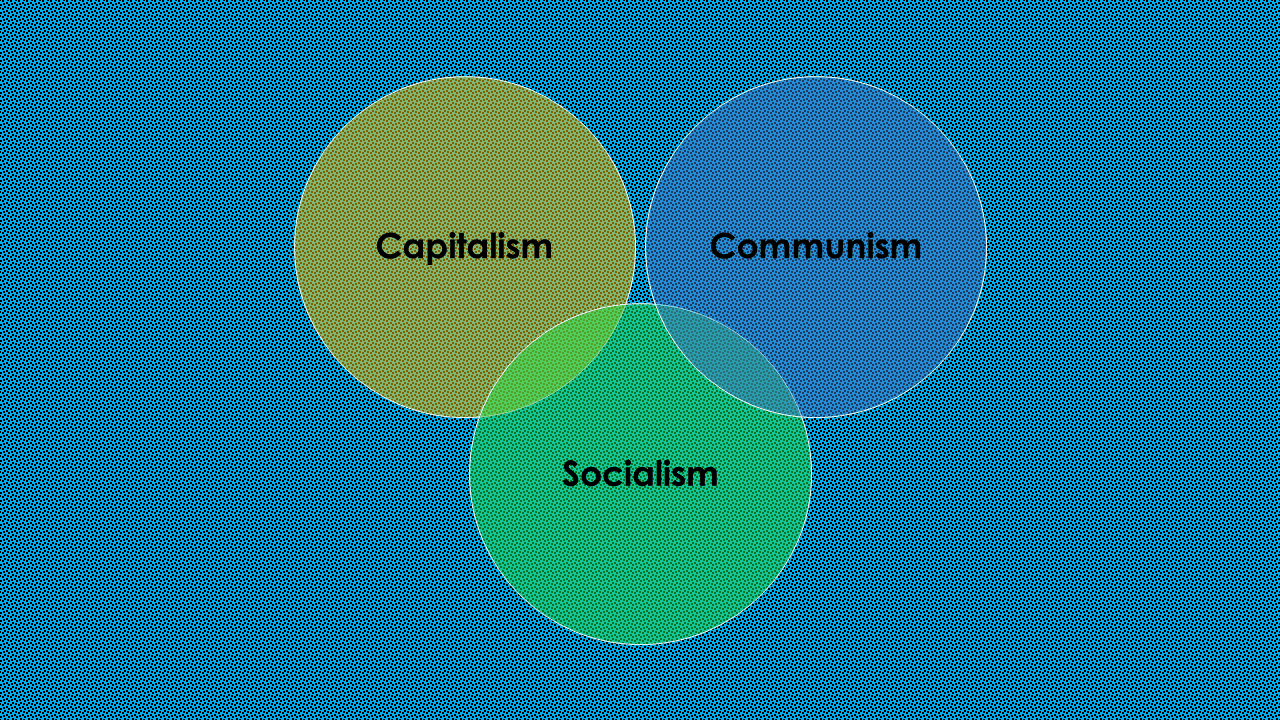 The economic system divides into three groups; capitalism, socialism, and communism. The scope of private business and the extent of government regulation of economic activities depend to a very large extent on the nature of the economic system, which is an important part of the business environment.

This article explains about the Economic System and their points: Capitalism, Socialism, and Communism.

What is the economic system? An economic system or economic order is a system of production, resource allocation and distribution of goods and services within a society or a given geographic area. It includes the combination of the various institutions, agencies, entities, decision-making processes and patterns of consumption. That comprises the economic structure of a given community.

Broadly the economic system is divided into three groups.

Now, explain each one;

What is Capitalism? Capitalism is an economic system based on the private ownership of the means of production and their operation for profit. Characteristics central to capitalism include private property, capital accumulation, wage labor, voluntary exchange, a price system, and competitive markets.

The system of capitalism stresses the philosophy of individualism believing in private ownership of all agents of production, in the private sharing of distribution processes. That determines the functions rewards of each participant and individual expression of consumer choice through a free market place.

In its political manifestation, capitalism may fall in a range between extreme individualism and anarchism (no government) and the acceptance of some state sanctions. The capitalist system also knows as a free enterprise economy and market economy.

Two types of capitalism may be distinguished, viz.,

Under socialism, the tools of production are to organize, managed and owned by the government, with the benefits occurring to the public. A strong public sector, agrarian reforms, control over private wealth and investment and national self-reliance are the other planks of socialism.

What is Socialism? Socialism is a range of economic and social systems characterized by social ownership of the means of production and workers’ self-management. As well as the political theories and movements associated with them. Social ownership can be public, collective or cooperative ownership or citizen ownership of equity.

Socialism does not involve an equal division of existing wealth among the people but advocates the egalitarian principle. It believes in employing all and emphasizes suitable rewards to the efforts put in by every worker. Also called Fabian socialism, this philosophy follows in our country and other social-democratic countries in the world.

What is Communism? Communism, the political and economic doctrine that aims to replace private property and a profit-based economy with public ownership and communal control of at least the major means of production (e.g., mines, mills, and factories) and the natural resources of a society.

In political and social sciences, communism is the philosophical, social, political, and economic ideology and movement whose ultimate goal is the establishment of the communist society. Which is a socioeconomic order structured upon the common ownership of the means of production and the absence of social classes, money, and the state.

Communism is thus a form of socialism a higher and more advanced form, according to its advocates. Exactly how communism differs from socialism has long been a matter of debate, but the distinction rests largely on the communist’s adherence to the revolutionary socialism of Karl Marx.

Communism goes further to abolish all private property and property rights to income. The state would own and direct all instruments of production. Sharing in the distributive process would have no relationship to the private property since this right would not exist. Alternatively called maxims, communism was followed in Russia, China, and East European Countries.