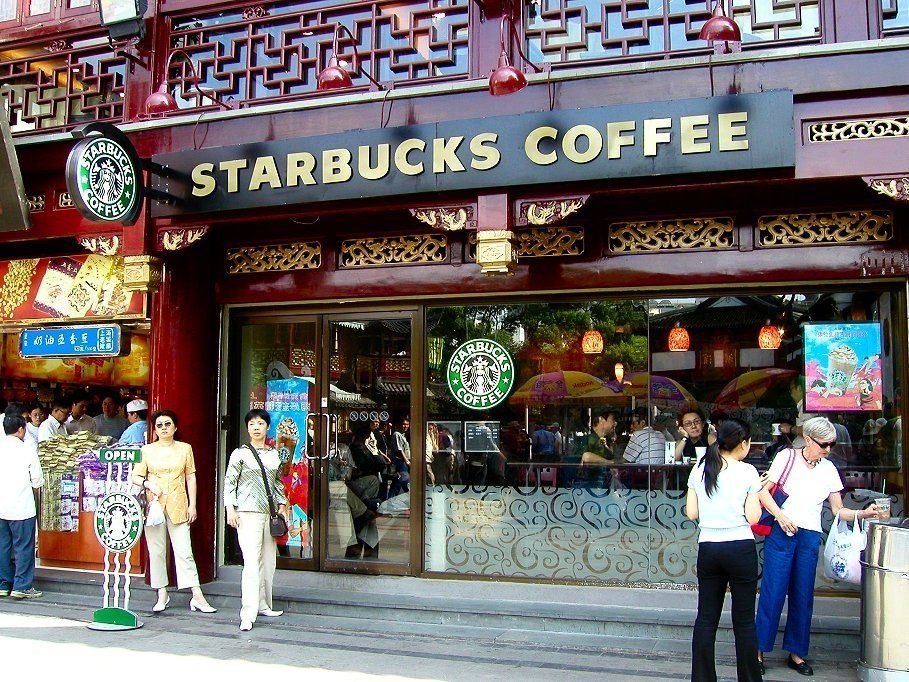 Starbucks Case Study; It is the world’s largest and most popular coffee company. Case Study; Since the beginning, this premier café has aimed to deliver the world’s finest fresh-roasted coffee. Corporate Social Responsibility of Starbucks Coffee, Case Study; Today the company dominates the industry and has created a brand that is tantamount to loyalty, integrity, and proven longevity. Starbucks is not just a name, but a culture.

It is obvious that Starbucks and its CEO Howard Shultz are aware of the importance of corporate social responsibility. We try to explain the case study of Corporate Social Responsibility of Starbucks Coffee; Every company has problems they can work on and improve in and so does Starbucks. As of recent, Starbucks has done a great job showing their employees how important they are to the company. Along with committing to every employee, they have gone to great lengths to improve the environment for everyone.

Commitment to the Environment.

In turn, this costs more for the company overall, but the environmental improvements are worth it. Starbucks and the environment benefit from this decision because it helps continue to portray a clean image. Another way to improve the environment directly through their stores is by “going green”. Their first attempt to produce a green store was in Manhattan. Starbucks made that decision to renovate a 15-year-old store. This renovation included replacing old equipment with more energy-efficient ones.

To educate the community, they placed plaques throughout the store explaining their new green elements and how they work. This new Manhattan store now conserves energy, water, materials, and uses recycled/recyclable products. Twelve stores total plan to be renovated and Starbucks has promised to make each new store LEED, meaning a Leader in Energy and Environmental Design.

LEED improves performance regarding energy savings, water efficiency, and emission reduction. Many people don’t look into environmentally friendly appliances because the upfront cost is always more. According to Starbucks, going green over time outweighs the upfront cost by a long shot. Hopefully, these new design elements will help the environment and get Starbucks ahead of their market.

The second way Starbucks has shown corporate social responsibility is through their commitment to consumers. The best way to get the customers what they want is to understand their demographic groups. By doing research on Starbucks’ consumer demographics, they realized that people with disabilities are very important. The company is trying to turn stores into a more adequate environment for customers with disabilities.

Another way Starbucks has shown a commitment to the consumers is by cutting costs and retaining loyal customers. For frequent, loyal customers, Starbucks decided to provide a loyalty card. Once a customer has obtained this card, they are given incentives and promotions for continuing to frequent their stores. Promotions include discounted drinks and free flavor shots to repeat visitors.

Also, with the economy being at an all-time low, Starbucks realized that cheaper prices were a necessity. By simplifying their business practices, they were able to provide lower prices for their customers. For example, they use only one recipe for banana bread, rather than eleven!

It doesn’t end there either! Starbucks recognized that health is part of social responsibility. To promote healthier living, they introduced “skinny” versions of most drinks, while keeping the delicious flavor. For example, the skinny vanilla latte has 90 calories compared to the original with 190 calories. Since Starbucks doesn’t just sell beverages now, they introduced low-calorie snacks. Along with the snacks and beverages, nutrition facts were available for each item.

Also, one big way to cut costs was outsourcing payroll and Human Resources administration. By creating a global platform for its administration system, Starbucks is able to provide more employees with benefits. Plus, they are able to spend more money on pleasing customers, rather than on a benefits system.

Commitment and Response to Shareholders.

One way Starbucks has demonstrated its commitment and response to shareholder needs is by giving them large portions. By large portions, Starbucks is implying that they plan to pay dividends equal to 35% or higher of net income. For the shareholders, paying high dividends means certainty about the company’s financial well-being. Along with that, they plan to purchase 15 million more shares of stock, and hopefully, this will attract investors who focus on stocks with good results.

Starbucks made its commitment to shareholders obvious by speaking directly to the media about it. In 2004, Starbucks won a great tax break, but unfortunately, the media saw them as “money-grubbing”. Their CEO, Howard Shultz, made the decision to get into politics and speak to Washington about expanding health care and the importance of this to the company. Not only does he want his shareholders to see his commitment, but he wants all of America to be able to reap these benefits.

In order to compete with McDonald’s and keeping payout to its shareholders high, Starbucks needed a serious turnaround. They did decide to halt growth in North America but not in Japan. Shultz found that drinking coffee is becoming extremely popular for the Japanese. To show shareholders there is a silver lining, he announced they plan to open “thousands of stores” in Japan and Vietnamese markets.

The first and biggest way Starbucks shows their commitment to employees is by just taking care of their workers. For example, they know how important health care, stock options, and compensation are to people in this economy. The Starbucks policy states that as long as you work 20 hours a week you get benefits and stock options. These benefits include health insurance and contributions to the employee’s 401k plan.

When he first started at Starbucks, he remembered how much he liked it that people cared about him, so he decided to continue this consideration for employees. Shultz feels that the first impression is very important. On an employee’s first day, he lets each new employee know how happy he is to have them as part of their business, whether it is in person or through a video.

His theory is that making a good first impression on a new hire is similar to teaching a child good values. Through their growth, he feels each employee will keep in mind that the company does care about them. Shultz wants people to know what he and the company stand for, and what they are trying to accomplish.

The last way Starbucks demonstrates corporate social responsibility is through ethical behavior and occasional unethical behavior. The first ethically positive thing Starbucks involves itself in is the NGO and Fair Trade coffee. Even though purchasing mostly Fair Trade coffee seriously affected their profits, Starbucks knew it was the right thing to do. They also knew that if they did it the right way, everyone would benefit, from farmers to the environment, to their public image.

In the fall of 2010, Starbucks chose to team up with Jumpstart, a program that gives children a head start on their education. By donating to literacy organizations and volunteering with Jumpstart, Starbucks has made an impact on the children in America, in a very positive way.

Of course, some negatives come along with the positives. Starbucks isn’t the “perfect” company like it may seem. In 2008, the Starbucks mobile app decided to close 616 stores because they were not performing very well. For Starbucks to close this many stores in one year, they had to battle many landlords due to the chain breaking lease agreements. Starbucks tried pushing for rent cuts but some stores did have to break their agreements.

On top of breaching lease agreements, Starbucks was not able to grow as much as planned, resulting in their future landlords were hurting as well. To fix these problems, tenants typically will offer a buyout or find a replacement tenant, but landlords are in no way forced to go with any of these options. These efforts became extremely time-consuming and costly, causing Starbucks to give up on many lease agreements.

As for Starbucks ethical behavior is a different story when forced into the media light. In 2008, a big media uproar arose due to them wanting to re-release their old logo for their 35th anniversary. The old coffee cup logo was basically a topless mermaid, which is Starbucks’ opinion is just a mythological creature, not a sex symbol.

Media critics fought that someone needed to protect the creature’s modesty. Starbucks found this outrageous. To end the drama and please the critics, they chose to make the image more modest by lengthening her hair to cover her body and soften her facial expression. Rather than ignoring the media concerns, Starbucks met in the middle to celebrate its 35th anniversary. Maybe you definitely understand above the information and case study of Corporate Social Responsibility of Starbucks Coffee.