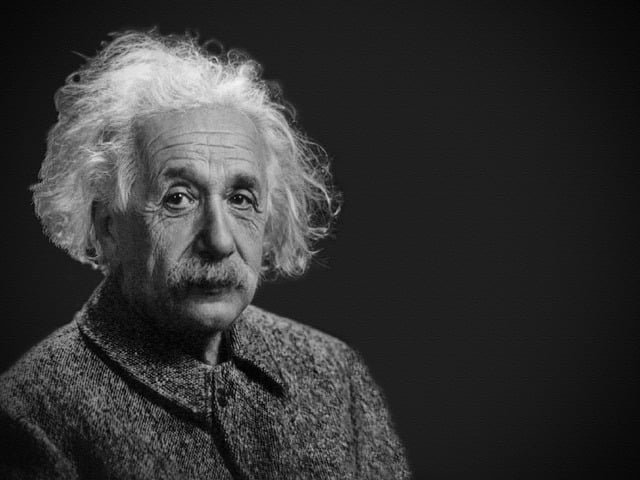 Famous Inspirational Quotes: Albert Einstein (14 March 1879 – 18 April 1955) was a German-born theoretical physicist who developed the theory of relativity, one of the two pillars of modern physics. His work is also known for its influence on the philosophy of science. He is best known to the general public for his mass-energy equivalence formula E = mc2, which has been dubbed “The world’s most famous equation“. He received the 1921 Nobel Prize in Physics “For his services to theoretical physics, and especially for his discovery of the law of the photoelectric effect“, a pivotal step in the development of quantum theory. Free Download in PDF; 399+ FAMOUS QUOTES BY ALBERT EINSTEIN!

Einstein’s name has become synonymous with genius and creativity. Named Person of the Century by TIME in 1999, Einstein is a rare icon, whose wisdom extended far beyond the realm of science to reveal a man with an almost childlike sense of wonder and a profound love of humanity. Yet while Einstein clearly had a knack for science and mathematics from an early age, he did not excel at everything he put his mind to. He went to elementary school and later grammar school in Munich, where he felt alienated and stifled by the school’s rigid pedagogical approach. He was an average pupil and experienced speech challenges, which permanently influenced his view of education and human potential. Also, 50 Famous Motivational and Inspirational Quotes by Abraham Lincoln! 99+ Abraham Lincoln Quotes, free Download.

The following best Quotes below are:

A Students Introduction to English Grammar

What does Welfare Economics mean? Measuring and Value decisions!