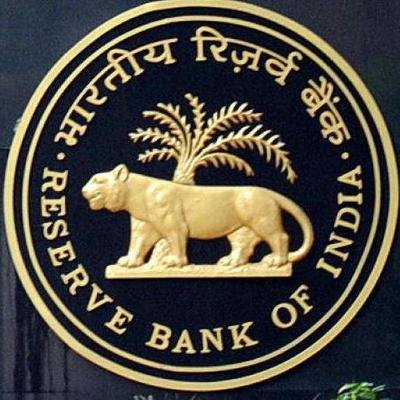 The Objectives and Functions of RBI (Reserve Bank of India)!

The RBI (Reserve Bank of India) is the apex financial institution of the country’s financial system entrusted with the task of control, supervision, promotion, development, and planning. RBI is the queen bee of the Indian financial system which influences the commercial banks’ management in more than one way. The RBI influences the management of commercial banks through its various policies, directions, and regulations. Its role in bank management is quite unique. In fact, the RBI performs the four basic functions of management, viz., planning, organizing, directing and controlling in laying a strong foundation for the functioning of commercial banks. Also Learned, Marketing Concept: The Objectives and Functions of RBI (Reserve Bank of India)!

Learn, Explain the Objectives and Functions of RBI (Reserve Bank of India)!

In 1921, the Imperial Bank of India was established to perform as the central bank of India by the British Government. But unfortunately, Imperial Bank failed to show its performance up to the mark and didn’t achieve any success as the Central Bank. Then the Government asked the Hilton Young Commission in 1925 to view on this subject.

The commission submitted their reports saying that one single organization can’t be able to act as two separate agencies (both credit and currency control). So, it’s required to set up a brand new central bank. In 1st April 1935, Reserve Bank of India was set up. In January 1949, RBI was nationalized.

Objectives of the RBI (Reserve Bank of India)!

“To regulate the issue of Bank notes and the keeping of reserves with a view to securing monetary stability in India and generally to operate the currency and credit system of the country to its advantage.”

Prior to the establishment of the Reserve Bank, the Indian financial system was totally inadequate on account of the inherent weakness of the dual control of currency by the Central Government and of credit by the Imperial Bank of India.

The Hilton-Young Commission, therefore, recommended that the dichotomy of functions and division of responsibility for control of currency and credit and the divergent policies in this respect must be ended by setting-up of a central bank – called the Reserve Bank of India – which would regulate the financial policy and develop banking facilities throughout the country.

Hence, the Bank was established with this primary object in view. Another objective of the Reserve Bank has been to remain free from political influence and be in successful operation for maintaining financial stability and credit.

The fundamental object of the Reserve Bank of India is to discharge purely central banking functions in the Indian money market, i.e., to act as the note-issuing authority, bankers’ bank and banker to government, and to promote the growth of the economy within the framework of the general economic policy of the Government, consistent with the need of maintenance of price stability.

Explain the Organizational set up of Merchant Bankers in India!

A significant object of the Reserve -Bank of India has also been to assist the planned process of development of the Indian economy. Besides the traditional central banking functions, with the launching of the five-year plans in the country, the Reserve Bank of India has been moving ahead in performing a host of developmental and promotional functions, which are normally beyond the purview of a traditional Central Bank.

Functions of the RBI (Reserve Bank of India)!

As per the RBI Act 1934, it performs 3 types of functions as that of any other central bank.

The main functions of the RBI are to regulate the money supply in the country. Moreover, it has been directed to take care of agriculture, industry, export promotion etc. The RBI is also responsible for the maintenance of the external value of rupee.

Under section 22 of the Reserve Bank of India Act, the bank has the sole right to issue bank notes of all denominations. The distribution of one rupee notes and coins and small coins all over the country is undertaken by the Reserve Bank as the agent of the Government.

Originally, the assets of the Issue Department were to consist of not less than two-fifths of gold coin, gold bullion or sterling securities provided the amount of gold was not less than Rs. 40 crores in value. The remaining three-fifths of the assets might be held in rupees coins, Government of India rupee securities, eligible bills of exchange and promissory notes payable in India.

Due to the exigencies of the Second World War and the post-war period, these provisions were considerably modified. Since 1957, the Reserve Bank of India is required to maintain gold and foreign exchange reserves of Rs. 200 crores, of which at least Rs. 115 crores should be in gold. The system as it exists today is known,-as the minimum reserve system.

The second important function of the Reserve Bank of India is to act as Government banker, agent, and adviser. The Reserve Bank is the agent of Central Government and of all State Governments in India excepting that of Jammu and Kashmir.

The Reserve Bank has the obligation to transact Government business, via to keep the cash balances as deposits free of interest, to receive and to make payments on behalf of the Government and to carry out their exchange remittances and other banking operations.

3. Banker’s Bank and Lender of the Last Resort:

The Reserve Bank of India acts as the banker’s bank. According to the provisions of the Banking Companies Act of 1949, every scheduled bank was required to maintain with the Reserve Bank a cash balance equivalent to 5% of its demand liabilities and 2 percent of its time liabilities in India.

What is the Difference between Efficiency and Effectiveness?

By an amendment of 1962, the distinction between demand and time liabilities was abolished and banks have been asked to keep cash reserves equal to 3 percent of their aggregate deposit liabilities. The minimum cash requirements can be changed by the Reserve Bank of India.

4. The controller of Credit:

The Reserve Bank of India is the controller of credit i.e. it has the power to influence the volume of credit created by banks in India. It can do so by changing the Bank rate or through open market operations.

According to the Banking Regulation Act of 1949, the Reserve Bank of India can ask any particular bank or the whole banking system not to lend to particular groups or persons on the basis of certain types of securities. Since 1956, selective controls of credit are increasingly being used by the Reserve Bank.

Each scheduled bank must send a weekly return to the Reserve Bank showing in detail, its assets and liabilities. This power of the Reserve Bank to call for information is also intended to give it effective control of the credit system. The Reserve Bank has also the power to inspect the accounts of any commercial bank.

As supreme banking authority in the country, the Reserve Bank of India, therefore, has the following powers:

It is the responsibility of the Reserve bank to stabilize the external value of the national currency. The Reserve Bank keeps golds and foreign currencies as reserves against note issue and also meets the adverse balance of payments with other counties. It also manages foreign currency in accordance with the controls imposed by the government.

As far as the external sector is concerned, the task of the RBI has the following dimensions:

The RBI is the custodian of the country’s foreign exchange reserves, id it is vested with the responsibility of managing the investment and utilization of the reserves in the most advantageous manner. The RBI achieves this through buying and selling of foreign exchange market, from and to schedule banks, which, are the authorized dealers in the Indian foreign exchange market. The Bank manages the investment of reserves in gold counts abroad and the shares and securities issued by foreign governments and international banks or financial institutions.

In addition to its traditional central banking functions, the Reserve Bank has certain non-monetary functions of the nature of supervision of banks and the promotion of sound banking in India.

The Reserve Bank Act, 1934, and the Banking Regulation Act, 1949 have given the RBI wide powers of supervision and control over commercial and co-operative banks, relating to licensing and establishments, branch expansion, the liquidity of their assets, management and methods of working, amalgamation, reconstruction, and liquidation.

The RBI is authorized to carry out the periodical inspection of the banks and to call for returns and necessary information from them. The nationalization of 14 major Indian scheduled banks in July 1969 has imposed new responsibilities on the RBI for directing the growth of banking and credit policies towards the more rapid development of the economy and realization of certain desired social objectives.

The supervisory functions of the RBI have helped a great deal in improving the standard of banking in India to develop on sound lines and to improve the methods of their operation.

With economic growth assuming a new urgency since independence, the range of the Reserve Bank’s functions has steadily widened. The Bank now performs a variety of developmental and promotional functions, which, at one time, were regarded as outside the normal scope of central banking.

The Bank has developed the co-operative credit movement to encourage saving, to eliminate moneylenders from the villages and to route its short-term credit to agriculture. The RBI has set up the Agricultural Refinance and Development Corporation to provide long-term finance to farmers.

What is the Financial Intermediaries?