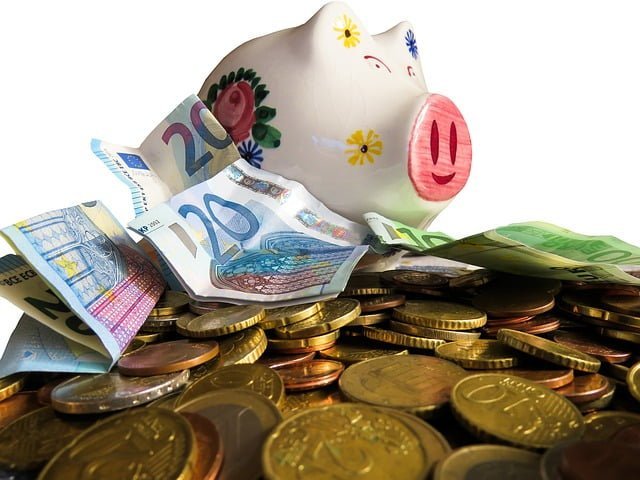 Meaning of Merchant Banking: Dictionary meaning of Banking points at merchant bank as an organization that underwrites securities for corporations advises such clients on mergers and involves in the ownership of commercial ventures. The term “Merchant Banking” has been used differently in different parts of the world.

The basic function of a merchant banker is marketing corporate and other securities. Now they require to take up some allied functions also.

A merchant bank now takes up the following functions:

A merchant bank functions as a promoter of industrial enterprises in India He helps the entrepreneur in conceiving an idea, identification of projects, preparing feasibility reports, obtaining governmental approvals and incentives, etc. Some of the merchant banks also assist technical and financial collaborations and joint ventures

In the past, the function of a merchant banker had mainly been confined to the management of new public issues of corporate securities by the newly formed companies, existing companies (further issues); and the foreign companies in dilution of equity as required under FERA In this capacity the merchant banks usually act as sponsor of issues.

They obtain the consent of the Controller of Capital Issues (now, the Securities and Exchange Board of India) and provide several other services to ensure success in the marketing of securities. The service provided by them includes the preparation of the prospectus, underwriting arrangements, appointment of registrars, brokers, and bankers to the issue, advertising and arranging publicity and compliance of listing requirements of the stock exchanges, etc.

They act as experts of the type, timing, and terms of issues of corporate securities and make them acceptable for the investors on the one hand and also provide flexibility and freedom to the issuing companies.

What are the Types of test taking in the Selection Process?

Merchant banks provide specialized services in preparation of the project, loan applications for raising short-term as well as long-term credit from the various bank and financial institutions, etc. They also manage Euro-issues and help in raising funds abroad.

Merchant banks offer services not only to the companies issuing the securities but also to the investors. They advise their clients, mostly institutional investors, regarding investment decisions. Merchant bankers even undertake the function of purchase and sale of securities for their clients to provide portfolio management services. Some merchant bankers are operating mutual funds and offshore funds also.

Many merchant bankers provide leasing and finance facilities to their customers. Some of them even maintain venture capital funds to assist entrepreneurs. They also help companies in raising finance by way of public deposits.

Merchant banks have also started to act as paying agents for the service of debt- securities and to act as registrars and transfer agents. Thus, they maintain even the registers of shareholders and debenture holders and arrange to pay dividends or interest due to them

In addition to the basic activities involving the marketing of securities, merchant banks also provide corporate advisory services on issues like mergers and amalgamations, tax matters, recruitment of executives and cost and management audits, etc. Many merchant bankers have also started making bought-out deals of shares and debentures. The activities of the merchant bankers are increasing with the change in the money market.

The origin of merchant banking can trace back to the 13th century when a few families-owned and managed firms engaged in the sale and purchase of commodities were also found to engage in banking activity. These firms not only acted as bankers to the kings of European States, financed coastal trade but also borne exchange risk.

To earn profits, they invested their funds where they expected higher returns despite the high degree of risk involved. They charged very high rates of interest for financing highly risky projects. In turn, they suffered heavy losses and had to close down. Some of them restarted the same activity after gaining financial strength. Thus merchant Banking survived and continued during the 13th century.

Merchant Bankers were known as “Commission agents” who handled the coastal trade on a commission basis and provided finance to the owners or supplier of goods. They made investments in goods manufactured by sellers and made huge profits. They also financed continental wars. The sole objective of these merchant bankers was profit maximization by making investments in risky projects.

Then came the industrial revolution in England. The scope of international trade widened to include North America and other continents. Many people were attracted to take up merchant banking activities to transfer the machine-made goods from European nations to other nations and colonies and bring raw material from other nations and colonies to Europe and to finance such trade.

During the early nineteenth century, merchants indulged in overseas trade and earned a good reputation. They accepted the bills of the lesser reputed traders by guaranteeing the holder to receive full payment on the due date. This practice of accepting bills has grown over the years with expansion in trade and has become part of merchant banking activity.

“Hundi” was the main instrument of credit used by indigenous bankers before the coming of western merchants in India. It was in 1813 when merchants came from European countries to trade with India. Agency houses were set up by merchant bankers based in London.

These agency houses raised deposits at cheaper rates of interest viz. 4% to 5% from their home and made advances to native merchants at 10% to 12%; and also, they charged high commissions on every kind of service provided to the clients.

Easy availability of money at the spot from the agency houses had eliminated the role of acceptance house or merchant banking in India. It was only with the entrance of East India Company that restrictions were put on the operation of agency houses.

During the 19th century,

These banks financed trade transactions. The control and management of these banks lied with managing agents. Also, the managing agency system enabled a single firm to look after several firms in complementary industries.

The banking industry flourished in India with the support of London-based merchant bankers; and, the merchants who had full control of the Board. Telegraphic transfers improved banking links and the business.

The managing agents acted as merchants banks and performed functions of promoting financing and marketing of securities. They developed strong roots in depth of India’s economic, commercial and industrial structure. Also, they served the industry, trade, and commerce as the merchant bankers were doing in the UK; and, European countries or the investment bankers were doing in the USA.

Managing agents acquire a large share of investible capital initially; and, later on, dispose of the shares once the company gets established. In other words, Managing Agency Houses acted as an issue house for securities. It founds that 600 industrial establishments did manage under the managing agency system in 1951.

These managing houses had the necessary skills and expertise which helped in the development of projects.

Thus, they acted as intermediaries of investment by holding the shares of new companies; motivating people to invest, and keeping deposits for investment.

In Post-World War II, Amendments in the Companies Act, 1956 led to the streamlining of the procedure for capital issues and facilitated the growth of the capital market in India.

To speed up the pace of economic development, efforts did make to channelize household savings into investment in industry and trade. Significant amendments did make in the Companies Act, Capital Issues (Control) Act, Banking Companies Act to regulate the growth of business enterprises.

Industrial Finance Corporation of India (IFCI) did set up to provide long and medium-term finance to industrial enterprises and underwrite new securities. At the state level, State Financial Corporations did also established in 1951 to provide financial assistance to the industry.

The Industrial Credit and Investment Corporation of India (ICICI) did set up to provide developmental finance to industrial concerns. Also, ICICI invests in equity by way of direct subscription and also underwrites shares and debentures.

The basic objectives of setting up all these institutions were to boost the industrial sector, improve the capital market; make finance easily available and support the investment climate in the country. These institutions also underwrite the capital issues besides the lending support of broking houses.