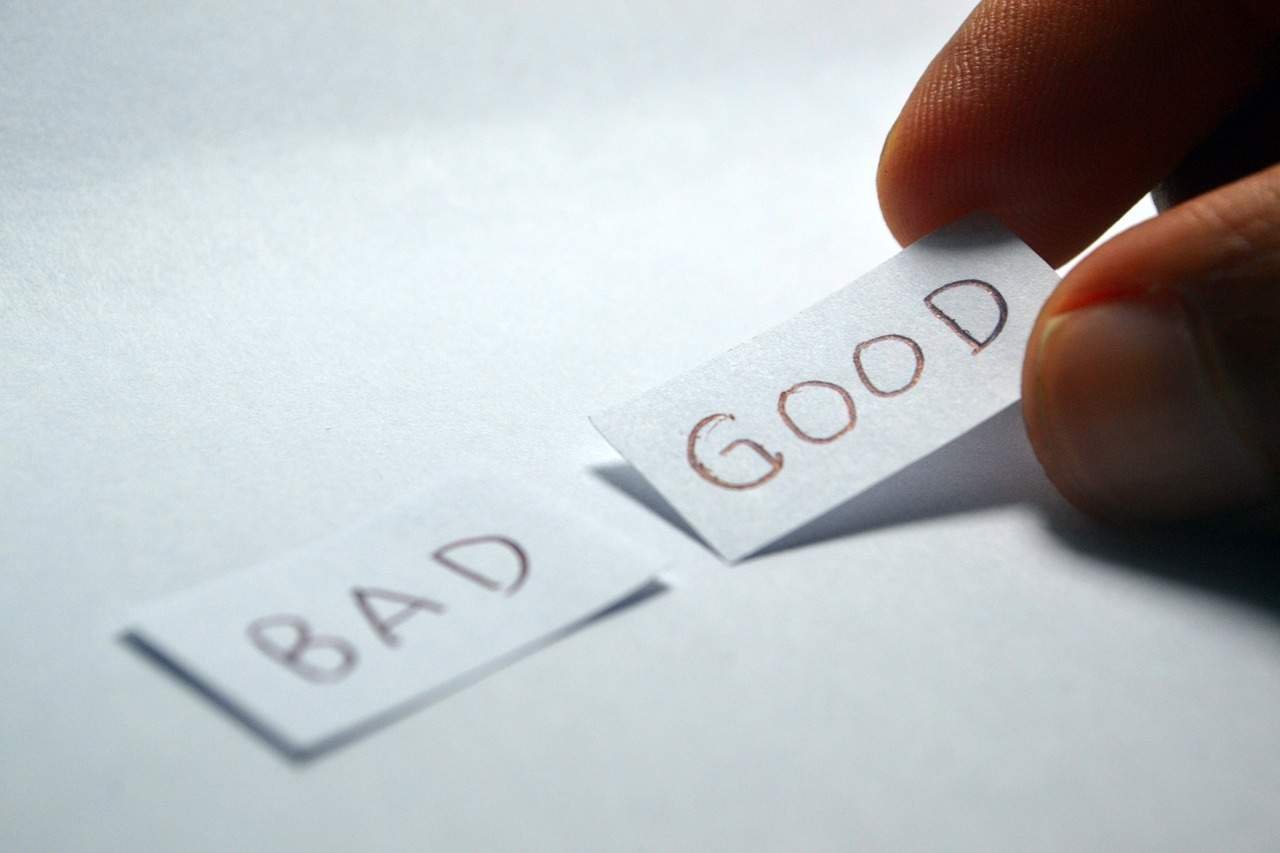 Positive and Negative impacts of Globalization on Economy

Positive, Good, Negative, and Bad impacts or effects of Globalization on Economy; Globalization makes business management easier and efficient for the company. Based on my research, Globalization simplifies business management in the world. This is due to the advancement in technology, transport, communication, education, and regulations of trade that makes trade fair to all parties. This attracts more people to engage in international business and international trade. Managers within the global face a lot of challenges due to high competition in the industry; good decisions must make to satisfy and maintain their customers and attract more customers for their products.

Here is the article to explain, What are the Positive, Good, Negative, and Bad impacts or effects of Globalization on Economy?

Companies enjoy economies of scale in the business due to the reduction of cost in the management. This report explores a range of interlinking questions, starting with what is globalization, what are the impacts or effects of globalization in developing countries and developed countries, this is in terms of positive and negative impacts or effects on the economy. Globalization is something that affects all of us, no matter what our profession or interest is.

The following Positive, Good, Negative, and Bad impacts or effects of Globalization on the Economy below are;

Most successful emerging markets in developed countries are a result of the privatization of state-owned industries. For these industries to increase consumer demand many of them are attempting to expand and extend their value chain to an international level. The impact of globalization on business management see by the sudden increase in the number of transactions across the borders.

In protecting yields and maintaining competitiveness, businesses are continuing to develop a wide range of their footprint as it lowers cost and enjoys economies of scale. Multinational corporations are a result of globalization. They occupy a central role within the process of globalization as evidenced through global foreign direct investment inflows.

Their concentrations within Europe in western economies have led to size constraints, therefore there is a need for new geographical areas to operate whereby they will face a lot of competition in the market. Through this they will enlarge their market and enjoy economies of scale as globalization facilitates time-space compression, economies compete at all levels including that of attracting investors.

Globalization tends to be the realm of the elite because in many parts of the world they are the only people who are affluent enough to buy many of the products available in the global marketplace. Highly educated and wealthy people from different backgrounds interact within a westernized milieu. Western styles, since are symbols of affluence and power, the elite often embraces western styles of products and patterns of behavior to impress others.

Today Western culture and patterns of behavior and language are staples of international business. United states have a powerful impact upon many other countries and societies. The world today has a popular cultural force. The popular consumer culture of the economically dominant West is relentlessly and inevitably transforming other regions, cultures, nations, and societies.

In addition, such perspective implies that technological change, mass media, and consumer-oriented marketing campaigns work in tandem to remake whatever they touch in their image. Even attitudes and ideas about society, religion and, technology transformed by cultural diffusion brought by globalization. For example, in America McDonalds, represent fast, cheap,p and convenient food while it is not the same worldwide. It’s of high price in other countries like China and Russia where it involves cultural experience.

Organizations have been established to control and regulate the trade activities of the countries in the world to have fair trade. World trade organizations emerged a powerful international or organizations able to effectively influence individual governments to follow international trade rules, copyrights, policies on subsidies, taxes, and tariffs. Nations can not break rules without facing economic consequences. The number of nations that are dependent on trade, foreign capital, and the world financial markets increased greatly.

Countries engaged in foreign trade enjoy a comparative advantage. The post-Recardianan trade theories predicted that specialization in labor and capital-intensive goods would bridge enormous wage gaps between the poor and the rich countries, that is the developing and developed countries, sparing the latter from massive labor immigration.

One of the most visible positive impacts or effects of globalization in India is the flow of foreign capital. A lot of companies have directly invested in India, by starting production units in India, but what we also need to see is the amount of Foreign Investment Inflow that flows into the developing countries. Indian companies which have been performing well, both in India and off the shores, will attract a lot of foreign investment, and thus pushes up the reserve of foreign exchange available in India.

This is also one of the positive impacts or effects of globalization in the US and other developed countries as developing countries give them a good investment proposition. Managers’ objectives might not be the same as those of stockholders in some situations. The more complex the corporation the more difficult it is for shareholders to monitor management’s actions whereby it provides the managers more freedom to act in their self-interest at the expense of shareholders.

Multinational firms are more complex than national firms. Managers might favor international diversification because it reduces firm-specific risk or adds to their prestige. These goals might be of little interest to shareholders. This divergence of interests between shareholders and managers might reduce the value of multinationals relative to domestic firms.

One of the most visible positive impacts or effects of globalization is the improved quality of products due to global competition. Customer service and the ‘customer is the king’ approaches to production have led to improved quality of products and services. As domestic companies have to fight out foreign competition; they compel to raise their standards and customer satisfaction levels to survive in the market.

The positive impacts or effects of globalization on culture are many! Not all good practices were born in one civilization. The world that we live in today is a result of several cultures coming together. People of one culture, if receptive, tend to see the flaws in their culture and pick up the culture which is more correct or in tune with the times.

Societies have become larger as they have welcomed people of other civilizations and backgrounds and created a whole new culture of their own. Cooking styles, languages, and customs have spread all due to globalization. The same can say about movies, musical styles, and other art forms. They too have moved from one country to another, leaving an impression on a culture that has adopted them.

Increased media coverage draws the attention of the world to human rights violations. This leads to improvement in human rights. Global economic growth does not necessarily make people happier, worldwide free trade should also benefit humanity as well as protect nature, not just reward managers and stockholders. Those who would be authentic leaders need to address inequalities.

Globalization should promote openness and information along with exchange with greater democracy and prosperity. Gone are the days where the limited jurisdiction became a hindrance in the prosecution of criminals. These days due to international courts of justice, these criminals can no longer seek asylum in a foreign country but will be brought forward and there will be justice.

Due to globalization, there is also an understanding between the security agencies and the police of two or more different countries who will come together to curb global terrorism. Hence, it is now possible to catch the perpetrators of crime irrespective of which country they choose to hide in. This is undoubtedly one of the greatest positive, good, negative, and bad impacts or effects of globalization on society or the economy.

Globalization also has its side effects on developed nations. These include some factors which are jobs insecurity, fluctuation in prices, terrorism, fluctuation in currency, capital flows, and so on.

In developed countries, people have jobs insecurity. People are losing their jobs.

Most people like accountants, programmers, editors,s, and scientists have lost jobs due to outsourcing to cheaper locations like India. Globalization has led to the exploitation of labor. Safety standards are ignored to produce cheap goods. “In practice, however, the recent experience in Latin America has been that many such open-handed multinationals moved their operations too; for example, China or South East Asia because of cost and market considerations”.

Globalization has led to a fluctuation in price. Due to the increase in competition, developed countries are forced to lower down; their prices for their products, this is because other countries like China produce goods at a lower cost; making goods to be cheaper than the ones produced in developed countries. So, for the developed countries to maintain their customers they are, forced to reduce the prices of their goods. This is a disadvantage to them because it reduces the ability to sustain social welfare in their countries.

References; Positive and Negative effects of Globalization. Retrieved from https://www.ukessays.com/essays/economics/positive-and-negative-effects-of-globalisation-for-business-economics-essay.php?vref=1

EEconomics Content
Understand Capitalism; Capitalism is an economic system in which each individual in his capacity as a consumer, producer,…