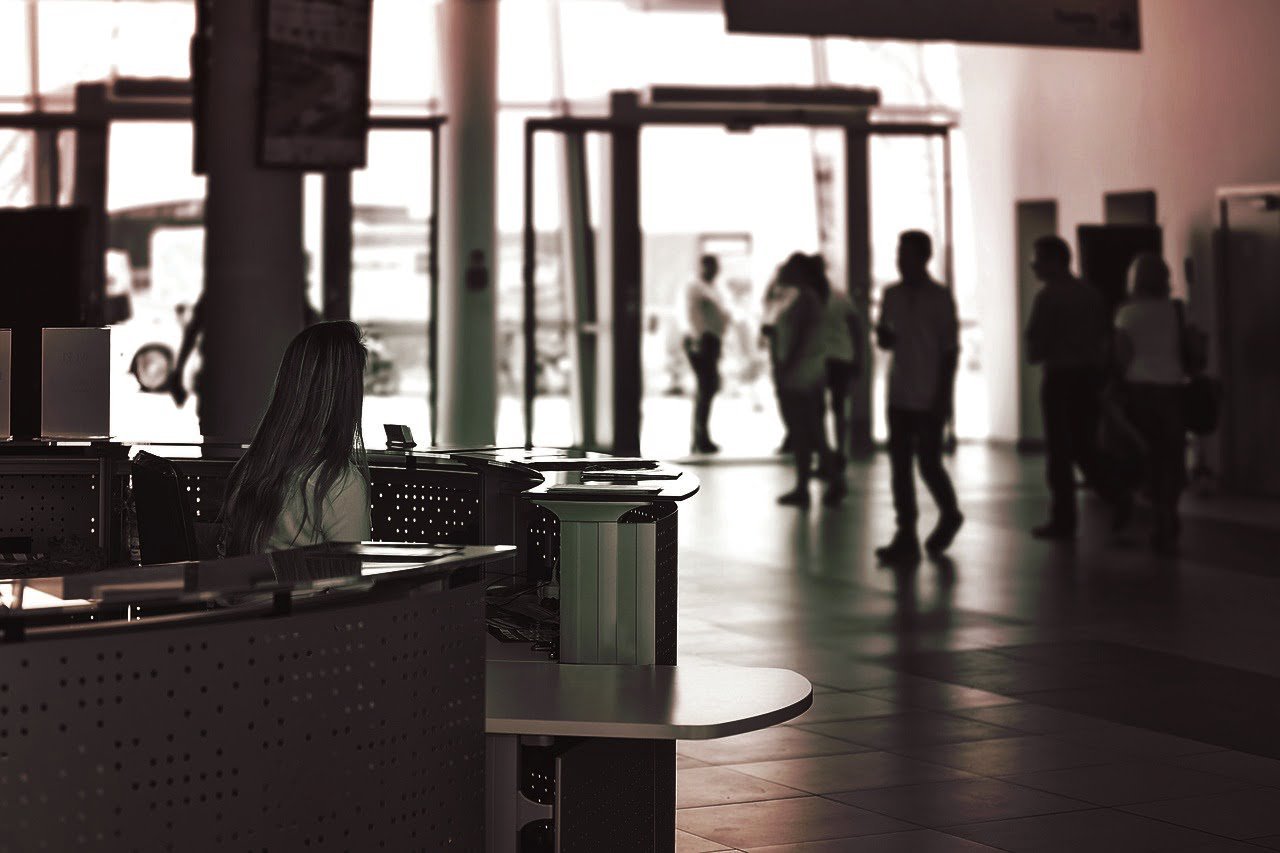 Human resource management theories, principles, and techniques for people management in competitive organizations draw from theory found in different disciplines. Guide to Theories in HRM Study with PDF, PDF Reader, and Free Download. Indeed, it is impractical to present all the disciplines and relevant theoretical aspects that have shaped the understanding of human resource management today. Therefore, it is believed that it is only important to give the reader a cursory view of some relevant theories underpinning human resource management and whoever may interest in knowing more about the genesis and developments of a specific theory may do so by taking extra homework.  Also learn, MIS, Guide to Theories in Human Resource Management.

Learn and Study, Guide to Theories in Human Resource Management.

Cameron & Whetton (1981) advanced organization life cycle theory which characterizes organizational development from formation, growth, maturity, decline, and death. According to the theory, the driving force in all these stages is the nature of the workforce. Also, at the maturity stage, the organization cannot continue to grow or survive if there is no organizational structure that supports human resource creativity, innovation, teamwork and high performance, which will withstand pressure from competitors.

Role behavior theory aims to explain and predict the behavior of individuals and teams in organizations, which, in turn, inform managers for decision making, and what steps they take on people management as well as the expected consequences. Some of the key ideas focus on the need to improve the working environment including the resources to stimulate new behavior in employees for them to cope with new demands (Prachaska et al. 1982), it includes the use of rewards to induce and promote positive work behavior, and punishments to control negative behavior (Rogers 1983).

One of the challenges faced by managers during the economic recessions in the 1970s is how organizations can best acquire scarce resources and effectively utilize them to remain competitive in the market. Also, the ability to utilize one’s resources including (financial, technological and labor), and acquire more from the external environment was one of the areas of concern in many organizations.

The more organizations were able to harness resources, the more competitive they became. Therefore, resources were seen as the essence of organizational power (Emerson 1962). However, overdependence on external resources appeared to be risky due to the uncertainties that cannot be controlled by the organization (Pfeffer & Solansick 1978). Concerning useful labor, the emphasis shifted to seeing employees as scarce resources that should acquire effectively, utilize, develop and retain.

The word ‘institution’ means different things to different people depending on the Academic and professional orientation (Peters 2000). However, it is a discipline that combines politics, law, psychology, public administration, and economics amongst other things, to explain why certain decisions are made or actions were taken and their impact on the organization. Commons (1931: 648) defines ‘institutions’ as ‘collective action in control, liberation, and expansion of individual action’.

Collective action covers areas such as customs, law, and procedures. The main objective of the collective action is less or greater control of the acts of individuals; which results in either gains or losses in the process of executing joint transactions. Control is about prohibitions of certain acts in such a way that the control of one person or organization leads to the liberty of the others and hence better gains.

According to Commons (1931), these institutions establish relationships of rights, duties, no rights, and no duties which influence the behavior of individuals. ‘The major role of institutions in society is to reduce uncertainty by establishing a stable (not necessarily efficient) structure to human interaction.’ Institutions could be formal and have explicit rules, contracts, laws, and rights (institutional arrangements) or informal in the sense of social conventions that are not designed by anybody.

Therefore organizations should set an appropriate institutional framework that will bind and influence the behavior of employees towards an organizational commitment to excellence. Also, put by Brunsson (1999): ‘the process of standardization of procedures affect behavior’. Employment contracts, performance agreements, and other employment-related instruments should, therefore, see as useful aspects of human resource management.

Transaction cost theory base on the economic view of the costs of conducting business transactions. The thesis is that companies will grow if the costs of exchanging resources in the company are cheaper in comparison to competitors (Commons 1934; Coase 1984; Williamson 1998). Such costs include bureaucratic employment structures, procedures and the enforcement of employment contracts. For that matter employment relationships that may lead to high costs of exchange, should minimize.

The main architect of comparative advantage theory is the economist David Ricardo who talked of the specialization and division of labor among nations and firms. Ricardo postulated that nations should produce goods in which they have a domestic comparative advantage over others (Ricardo 1891). Since then, organizations and nations have focused on strengthening internal capacity to have more advantages relative to competitors and hence to reduce production and distribution costs per unit. Improving internal capacities include having the best human resources that best utilize to produce cheaper and better quality goods and services (Porter 1980; Grant 1991).

Therefore organizations see as systems with components and parts that relate and interconnected in such a manner that failure of a component or part leads to the failure of another (Laszio 1972; Haken 1980; Robbins 1990). The system approach to understanding organizations considers the human resource department as a component of the organization’s system that also has other departments such as accounting, engineering, marketing, etc.

For the organization to grow and remain competitive, each department, section or unit should support each other. One of the organization’s inputs from the environment is human resources. For example, if an organization makes an error with its recruitment strategy; it will hurt the whole organization.

Similarly, if at the input processing stage, human resources do not utilize in the best possible way; the same will reflect in the quality and price of goods and services through feedback mechanisms. This may include the failure to sell goods or services at the expected prices.

The human capital theory was initially well developed by Becker (1964) and it has grown in importance worldwide because it focuses on education and training as a source of capital. It is now widely acknowledged that one of the key explanations for the rapid development of Asian countries in the 1970s and 80s is the high investment in human capital (Robert 1991; Psacharopolos & Woodhall 1997).

There is a growing body of knowledge stipulating that since an organization operates and thrives in a complex environment, managers must adopt specific strategies that will maximize gains and minimize risks from the environment (Peter & Waterman 1982; Scott 1992; Robbins 1992).

In this premise, the theory contends that there is no one best strategy for managing people in organizations. Overall corporate strategy and the feedback from the environment will dictate the optimal strategies, policies, objectives, activities, and tasks in human resource management.

Gareth (2009: 291) defines organizational change as the process by which organizations move from their present state to some desired future state to increase their effectiveness. Organizations change in response to many developments taking place in the internal and external environment such as technology, policies, laws, customer tests, fashions and choices that influence peoples’ attitudes and behavior.

Globalization has changed knowledge monopoly. Knowledge generated in one part of the world spreads faster than a decade ago. Today, what matters for organizational competitiveness is the ability to learn from emerging knowledge and adapt the learning to suit the organizational environment faster than others.

Agyris & Schoen (1978) and Senge (1992) have emphasized the importance of total organizational learning whereby individuals and teams muster knowledge related to their work and the environment; and, share with the common vision, models, and strategies for addressing the present and future of the organization.

Schuler (2000) has summarised these theories into a more manageable framework (see Table 1). This framework enables us to compare human resource theories and their main objectives.

Theories, as stated earlier and summarized in Table 1, are useful in shaping debates and professional practice in the process of the evolution; and, development of human resource management as a discipline as well as a profession. The usefulness of the conclusions reached from these theories will unfold as we go through the process of the evolution of human resource management over the past one hundred years.

What is Management Information System (MIS)?