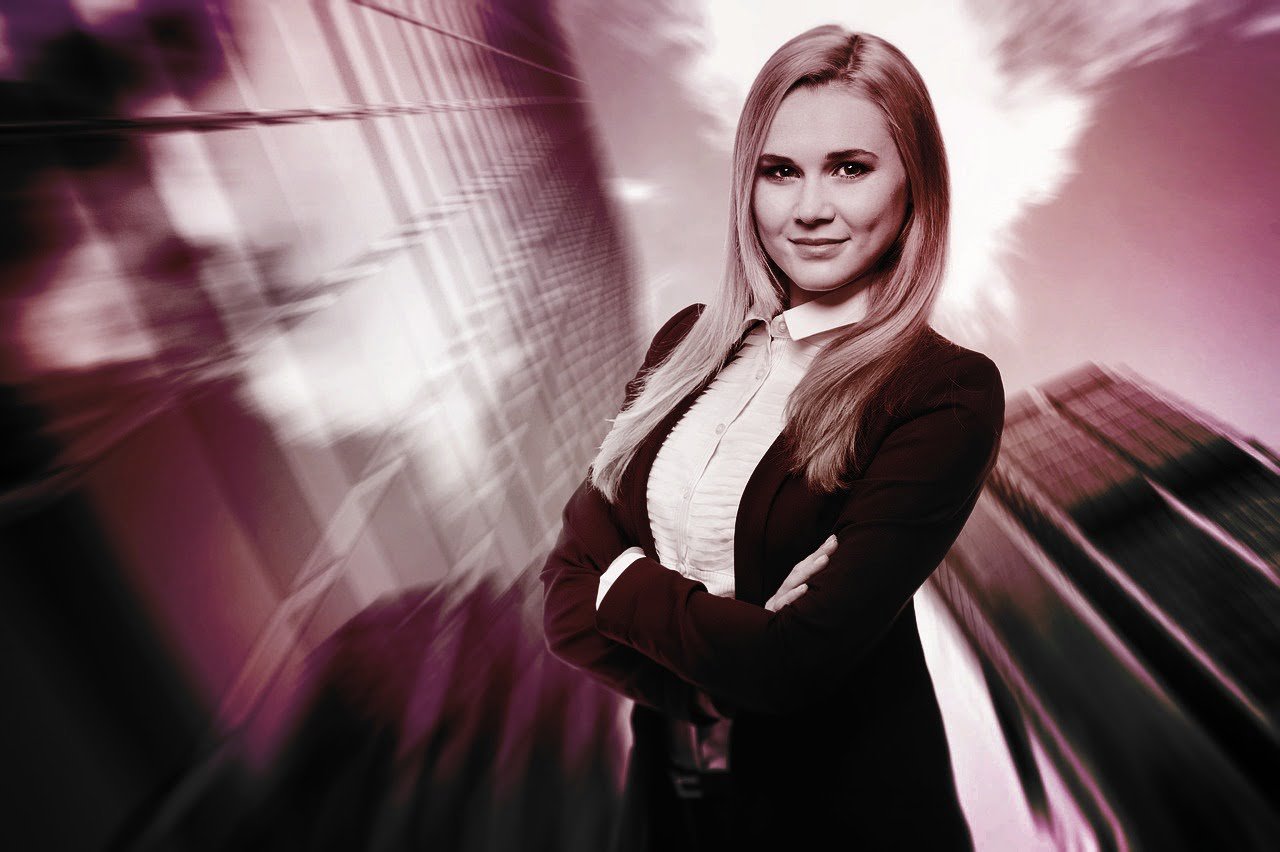 Learn and Study, The Evolution and Development of Human Resource Management!

Human resource management as a practice happens wherever there is more than one person. The Evolution and Development of HRM with PDF, PDF Reader, and Free Download. It starts at the family level where family members take different roles and responsibilities for the accomplishment of family objectives. The head of the household would harness all available resources including people to find the best in them in order to achieve whatever may be needed or desired. Indeed, the division of labor depends on the philosophies, values, and expectations of family members and which are rooted in the wider society, be it a clan, a tribe or religion. Also learned, Guide to Theories in HRM! The Evolution and Development of Human Resource Management!

Managing people in an organizational setting is well documented throughout the history of mankind. Organisational structures evolved, leadership emerged or was formed, roles and responsibilities were assigned to people, accountability systems were laid down, and rewards and punishments were also provided. In this regard, the division of labor, specialization, and accountability were systematically organized to achieve a specific purpose.

However, the documentation of the evolution and development of human resource management practices can be traced back to the booming European economy of the 1900s. This economy created the necessary environment for more serious thought on the role of effective people management in the emerging labor market of the time. The economies were preparing for the First World War and its aftermath where industrial production required a mass of skilled, well organized and disciplined labor force. The challenges revolved around mobilization of resources including people, which led to the evolution and development of four stages in managing labor. The stages were mainly identified by looking at the changing titles of officers responsible for managing the workforce and different roles that were emerging over time.

Therefore, although personnel management literature often states particular dates or decades of transformation from one phase to another, as a matter of principle, such dates or decades are more for convenience and reference purposes than being actual historical events. The same recognition is used to provide a picture of the chronology of the evolution and development of human resource management as we see it today. Figure 1 displays the stages in the evolution of human resource management.

Historically, the 1900s was a time of increasing technological and economic breakthroughs arising from continued advancement in general and scientific knowledge through creativity and innovations. Indeed, the advancements had the serious impact on economic growth and demand for goods and services in Europe and in Germany in particular for the preparations of World War I. More goods were demanded, and the massive production of goods could be done more efficiently than ever before, under one industrial roof. This was a common phenomenon across.

Figure 1 Stages in the evolution and development of human resource management.

Western Europe particularly in Britain, France, Spain, and Italy. For the Germans who were secretly preparing for war, the production of war materials created a chain of industrial networks with forwarding and backward linkages. Managing the increasing workforce in the emerging complex industrial production systems was an ever-more difficult challenge. The search for solutions, which included how to organize employees and ensure that their welfare was provided for, led to the need for better people management techniques that were not necessarily important only a few years before.

Welfare services such as a canteen and other needs required some kind of officer whose sole purpose was to take care of workers. This is the genesis of employees’ welfare services in organizations and the famous title of welfare officers we have in some organizations even today.

Change of focus from welfare to personnel administration:

The 1920s and mid-30s are generally regarded as decades of personnel administration. The growing size of organizations and pressure to improve productivity called for the need to recruit, select, train, keep records, appraise, motivate, control, and improve production of job entry level of employees and those in the job as part of job orientation. These administrative tasks were best handled by welfare officers because of their experiences in welfare matters. However, since the roles of welfare officers changed in nature and scope and became more demanding in terms of knowledge, skills and behavioral attributes, the whole situation suggested that the title of welfare officer was not good enough to describe what was actually happening. To address these new dimensions of a welfare job, the title had to change from welfare officer to personnel administrator.

Evolution and development of personnel management:

This covers the period during and after World War II. In the 1940s and 50s, there was an ever-growing role for personnel administration to cope with the rising challenges and demands of the job which included craft, supervisory training and labor disputes that were threatening employees and organizational efficiency. These new dimensions in employee management were exacerbated by developments in academia, professional managers interested in academics and consultants where efforts were devoted to study behavioral factors in job performance.

Such developments include human relations’ school, which was pioneered by Elton Mayo and Kurt Lewin, who emphasized on improving the work environment and work groups as a strategy to improve productivity. Treating employees as human beings rather than working tools was a new doctrine that was revealing other aspects of people management in other phases of personnel management. This period marked a shift in emphasis from managing an individual employee to managing groups/teams in the organization.

Other contributions were from the work of Abraham Maslow on the human hierarchy of needs and the power of employee’s motivation on productivity. Later, Chris Argyris and Frederick Herzberg wrote about the concept of employee’s satisfaction and the significant impact this concept has had on the organizational practices in improving the quality of work in organizations. The organization development school driven by Bennis & Schein provided equally useful inputs to personnel practices particularly in areas of effective communication and the need to reduce conflict in the workplace.

Therefore, to suit the fashion of the time, there appeared to be a difference between ‘administration’ and ‘management’. Likewise, there is a difference between ‘administrator’ and ‘manager‘, where the former appears to be dealing more with routine activities, the latter deals with more strategic issues. There is, however, an on-going debate in academia on the semantics and the actual substance of personnel jobs.

By looking at personnel management in this perspective, as may also be noted from other work by the same author, and many other experts including Dessler (2005) and Bhatia (2007) there are many functions that ought to be performed in a designated functional department (personnel department). However, as shall be observed later, these functions are not by themselves necessarily different from those under a human resource management conceptual framework.

The personnel functions are summarised and explained below as follows.

Resourcing is a concept that has emerged with the use of the term ‘human resource planning’ as we shall see later. It involves a process of enabling the organization to have the right people, doing the right jobs at the right time. This is in line with the challenges facing managers in staffing organizations. It is about planning for the number and quality of employees required under different job categories and to make sure that staffing process such as recruitment, selection, placement, promotions, transfers, and downsizing are effective.

Why are Training and Development required in HRM?

The personnel department has to initiate the system, process, techniques and tools for individuals, teams and organizational performance measurement. It has to ensure that performance targets for individuals, teams, sections, and departments are set and agreed upon and measures to address performance gaps are in place and are working. This is not an easy task because it requires a value judgment about employees. Indeed, there are no other areas of personnel management that make personnel officers more uncomfortable and unpopular than the appraisal function. This is because whatever process or tool is used to appraise staff and reward them accordingly, there is always tacit or explicit dissatisfaction from staff based on the feelings that such decisions were biased. Progress has been made towards improving staff appraisal systems, which will be covered later under performance management.

The words ‘compensation’ and ‘reward’ are often used interchangeably in contemporary personnel management. Although in principle, the two concepts may mean the same thing, they have different philosophical roots. Whereas the former is based on the interpretation that work is not necessarily a good thing and hence those who work lose something which should be compensated, the later considers work positive and something which has to be rewarded depending on the quantity and quality of accomplishment. Therefore, employees need different types of compensations or rewards for the effort they expend on the job and enable the organization function. It is the duty of the human resource department through the responsible officers to evaluate different types and levels of jobs in order to develop appropriate compensations or rewards in terms of pay and other incentive packages.

Relationships between an employer and employee and among employees in the workplace need to be nurtured to avoid conflicts and disputes which will ultimately lead to unproductive behavior. The personnel department is well placed for this job as it has staff trained in people management particularly in industrial legislation, labor laws, and conflict management. Some industrial organizations employ lawyers as industrial relations officers, but qualified personnel officers should be able to perform this role. However, other experts such as lawyers and professional counselors may be consulted where necessary.

There is a myriad of other personnel functions, which are basically routine work and constitute day-to-day administrative activities performed by personnel officers depending on the size and scope of the organization. These functions include but not limited to, health, transport, security and safety, pensions, deaths, and personal information system.