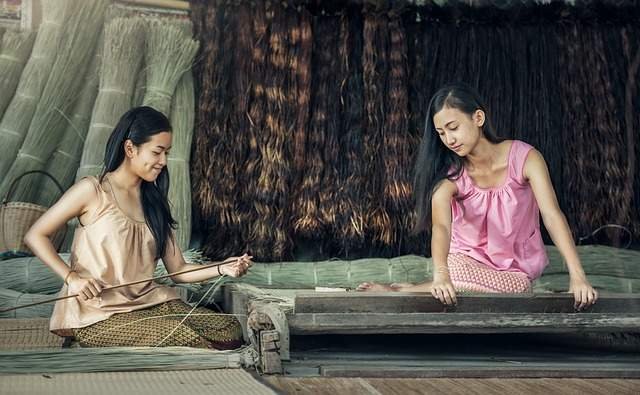 What does mean Group Technology? Group technology or GT takes advantage of the similarities of parts and machines in a manufacturing system. In this paper, the classification and clustering approaches to group technology in manufacturing systems are discussed. The mathematical programming formulations for the clustering problem are presented. GT is the important technology among the others and it will play a major role in the factory of the future. So, what is the topic we are going to discuss; Group Technology: Meaning, Definition, Advantages, and Limitations.

Here are explained; What is the Group Technology? first Meaning, Definition, Advantages, and finally Limitations.

Meaning of Group technology: GT is a concept that is currently attracting a lot of attention from the manufacturing community. GT offers a number of ways to improve productivity in batch manufacturing. The essence of GT is to capitalize on similarities in recurring tasks. GT is, very simply, a philosophy to exploit similarities and achieve efficiencies grouping like problems.

Group technology is an approach to organizing manufacture which can be applied in any industry (machining, welding, foundry, press work, forging, plastic molding, etc.) where small-batch variety production is used.

The basic approach enables all aspects of manufacturing, from design, through estimating and planning, to production, to be rationalized. It forms the basis for the development of computer-aided procedures and flexible automation. Group technology is a manufacturing philosophy or principle whose basic concept is to identify and bring together related or similar parts and processes, to take advantage of the similarities which exist, during all stages of design and manufacture.

If parts can be classified into families, and machines arranged into groups, then the handling of parts during manufacture can be easily done by the robot. It must be understood that there exists a relationship between finished products and the parts from which they are made. While assemblies may bear little relation to each other, the sub-assemblies from which they are constructed will exhibit some like features. By exploiting the similarities which exist among such a population of parts, group technology sets out to reduce the time and cost of manufacture.

“Group technology is the realization that many problems are similar and that, by grouping similar problems, a single solution can be found to a set of problems, thus saving time and effort.”

The main theme is thus to identify somehow from the large variety of parts those families which require similar manufacturing operations. Cells are created to manufacture defined types and size ranges of parts. Groups of machines, chosen for each family are situated together in a group layout, in such a way that parts flow from one machine to the next in the sequence of operation.

It is not necessary for every part to visit each machine, but the machines in a cell should ideally be capable of carrying out all the operations required in the family. It may be remembered that in a functional layout, all like machines are grouped at one place and thus a product has to move a lot of distance in a zig-zag manner. But in a cell layout, various machines are arranged so that product flows from one machine to the next in sequence.

Prior to 1913, the era of Henry Ford and his Model T, all machining models were similar to our present job shop techniques with machines laid out usually in lines or blocks of similar machines. The work was loaded onto the machines usually by the manual progress control system. Ford introduced the assembly line and that, in turn, led to automated transfer machines. However, the majority of engineering do not produce items in the quantity that justify such methods and so the jobbing shop philosophy continued.

GT is mainly coordination of normal good engineering practices. It is impossible to say who first practiced GT. There are reports of it having been used in Germany in the 1930s. In an international Conference held in Stockholm in 1947, the basic groups were explained by C.B.Nanthorst. In Italy, M. Patrignany was an early exponent of this technology. However, little of this appears to have been in English. First published work was from the USSR by S.P.Mitrofanov in 1959 and thereafter subsequent books here published by F.S.Denyanyuk and E.K. Ivanov.

The first reported work on GT outside Russia was done by a French Forges et Ateliers de Construction Electriques de Jeurmont – and this was about in Machinery in 1962. Subsequently, several British companies conducted considerable work in this field. There have also been considerable studies done by various consultants in the Universities. The significant contribution by J.L.Burbidge in the 1960s led to GT as A total Manufacturing Philosophy.

According to Burbidge, the following are the advantages of introducing GT in manufacturing.

Studies were undertaken by N.L.Hyer indicates the following significant savings after implementing GT Snead prepared a summary matrix, listing the benefits listing benefits achieved for the various GT. What is the Definition of Production Management?

Group Technology is a great concept. But all good concepts do have their own limitations and need proper care in their applications for results to be realized in practice.

The Disadvantages of Group Technology or cellular manufacturing may be as follows.

How to Uses of Group Technology in the Company for Production?

Survey of product and use of group technology:

Group technology technique can be conveniently followed using a classification system. In an assembly, a variety of parts exist. These varieties of parts can be-segregated in three broad areas, viz.

It may be noted that the group technology is not concerned with categories (i) and (iii) but relates to category (ii). The aim thus is to group the range of parts under the category (ii) in some way, for the purpose of manufacture. Several types of classification systems have been devised and one has to carefully consider the system based on his needs.

An organization with a wide range of products needs a complex detailed system but the same is not good for the one dealing with a limited range. Provision should always be made for future likely growth and classification system chose must keep this requirement in view.

The suitability of a firm for the introduction of GT depends on several factors. The survey of Willey and Dale give a tentative description of a company profile likely to achieve. The greatest benefits from GT, some of these are:

Athersmith and Crookall Rajagopal and Smith Gupta Andand Grayson have suggested. Another way of finding out the suitability of GT for a batch production industry. Computer simulation has been used by the effect of the introduction of GT in the batch production. Industries based on the parameters such as throughput time. WIP inventory and plant utilization Further GT are considered a desirable stepping stone for establishing Just-In-Time production.

How do you Understand the Time Value of Money in Cost of Capital?

What is the top Objectives and Characteristics of Budget Control?

PProduction Management
Production Planning and Control; The function of production planning and control involves co-ordination and integration of the factors…