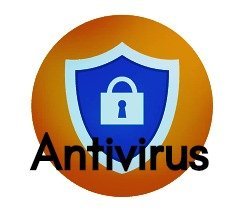 These tools are critical for users to have installed and up-to-date because a computer without anti-virus software installed will be infected within minutes of connecting to the internet. The bombardment is constant, with anti-virus companies update their detection tools constantly to deal with the more than 50,000 plus new pieces of malware created daily.

Most antivirus programs include both automatic and manual scanning capabilities. The automatic scan may check files that are downloaded from the Internet, discs that are inserted into the computer, and files that are created by software installers. The automatic scan may also scan the entire hard drive on a regular basis. The manual scan option allows you to scan individual files or your entire system whenever you feel it is necessary. Since new viruses are constantly being created by computer hackers, antivirus programs must keep an updated database of virus types.

This database includes a list of “virus definitions” that the antivirus software references when scanning files. Since new viruses are frequently distributed, it is important to keep your software’s virus database up-to-date. Fortunately, most antivirus programs automatically update the virus database on a regular basis. While antivirus software is primarily designed to protect computers against viruses, many antivirus programs now protect against other types of malware, such as spyware, adware, and rootkits as well.

Antivirus software may also be bundled with firewall features, which helps prevent unauthorized access to your computer. Utilities that include both antivirus and firewall capabilities are typically branded “Internet Security” software or something similar. While antivirus programs are available for Windows, Macintosh, and Unix platforms, most antivirus software is sold for Windows systems. This is because most viruses are targeted towards Windows computers and therefore virus protection is especially important for Windows users. If you are a Windows user, it is smart to have at least one antivirus program installed on your computer. Examples of common antivirus programs include Norton Antivirus, Kaspersky Anti-Virus, and ZoneAlarm Antivirus.

Anti-virus software is a software utility that detects, prevents, and removes viruses, worms, and other malware from a computer. Most anti-virus programs include an auto-update feature that permits the program to download profiles f new viruses, enabling the system to check for new threats. Antivirus programs are essential utilities for any computer but the choice of which one is very important. One AV program might find a certain virus or worm while another cannot, or vice-versa.

Related Posts  Difference of Advantages and Disadvantages of Diversity Management

A virus scanner is possibly the most important piece of software that is installed on your computer. Protection from viruses is only as good as the last update. Out of date virus protection may as well not be on the computer; sometimes up to 100 new Virus a month are released into the wild, so up to date virus protection is a must. Virus protection should be updated at least once a week, or preferably automatically when connected to the internet. Virus scanners can be downloaded free from the internet so cost should never be the reason for not having adequate protection.

Antivirus software typically runs as a background process, scanning computers, servers or mobile devices to detect and restrict the spread of malware. Many antivirus software programs include real-time threat detection and protection to guard against potential vulnerabilities as they happen, as well as system scans that monitor device and system files looking for possible risks.

There are several different companies that build and offer anti-virus software and what each offer can vary but all perform some basic functions:

Always be sure you have the best, up-to-date security software installed to protect your computers, laptops, tablets, and smartphones. Antivirus software, or anti-virus software (abbreviated to AV software), also known as anti-malware, is a computer program used to prevent, detect, and remove malware.

SSecuritys
WAF Security Architecture: As a pioneer in enterprise Application Management, I often hear people asking me why they…