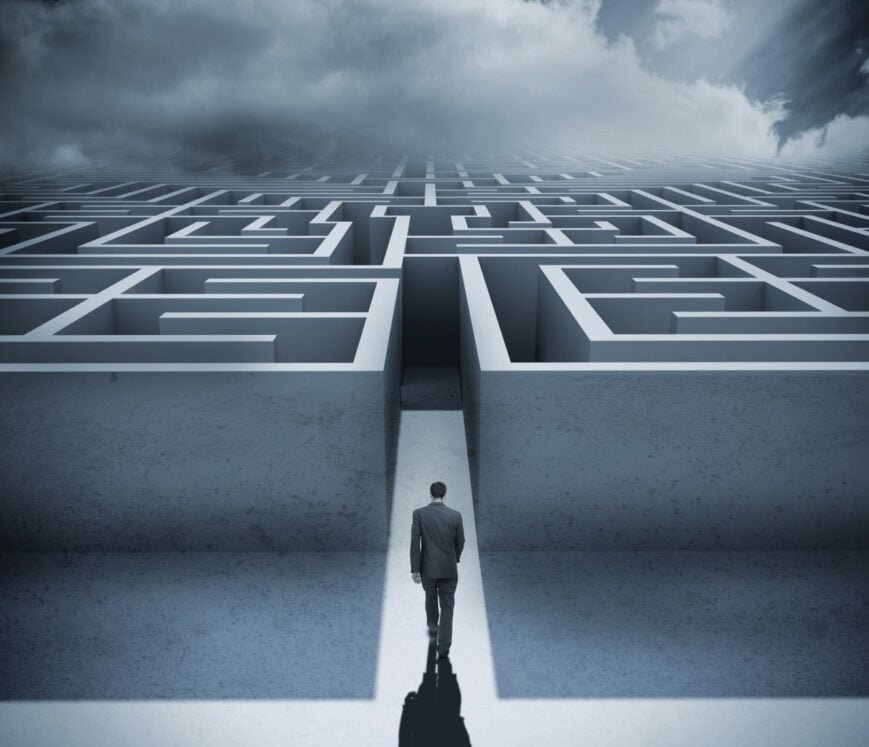 Know and Understanding of Paradoxical Thinking

What is Paradoxical Thinking? The management theorists have focused their attention on three types of thinking i.e. magical thinking, modern thinking, and postmodern thinking. Know and Understanding of Paradoxical Thinking; The latest inclusion is paradoxical thinking. The main reason that paradoxical thinking has gained importance in the business world is that there were some buzz phrases that were being used by the employees of the organizations such as controlled chaos, getting outside the box, breaking the frame of reference, creative destruction, fuzzy logic and etc.

How to Understanding of Paradoxical Thinking?

All of these terminologies show that a business can develop something impossible by going beyond the imaginative framework and these old models have less importance in the contemporary world. The primary crux of the paradoxical thinking is that the openness can be anything but it is indecisive, lacks principled convictions and is sometimes passionless as well. Paradoxical thinking implies that problems should be looked from different angles rather than one perspective so that it can be resolved effectively.

The term ‘paradox’ is described as a range or group of statements that are contradictory and challenge the conventional thinking parameters. Likewise, paradoxical thinking is stated as the way of looking at a situation or a problem form a various range of perspectives and carrying out in-depth analysis to understand the problem completely. One of the best examples of the application of paradoxical thinking is evident in the work performed by Farday in about 1830s.

Farday observed that when the electric current is passed through a wire it can cause a magnetized needle to move that is located adjacent to the wire to move in a direction which is rotational; it formed the basis of the electric motor invention. In order to extend his learning and thinking capabilities, he increased his efforts and found that even the moving magnets can ease the flow of electricity in the system. He challenged the ways in which the conventional theorists of physics were working so that he could make a valuable contribution to the field.

It has been found that the companies that encourage paradoxical thinking within their culture are able to make successful progression and their success is evident from the robust performance in the industry. The paradoxical thinking is found in abundance in leading corporations especially technology-related firms such as Microsoft, IBM, Apple, Dell, Google, Sony, Wal-Mart, Coca-Cola and many more.

Paradoxical Thinking: Whether it can be learned or not.

The proponents of paradoxical thinking state that the people have to think out of the box and do an in-depth analysis of any contradictory thought because it can give rise to something new that is not present in the market. There is no science involved in learning the paradoxical thinking as the learners just have to change their thinking patterns. Sometimes, a solution or invention may appear not to make any sense but it might appeal to the target audience.

Related Posts  The Beetle Who Went on His Travels

For instance, when sports cars were introduced, people were skeptical about it whether it will be accepted in the market or not; now it is the leading choice in the sports world. Similarly, when solar cars were launched by Saturn, it had to face a huge amount of criticism but it was successful in meeting the demands of its customers and providing them an energy efficient car that is beneficial for the environment. The key requirements of developing paradoxical thinking are open-mindedness, courage to take risks and experimenting with new ideas. It is important to remain alert to the absurd ideas that are present all the time in minds; they have to be noted down and then dwelt.

The employees of an organization need to be encouraged to play with even vague ideas because there are chances that a unique proposition gets clicked in the mind that can be beneficial for the company’s enhanced performance. For this form of thinking, openness is crucial because it allows the individuals to learn new subjects that might not have any linkages to the profession. It is vital to extend the learning boundaries so that unleashed features can be addressed; therefore, increased exploration is the basic requirement of paradoxical thinking.

The basic foundation of the paradoxical thinking is being skeptical all the time; meaning looking at the things from varying perspectives. For instance, when looking at a product, a person can think about making changes in it that can make it look more attractive or changing the style or ingredients that can appeal to other markets. Hence, paradoxical thinking can be learned easily by changing the way of looking and observing things in the surroundings so that a new perspective is highlighted.

It has been found that the paradoxical thinking is one of the eight skills that are related to the intelligence framework. The eight skills that are linked to the intelligence are judgment, perception, reason, intuition, imagination, logic, memory and paradox. Among all the skills mentioned, the least commonly used one is the paradoxical thinking because people are reluctant to get involved in illogical thinking.

The traditional specialists still show resistance to apply the concept of paradoxical thinking within the business environment because they feel that it is not appropriate for a business to get involved in such irrational activities. However, the trend is now shifting to the paradox paradigm when the company’s management has realized that the customers are looking for both functional and creative solutions.

The reason that paradoxical thinking is linked to intelligence is that it allows the people to apply their thinking skills to modify the idea into something feasible that will be appealing for the end-consumers. IBM has ensured that it allows its employees to give any kinds of practical suggestions to the company that can help it in increasing its proficiency and eliminates the drawbacks that are prevalent within the firm. USA Today was the first one to introduce the concept of online newspaper so that the customers can read the paper on the Internet.

Related Posts  What is the importance and process of Decision-Making?

When the owner wanted to launch this idea, the majority of the people felt that it will have to encounter problems as people prefer to enhance their knowledge about the latest happenings through paper newspapers. However, the paper is considered to be the top-selling newspaper in the region that has successfully met the needs of the customers, especially who is looking for previous issues to get access to a particular article or piece of information.

Since the basic requirements of paradoxical thinking are open working culture and going out of the traditional ways to introduce innovative offerings, the organizations have to make these two elements the integral part of their working environments. The leaders of these companies have to show their appreciation for the efforts put in by the employees in the form of imaginative and appealing ideas so that they are encouraged to enhance their level of productivity.

When employees are encouraged to become a crucial part of the organization’s decision-making process, it enhanced their level of motivation and they are willing to make more meaningful additions to the business processes. In order to support the paradoxical thinking within the company, the top management has to understand that they need to create an environment which allows the employees to play with creative elements, get engaged in activities that will help them in unleashing unexploited avenues of the business operations and ensure that the customers are provided with unique offerings at a fast pace. How To Make Your Small Business Stand Out? Many Ways You Can Try IT!

Hence, with the help of creativity, openness, innovation and skeptical thinking, the paradoxical thinking will be promoted within the business organization. Learning Development and Exercise of Self-Efficacy Over the Lifespan! All of these factors will ensure that the company’s productivity is increased, the competitive edge is attained in the industry and performance continues to grow in a profitable way and at an accelerating rate.

The Concept of Organizational Climate