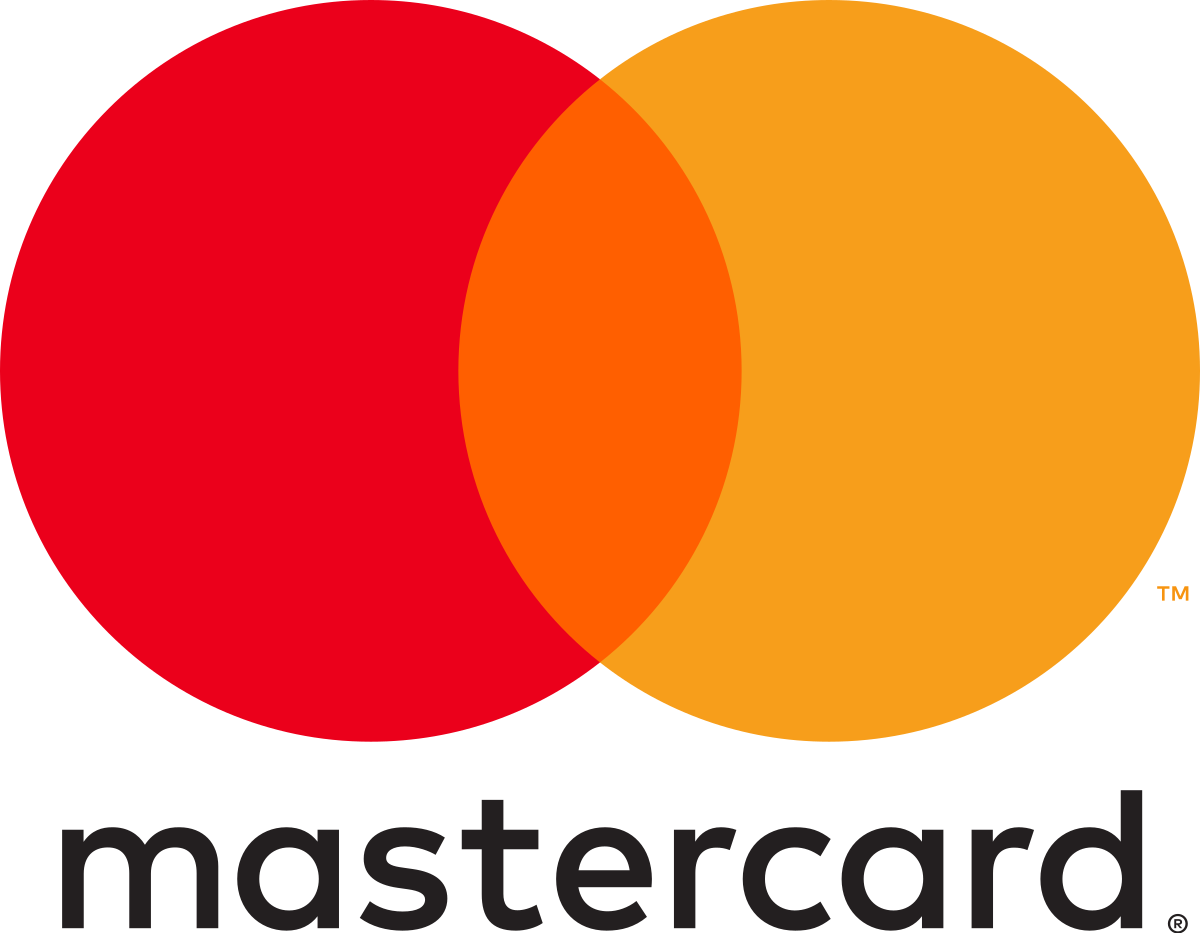 MasterCard Credit Cards Business Case Study; Credit (change) cards have been very big business for several decades. In 2001, over $30 trillion in payments for goods and services were charging using credit cards. The cards have made life easier for many people; because, they do not need to carry large amounts of cash for most purchases. Many people also use the cards as a way to borrow money; because, they need only pay a small percentage of the amount they owe each month, although they usually charge very high-interest rates for the unpaid balance.

Throughout the world, its principal business is to process payments between the banks of merchants; and, the card-issuing banks or credit unions of the purchasers who use the “Mastercard” brand debit and credit cards to make purchases, their Case Study. Mastercard Worldwide has been a public trade company since 2006. Before its initial public offering, MasterCard Worldwide was a cooperative own by the more than 25,000 financial institutions that issue its branded cards.”

The interest goes to the issuing bank, making credit cards a very profitable service for them. However, the credit card industry is intensely competitive, highly fragmented, and growing at a rate of 3 to 4 per year, making those profits difficult to achieve.

Visa and MasterCard are associations of banks that issue credit cards, you understand their Case Study. They market their cards, often several different cards, and provide support for the transactions; making networks available to collect and use the data. The most popular credit card has been Visa, with 44.5 percent of the business in 2001; while MasterCard is number two with 31.6 percent. Being very much second to Visa, MasterCard is trying to overtake it.

While it had been number two since the beginning, MasterCard began to emerge from “its doldrums” in 1997, according to Robert Selander, MasterCard’s CEO. It began to realize it might really be able to overtake Visa and become number one. To reach that goal, MasterCard needed to present itself so that the potential user will choose a MasterCard rather than a Visa. It also had to spur the bank issuers to promote MasterCard cards rather than those of their competition.

In 1998, when MasterCard had only 28.8 percent of the credit card charge volume; while Visa’s was over 50 percent, MasterCard decided it needs a new computer center; partially to handle all the data as the company’s business expanded as a result of its drive to overtake Visa. It also foresaw growth as a result of its change in strategy. The company’s new strategy required a system that would be able to keep a record of every transaction of every customer for three years.

The strategy included ways MasterCard and its member banks could use that data to increase their credit card business. MasterCard wanted to increase its daily volume of 30 million transactions in 1977. At the time it had three separate computer centers on four floors in the suburbs of St. Louis, Missouri, and it wants to consolidate the computer centers while enlarging the new center; so, that it would be able to handle both the current volume and the planned volume as it expands.

At that time it was storing nearly 50 terabytes (50 trillion numbers and letters) of data, including the dollar amount, merchant, location, and card number. MasterCard also planned to add other data fields, such as ZIP codes, to make the data more useful. However, to protect MasterCard users, it did decide not to include demographic data such as incomes and ages.

While both Visa and MasterCard had already been warehousing so much data; they were both moving toward providing reports to their member banks. MasterCard’s goal was to give its members (the banks) direct access to their customers’ data as well as tools to analyze all of this data; all to persuade the banks to choose MasterCard over Visa.

For example, if banks could use MasterCard tools to improve their analysis of the profitability of the cards in their portfolios or gain more customers and transactions to process; they would be inclined to push MasterCard more often. Such an analysis could help banks determine the types of customers that were most profitable or find ways to appeal to more potential MasterCard customers.

Many banks issue both Visa Cards and MasterCard cards (sometimes several of each); and, if the banks can use this information from MasterCard while Visa does not have or make available such information; the MasterCard company can gain a strategic advantage.

For example, in 2001, MasterCard persuaded Citigroup, the largest issuer of credit cards, to push MasterCard over Visa so that 85 percent of its credit cards came from MasterCard versus only 15 percent from Visa. J. P. Morgan Chase likewise was convinced to use MasterCard for 80 percent of the cards it issued.

What is the Hope?

MasterCard hoped it could persuade banks to use these data; if they could see the value (increased profit) in the process. Joseph Caro, MasterCard’s vice president of Internet technology services, says that “little percentages” can be very profitable to banks. In one case, a bank was requiring its merchants to verify the whole process by using the telephone to call in one transaction out of 50 for approval (rather than using a telecommunications method); while most banks were requiring only one transaction in 500.

Because call-ins cost about $3 each, that bank could save $300,000 a year by switching over to the one in 500 methods. Another bank was turning down one transaction out of five because so many call-ins were timing out. The bank was able to discover that most of the customers turn down were actually creditworthy. By changing its set up, the bank would be able to eliminate thousands of unnecessarily lost transactions.

About 28,000 banks and financial service companies issue MasterCard credit cards. To draw these customers into using its credit card transaction data; MasterCard needed not only to make each bank’s data available to them but also needed to make available appropriate analytic software. MasterCard assigned 35 full-time developers to the task of identifying and creating software tools to accomplish this task.

Drawing on Business Objects Web Intelligence software in 2001; these developers created and programmed 27 tools for the banks to use. (These tools are not free and they are not available to merchants.) One of MasterCard’s new tools, called the Business Performance Intelligence, is for operational reporting and includes a suite of 70 standard reports that banks can use to analyze their daily, weekly, or monthly transaction.

The banks can then compare the results from one market (such as a United States state or region, or a single country) with that of another market. MasterCard also works with individual banks to create their own custom reports, enabling them to concentrate on their own issues and concern. Subscribing banks access the MasterCard business intelligence system via a secure extranet.

The developers also created MarketScope; which are applications that have the goal of helping banks and merchants work together to generate more purchases from the merchants if they pay for by MasterCard. One example they give is to enable Wal-Mart stores to determine how many MasterCard holders spend $25 or more on sporting goods in January and February.

Then, MasterCard’s vice president of systems development, Andrew Clyne, suggested that Wal-Mart could send these card-holders the right to obtain tickets to their closest major league baseball team based upon future sporting goods purchase above a certain dollar minimum. Lacobuzio said that such a strategy should appeal to state and regional banks. However, he believes it is likely that national and international banks would have already developed and are using their own analytical software.

But even they would have a use for MasterCard’s software as a kind of benchmark against; which to measure the effectiveness of their own systems. Moreover, despite the increasing volume, the processing was much faster. As Caro said, “If we can do things faster, little percentages start moving in our direction.”

Visa, however, is not sitting still and is managing about 100 trillion terabytes of data for its clients. Until recently, it mainly supplied the data online or on disks to its bank customers; who used their own software and computers to analyze the data. Recently, Visa started to run analyses for the banks on its own computers.

In May 2002, Visa also introduced a Web service called Resolve Online to help banks deal with disputed payments and is working on providing banks with online analytic tools. “If MasterCard is ahead of the game in any of this”, says Iacobuzio, Visa “will have it in six months”.

MasterCard’s new data storage site, which was opening in May 2002, is also in St. Louis, in a single 525,000-square – foot building. The complex, which was built on open land, cost MasterCard $135 million. The changeover to the new site happened over a weekend with almost no problem; despite the purchases of about $4 billion each day.

Recipes of No Knead or No Dutch Oven Bread

CCase Studies
The Case Study of McDonald’s Strategic Marketing Plan; A strategic marketing plan should be a clear and simple…

CCase Studies
What is the matter of the FEMA Case study? When RBI (The Reserve Bank of India) has asked…