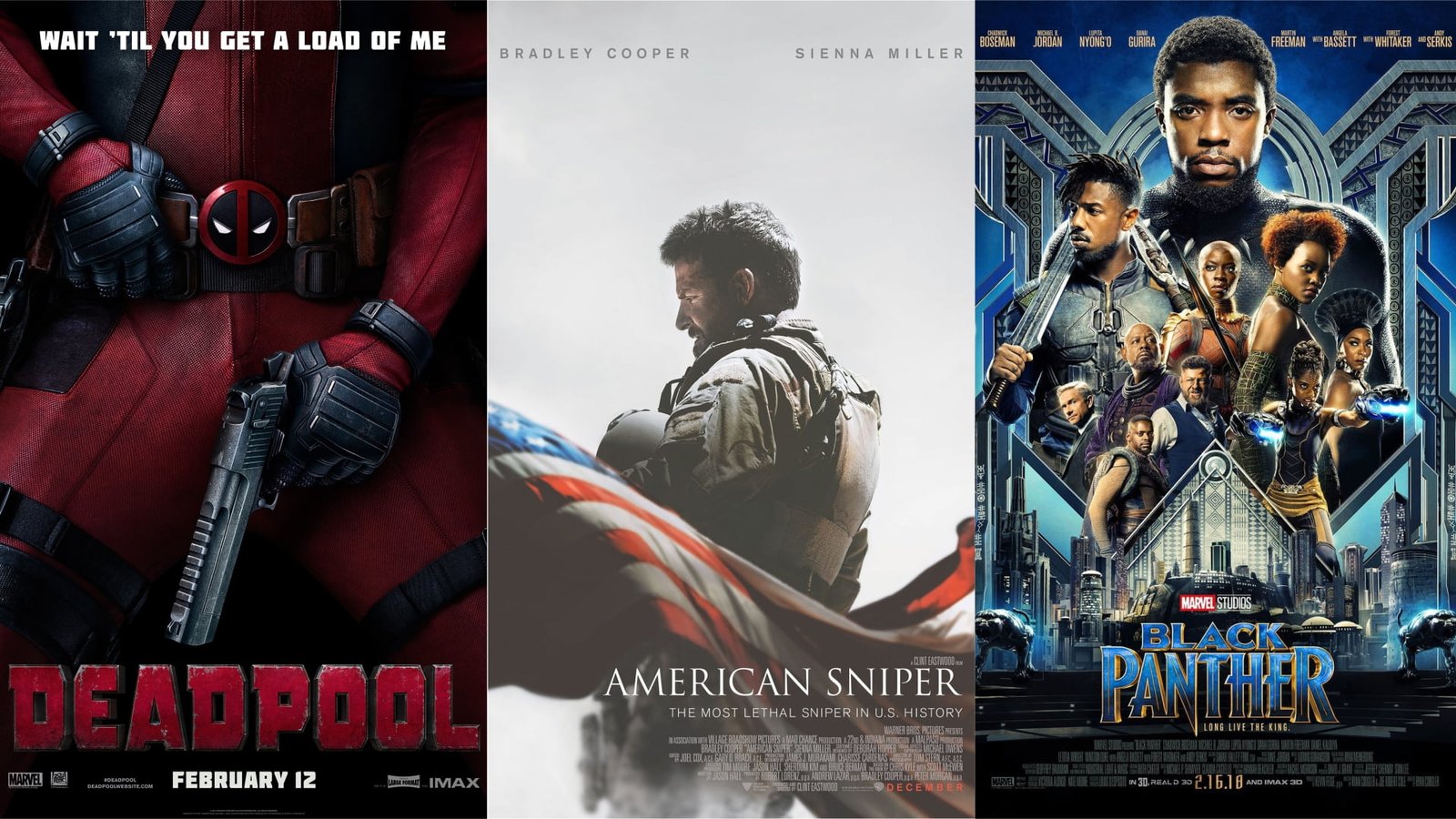 Which one got Movie Record-Breaking these years, Opening Weekend in The Winter Season 2018!

Dear Learner, Happy to share with you. Last year, 2017 not break any record of the winter season still stand Movie Deadpool 2016, Deadpool (Short-story: Mercenary Wade Wilson, subjected to an experiment to heal himself of cancer, obtains healing powers, but at the cost of becoming awfully disfigured. He then adopts the alter ego of Deadpool.) was releasing in 2016. Deadpool box-office opening weekend making $132.43 Million US Dollar. Now Deadpool going to down in the second position. Movie Record-Breaking, Opening Weekend in The Winter Season 2018! Who is breaking the record for the first position? Deadpool with $132 Million, American Sniper with $89 Million, and Black Panther with the opening weekend $202 Million Dollars.

Before Deadpool releasing, American Sniper 2015 stood the first position. American Sniper (Short-story: Even after returning home from the war in Iraq, Chris Kyle, a SEAL sniper, cannot let go of the horrors he has experienced. This begins to affect his marriage and his life.) was released in 2015. American Sniper box-office opening weekend making $89.26 Million US Dollar. Now it falls down in the third position.

Now big surprise and breaking news Black Panther 2018 is breaking the record this year. Black Panther (Stort-story: After the death of his father, T’Challa returns home to the African nation of Wakanda to take his rightful place as king. When a powerful enemy suddenly reappears, T’Challa’s mettle as, the king — and as Black Panther — gets tested when he’s drawn into a conflict that puts the fate of Wakanda and the entire world at risk. Faced with treachery and danger, the young king must rally his allies and release the full power of Black Panther to defeat his foes and secure the safety of his people.) is releasing this year on the Winter Season.

Functions of Management by Henri Fayol

What is Waste Management?