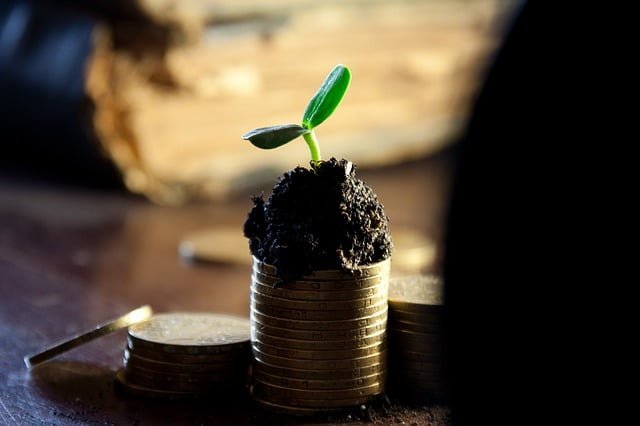 Explain and Introduction to Capital Formation.

Contents:
1. Explain and Introduction to Capital Formation.
1.1. Use of Human Capital Formation:
1.2. Improvement in Technology:
1.3. High Rate of Economic Growth:
1.4. Agricultural and Industrial Development:
1.5. Increase in National Income:
1.6. Expansion of Economic Activities:
1.7. Less Dependence on Foreign Capital:
1.8. Increase in Economic Welfare:
1.9. 1. How to Increasing Savings?
1.9.1. Power and Will to Save:
1.9.2. The perpetuation of Income Inequalities:
1.9.3. Increasing Profits:
1.9.4. Government Measures:
1.10. 2. How to Mobilization can Savings?
1.11. 3. How to Investment can Savings?
1.12. Creation of savings:
1.13. Conversion of savings into investment:
1.14. The actual production of capital goods:

In other words, capital formation involves making more capital goods such as machines, tools, factories, transport equipment, materials, electricity, etc., which are all used for the future production of goods. For making additions to the stock of Capital, saving and investment are essential.

Capital-formation or accumulation plays a predominant role in all types of economics whether they are of the American or the British type, or the Chinese type. Development is not possible without capital-formation.

According to Professor Nurkse,

“The meaning of (Capital Formation) is that society does not apply the whole of its current productive activity to the needs and desires of immediate consumption, but directs a part of it to the tools and making of capital goods: tools and instruments, machines and transport facilities, plant and equipment— all the various forms of real capital that can so greatly increase the efficacy of productive effort. The essence of the process, then, is the diversion of a part of society’s currently available resources to the purpose of increasing the stock of capital goods so as to make possible an expansion of consumable output in the future.”

Saving and investment are essential for capital formation. According to Marshall, saving is the result of waiting or abstinence. When a person postpones his consumption to the future, he saves his wealth which he utilizes for further production, If all people save like this, the aggregate savings increase which is utilized for investment purposes in real capital assets like machines, tools, plants, roads, canals, fertilizers, seeds, etc.

#The Top significance of Capital the Formation:

Capital formation or accumulation is regarded as the key factor in the economic development of an economy. The vicious circle of poverty, according to Prof. Nurkse, can easily be broken in underdeveloped countries through capital formation.

It is the capital formation that accelerates the pace of development with fuller utilization of available resources. As a matter of fact, it leads to an increase in the size of national employment, income, and output thereby the acute problems of inflation and balance of payment.

The following top Significance below is:

Use of Human Capital Formation:

Labor force needs up-to-date implements and instruments is sufficient quantity so that with the increase in population there will be an optimum increase in production and increased labor is easily absorbed.

This helps to instigate technical progress which makes impossible the use of more capital in the field of production and with an increase of capital in production, the abstract form of capital changes.

In the case of poor and underdeveloped countries, the rate of capital formation varies between one percent to five percent while in the latter’s case, it even exceeds 20 percent.

Modern agricultural and industrial development needs adequate funds for the adoption of the latest mechanized techniques, input, and setting of different heavy or light industries.

Without sufficient capital at their disposal, leads to a lower rate of development thus, capital formation. In fact, the development of these both sectors is not possible without capital accumulation.

The rate of growth and the quantity of national income necessarily depends on the rate of capital formation.

So, the increase in national income is possible only by the proper adoption of different means of production and productive use of the same.

As there is an increase in the rate of capital formation, productivity increases quickly and available capital is utilized in a more profitable and extensive way. In this way, complicated techniques and methods are utilized for the economy.

This results in the expansion of economic activities. Capital formation increases investment which effects economic development in two ways.

Firstly, it increases the per capita income and enhances the purchasing power which, in turn, creates a more effective demand.

Related Posts  What does Materials? Meaning, Control and Objectives

Secondly, investment leads to an increase in production. In this way, by capital formation, economic activities can be expanded in underdeveloped countries, which in fact, helps to get rid of poverty and attain economic development in the economy.

In underdeveloped countries, the process of Capital formation increases dependence on internal resources and domestic savings by which dependence on foreign capital is declined.

This gives a setback to internal savings. Thus, by the way of capital formation, a country can attain self-sufficiency and can get rid of foreign capital’s dependence.

This leads to improvement and enhancement in the chances of work. This helps to raise the welfare of the people in general. Therefore, capital formations the principal solution to the complex problems of poor countries.

#The Top 3 Process of Capital Formation:

Thus the problem of capital formation becomes two-fold: one, how to save more; and two, how to utilize the current savings of the community for capital formation. We discuss the factors on which capital accumulation depends.

1. How to Increasing Savings?

The following savings below are:

Power and Will to Save:

Highly progressive income and property taxes reduce the incentive to save. But low rates of taxation with due concessions for savings in provident fund, life insurance, health insurance, etc. encourage savings.

The perpetuation of Income Inequalities:

A perpetuation of income inequalities had been one of the major sources of capital formation in 18th century England and early 20th century Japan. In most communities, it is the higher income groups with a high marginal propensity to save that do the majority of savings.

Professor Lewis is of the view that the ratio of profits to national income should be increased by expanding the capitalist sector of the economy, by providing various incentives and protecting enterprises from foreign competition. The essential point is that the profits of business enterprises should increase because they know how to use them in productive investment.

Like private households and enterprises, the government also saves by adopting a number of fiscal and monetary measures. These measures may be in the form of a budgetary surplus through an increase in taxation (mostly indirect), reduction in government expenditure, expansion of the export sector, raising money by public loans, etc.

Related Posts  What to TAKE During the Job Analysis?

2. How to Mobilization can Savings?

The next step for capital formations the mobilization of savings through banks, investment trusts, deposit societies, insurance companies, and capital markets. “The Kernal of Keynes’s theory is that decisions to save and decisions to invest are made largely by different people and for different reasons.”

To bring the savers and investors together there must be well-developed capital and money markets in the country. In order to mobilize savings, attention should be paid to the starting of investment trusts, life insurance, provident fund, banks, and cooperative societies.

Such agencies will not only permit small amounts of savings to be handled and invested conveniently but will allow the owners of savings to retain liquidity individually but finance long-term investment collectively.

3. How to Investment can Savings?

They have an ambition for power and save in the form of distributed and undistributed profits and thus invest in productive enterprises, besides, there must be a regular supply of entrepreneurs which are capable, honest and dependable. To these may be added, the existence of such infrastructure as well-developed means of transport, communications, power, water, educated and trained personnel, etc.

#The Top 3 Stages of Capital Formation:

The following stages below are:

Capital formation depends on savings. Saving is that part of national income which is not spent on consumption goods. Thus, if national income remains unchanged more saving implies less consump­tion. In other words, in order to save more and more people have to curtail their consumption voluntarily.

If people reduce their consumption savings will increase. If consumption falls some resources used in the production of consumption goods will be released. The creation of money-savings in a country depends mainly on the people’s ability to save and partly on their willingness to save.

Conversion of savings into investment:

However, generation of sav­ings is not enough. Often people save money but this saving largely goes waste because saving is held in the form of idle balance (as in rural areas), or to purchase unproductive assets like gold and jewelry. This is why society’s actual savings falls below its potential savings. Thus, the genera­tion of savings is just a necessary and not a sufficient condition of capital formation.

The actual production of capital goods:

This stage involves the con­version of money-savings into the making of capital goods, or what is known as investment. The latter, in turn, hinges on the existing technical facilities available in the country, existing capital equipment, entrepreneurial skill, and venture, the rate of return on investment, the rate of interest, govern­ment policy, etc.