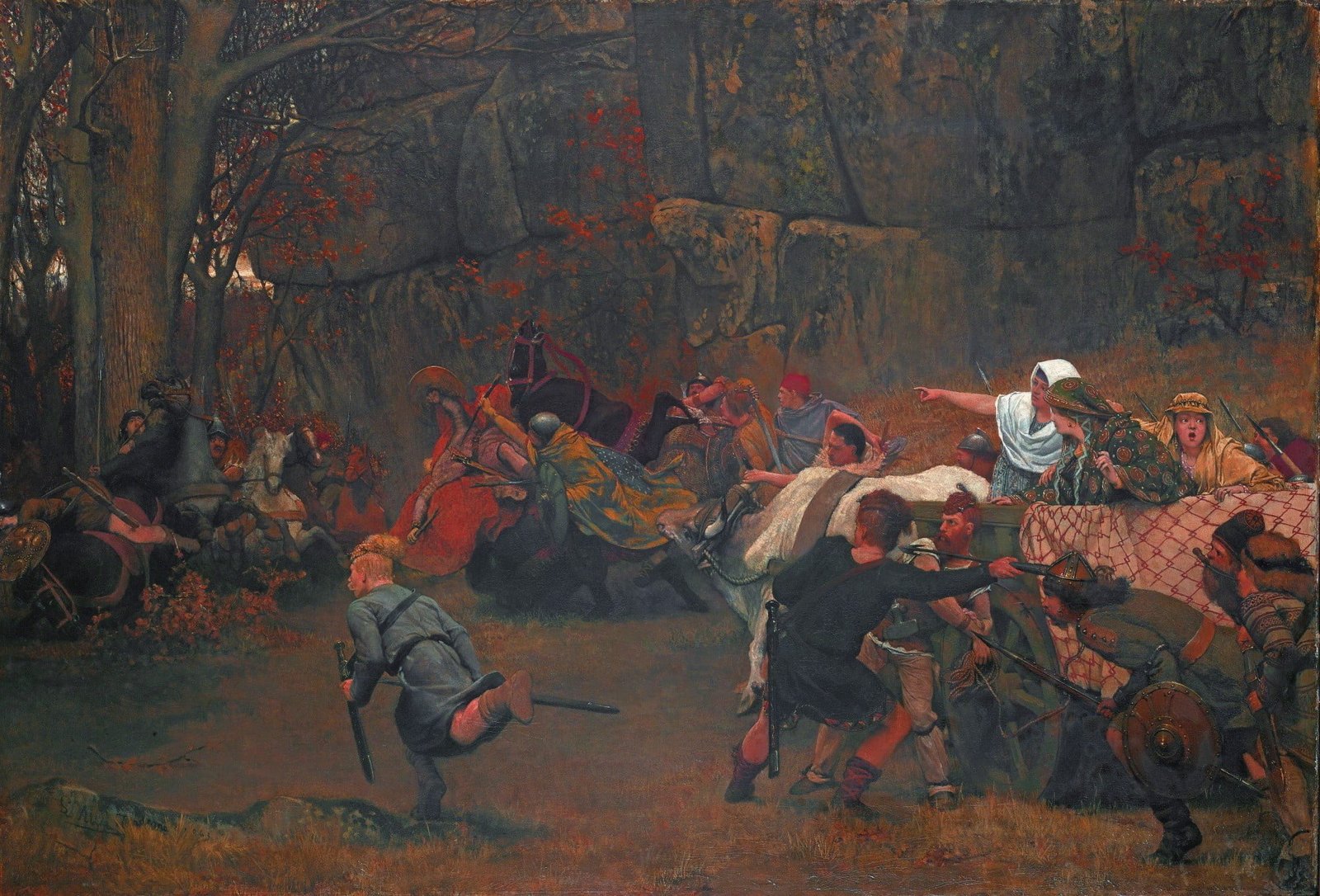 Connecting Readyville and Woodbury was a good, hard turnpike nine or ten miles long. Readyville was an outpost of the Federal army at Murfreesboro; Woodbury had the same relation to the Confederate army at Tullahoma. For months after the big battle at Stone River these outposts were in constant quarrel, most of the trouble occurring, naturally, on the turnpike mentioned, between detachments of cavalry. Sometimes the infantry and artillery took a hand in the game by way of showing their goodwill.

One night a squadron of Federal horse commanded by Major Seidel, a gallant and skillful officer, moved out from Readyville on an uncommonly hazardous enterprise requiring secrecy, caution and silence.

Passing the infantry pickets, the detachment soon afterward approached two cavalry videttes staring hard into the darkness ahead. There should have been three.

“Where is your other man?” said the major. “I ordered Dunning to be here tonight.”

“He rode forward, sir,” the man replied. “There was a little firing afterward, but it was a long way to the front.”

“It was against orders and against sense for Dunning to do that,” said the officer, obviously vexed. “Why did he ride forward?”

When this remarkable reasoner and his companion had been absorbed into the expeditionary force, it resumed its advance. Conversation was forbidden; arms and accountrements were denied the right to rattle. The horses tramping was all that could be heard and the movement was slow in order to have as little as possible of that. It was after midnight and pretty dark, although there was a bit of moon somewhere behind the masses of cloud.

What are the Principles of Learning in Training?

Two or three miles along, the head of the column approached a dense forest of cedars bordering the road on both sides. The major commanded a halt by merely halting, and, evidently himself a bit “skeered,” rode on alone to reconnoiter. He was followed, however, by his adjutant and three troopers, who remained a little distance behind and, unseen by him, saw all that occurred.

After riding about a hundred yards toward the forest, the major suddenly and sharply reined in his horse and sat motionless in the saddle. Near the side of the road, in a little open space and hardly ten paces away, stood the figure of a man, dimly visible and as motionless as he. The major’s first feeling was that of satisfaction in having left his cavalcade behind; if this were an enemy and should escape he would have little to report. The expedition was as yet undetected.

Some dark object was dimly discernible at the man’s feet; the officer could not make it out. With the instinct of the true cavalryman and a particular indisposition to the discharge of firearms, he drew his saber. The man on foot made no movement in answer to the challenge. The situation was tense and a bit dramatic. Suddenly the moon burst through a rift in the clouds and, himself in the shadow of a group of great oaks, the horseman saw the footman clearly, in a patch of white light. It was Trooper Dunning, unarmed and bareheaded. The object at his feet resolved itself into a dead horse, and at a right angle across the animal’s neck lay a dead man, face upward in the moonlight.

“Dunning has had the fight of his life,” thought the major, and was about to ride forward. Dunning raised his hand, motioning him back with a gesture of warning; then, lowering the arm, he pointed to the place where the road lost itself in the blackness of the cedar forest.

The major understood, and turning his horse rode back to the little group that had followed him and was already moving to the rear in fear of his displeasure, and so returned to the head of his command.

“Dunning is just ahead there,” he said to the captain of his leading company. “He has killed his man and will have something to report.”

Right patiently they waited, sabers drawn, but Dunning did not come. In an hour the day broke and the whole force moved cautiously forward, its commander not altogether satisfied with his faith in Private Dunning. The expedition had failed, but something remained to be done.

In the little open space off the road they found the fallen horse. At a right angle across the animal’s neck face upward, a bullet in the brain, lay the body of Trooper Dunning, stiff as a statue, hours dead.

Examination disclosed abundant evidence that within a half hour the cedar forest had been occupied by a strong force of Confederate infantry–an ambuscade.

A Horseman in the Sky