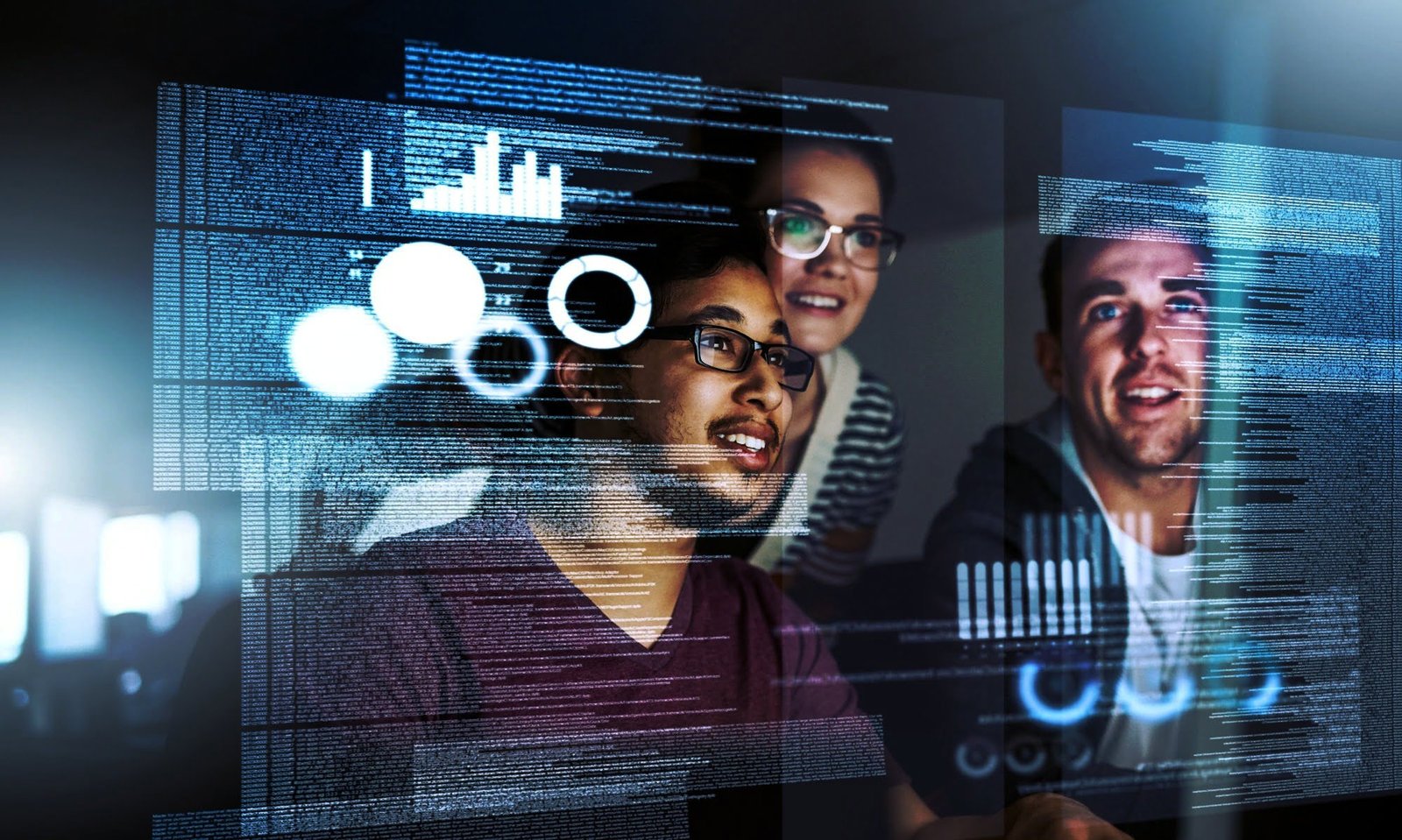 Explain are What is Economics? Meaning and Definition with Criticisms!

Learn, What is Economics? Meaning and Definition, with Few different Author and their Criticisms!

Economics is the social science that studies the production, distribution, and consumption of goods and services. Economics focuses on the behavior and interactions of economic agents and how economies work. Microeconomics analyzes basic elements of the economy, including individual agents and markets, their interactions, and the outcomes of interactions. Individual agents may include, for example, households, firms, buyers, and sellers. Macroeconomics analyzes the entire economy (meaning aggregated production, consumption, savings, and investment) and issues affecting it, including unemployment of resources (labor, capital, and land), inflation, economic growth, and the public policies that address these issues (monetary, fiscal, and other policies). Also learn, What is Demand? Meaning and Definition! What is Economics? Meaning and Definition, with Criticisms!

Economics is a social science concerned with the production, distribution, and consumption of goods and services. It studies how individuals, businesses, governments, and nations make choices on allocating resources to satisfy their wants and needs and try to determine how these groups should organize and coordinate efforts to achieve maximum output.

Economic analysis often progresses through deductive processes, much like mathematical logic, where the implications of specific human activities are considered in a “means-ends” framework.

Economics can generally be broken down into macroeconomics, which concentrates on the behavior of the aggregate economy, and microeconomics, which focuses on individual consumers. Also read, What is Accounting? Meaning and Definition!

The theories, principles, and models that deal with how the market process works. It attempts to explain how wealth is created and distributed in communities, how people allocate resources that are scarce and have many alternative uses, and other such matters that arise in dealing with human wants and their satisfaction.

The following points highlight the top four definitions of Economics. The definitions are:

The English word economics is derived from the ancient Greek word oikonomia—meaning the management of a family or a household.

It is thus clear that the subject economics was first studied in ancient Greece.

What was the study of household management to Greek philosophers like Aristotle (384-322 BC) was the “study of wealth” to the mercantilists in Europe between the sixteenth and eighteenth centuries?

Economics, as a study of wealth, received great support from the Father of economics, Adam Smith, in the late eighteenth century.

Since then, the subject has traveled a long and this Greek or Smithian definition serves our purpose no longer. Over the passage of time, the focus of attention has been changed. As a result, different definitions have evolved.

These definitions can conveniently be grouped into three:

The formal definition of economics can be traced back to the days of Adam Smith (1723-90) — the great Scottish economist. Following the mercantilist tradition, Adam Smith and his followers regarded economics as a science of wealth which studies the process of production, consumption, and accumulation of wealth.

The Spoken Word does not Come to Back

His emphasis on wealth as a subject-matter of economics is implicit in his great book— ‘An Inquiry into the Nature and Causes of the Wealth of Nations or, more popularly known as ‘Wealth of Nations’—published in 1776.

According to Smith: “The great object of the Political Economy of every country is to increase the riches and power of that country.” Like the mercantilists, he did not believe that the wealth of a nation lies in the accumulation of precious metals like gold and silver.

Other contemporary writers also define economics as that part of knowledge which relates to wealth. John Stuart Mill (1806-73) argued that economics is a science of production and distribution of wealth. Another classical economist Nassau William Senior (1790-1864) argued: “The subject-matter of the Political Economics is not Happiness but Wealth.” Thus, economics is the science of wealth. However, the last decade of the nineteenth century saw a scathing attack on the Smithian definition and in its place, another school of thought emerged under the leadership of an English economist, Alfred Marshall (1842-1924).

Criticisms – Following are the main criticisms of the classical definition:

i. This definition is too narrow as it does not consider the major problems faced by a society or an individual. Smith’s definition is based primarily on the assumption of an ‘economic man’ who is concerned with wealth-hunting. That is why critics condemned economics as ‘the bread-and-butter science’.

ii. Literary figures and social reformers branded economics as a ‘dismal science’, ‘the Gospel of Mammon’ since Smithian definition led us to emphasize on the material aspect of human life, i.e., generation of wealth. On the other hand, it ignored the non-material aspect of human life. Above all, as a science of wealth, it taught selfishness and love for money. John Ruskin (1819-1900) called economics a ‘bastard science.’ The Smithian definition is bereft of changing reality.

iii. The central focus of economics should be on scarcity and choice. Since scarcity is the fundamental economic problem of any society, the choice is unavoidable. Adam Smith ignored this simple but essential aspect of any economic system. Similar, What is Economics of Development? Meaning and Definition!

Alfred Marshall in his book ‘Principles of Economics published in 1890 placed emphasis on human activities or human welfare rather than on wealth. Marshall defines economics as “a study of men as they live and move and think in the ordinary business of life.” He argued that economics, on one side, is a study of wealth and, on the other, is a study of man.

Emphasis on human welfare is evident in Marshall’s own words: “Political Economy or Economics is a study of mankind in the ordinary business of life; it examines that part of the individual and social action which is most closely connected with the attainment and with the use of the material requisites of well-being.”

Thus, “Economics is on the one side a study of wealth; and on the other and more important side, a part of the study of man.” According to Marshall, wealth is not an end in itself as was thought by classical authors; it is a means to an end—the end of human welfare.

This Marshallian definition has the following important features:

What are the Dimensions of Organizational Climate?

i. Economics is a social science since it studies the actions of human beings.

ii. Economics studies the ‘ordinary business of life’ since it takes into account the money-earning and money-spending activities of man.

iii. Economics studies only the ‘material’ part of human welfare which is measurable in terms of the measuring rod of money. It neglects other activities of human welfare not quantifiable in terms of money. In this connection A. C. Pigou’s (1877- 1959)—another great neo-classical economist—definition is worth remem­bering. Economics is “that part of social welfare that can be brought directly or indirectly into relation with the measuring rod of money.”

iv. Economics is not concerned with “the nature and causes of the Wealth of Nations.” The welfare of mankind, rather than the acquisition of wealth, is the object of primary importance.

Criticisms: Though Marshall’s definition of economics was hailed as a revolutionary one, it was criticised on several grounds. They are:

i. Marshall’s notion of ‘material welfare’ came in for sharp criticism at the hands of Lionel Robbins (later Lord) (1898- 1984) in 1932. Robbins argued that economics should encompass ‘non- material welfare’ also. In Real life, it is difficult to segregate material welfare from non-material welfare. If only the ‘materialist’ definition is accepted, the scope and subject-matter of economics would be narrower, or a great part of the economic life of man would remain outside the domain of economics.

iii. Marshall’s definition aimed at measuring human welfare in terms of money. But ‘welfare’ is not amenable to measure­ment since ‘welfare’ is an abstract, subjective concept. Truly speaking, money can never be a measure of welfare.

v. Finally, Marshall’s definition ignores the fundamental problem of scarcity of any economy. It was Robbins who gave a scarcity definition of economics. Robbins defined economics in terms of allocation of scarce resources to satisfy unlimited human wants.

The most accepted definition of economics was given by Lord Robbins in 1932 in his book ‘An Essay on the Nature and Significance of Economic Science. According to Robbins, neither wealth nor human welfare should be considered as the subject-matter of economics. His definition runs in terms of scarcity: “Economics is the science which studies human behavior as a relationship between ends and scarce means which have alternative uses.”

From this definition, one can build up the following propositions:

(i) Human wants are unlimited; wants multiply—luxuries become necessities. There is no end of wants. If food were plentiful, if there were enough capital in the business, if there were abundant money and time—there would not have been any scope for studying economics. Had there been no wants there would not have been any human activity. Prehistoric people had wanted. Modern people also have wanted. Only wants change—and they are limitless.

(iii) Since the prehistoric days, one notices constant effort of satisfying human wants through the scarcest resources which have alternative uses. The land is scarce in relation to demand. However, this land may be put to different alternative uses.

Society will have to decide which wants are to be satisfied immediately and which wants are to be postponed for the time being. This is the choice problem of an economy. Scarcity and choice go hand in hand in each and every economy: “It exists in the one-man community of Robinson Crusoe, in the patriarchal tribe of Central Africa, in medieval and feudalist Europe, in modern capitalist America and in Communist Russia.”

The American Nobel Prize winner in Economics in 1970, Paul Samuelson, observes: “Economics is the study of how men and society choose, with or without the use of money, to employ scarce productive resources which could have alternative uses, to produce various commodities over time, and distribute them for consumption, now and in the near future, among various people and groups in society.”

Criticisms: This does not mean that Robbins’ scarcity definition is fault free. His definition may be criticised on the following grounds:

ii. According to Robbins, the root of all economic problems is the scarcity of resources, without having any human touch. Setting aside the question of human welfare, Robbins committed a grave error.

iv. Economics, at the hands of Robbins, turned to be a mere price theory or microeconomic theory. But other important aspects of economics like national income and employment, the banking system, taxation system, etc., had been ignored by Robbins.

That is why the Robbinsian definition is more popular: Economics is the science of making choices. Modern economics is a science of rational choice or decision-making under conditions of scarcity.

Most Important Characteristics of Organizational Culture

How to Explain Observing Trends in Entrepreneurship?